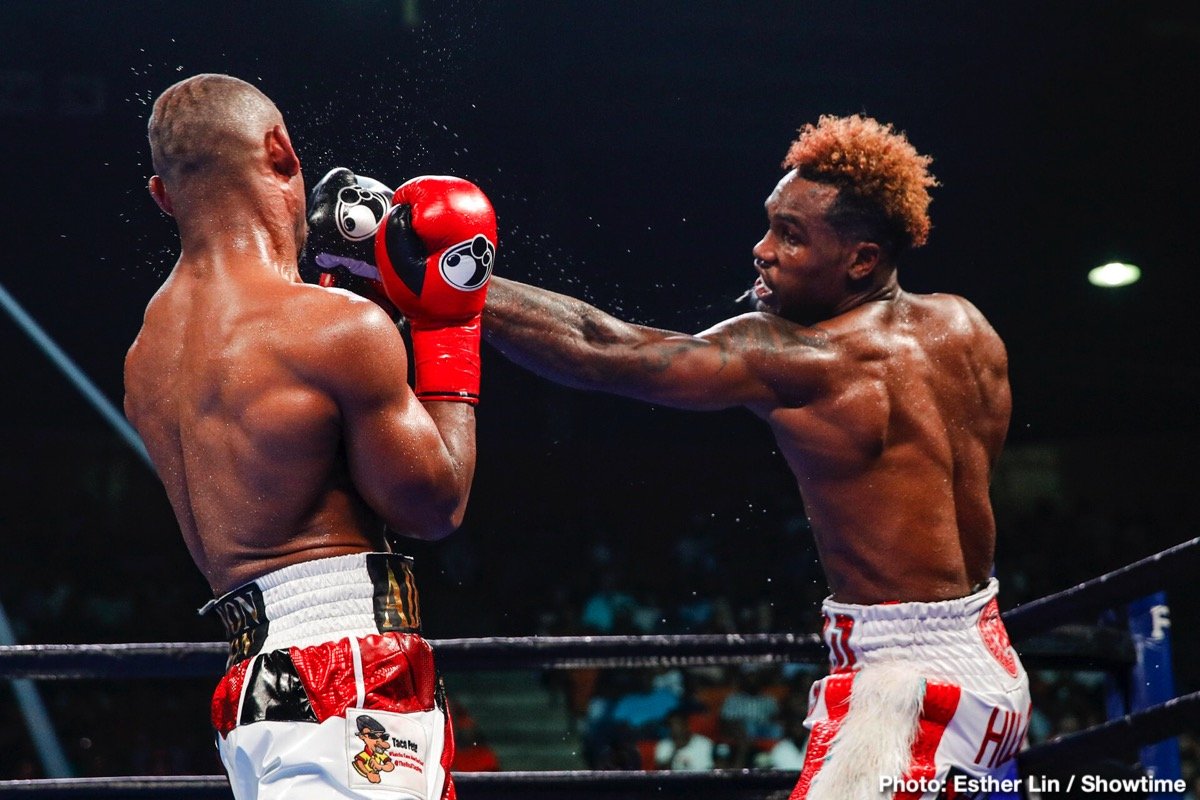 By Allan Fox: WBC middleweight champion Jermall Charlo says he’s not going to let #5 WBC Dennis Hogan bully him in their upcoming fight on December 7. Charlo (29-0, 21 KOs), who is making his second defense of his WBC belt, is ready to brawl with the 34-year-old Hogan (28-2-1, 7 KOs).

Charlo and Hogan will be fighting on Showtime at the Barclays Center in Brooklyn, New York.

It’s strange that Charlo’s management picked Hogan out for Jermall to defend his WBC title against, because he’s coming off of a loss to WBO 154-lb champion Jaime Munguia on April 13. That defeat should have made Hogan an undesirable opponent, considering a lot of fans saw that fight. The fans are wondering why Charlo is fighting a guy that just lost in a title bid. It looks bad that Charlo is combing the beaten ranks to find his opponents.

The defeat by Hogan was a controversial one, but he STILL lost the fight. It sends the wrong message to boxing fans, and to fighters when a guy gets consecutive title shots.

It would have been better for Charlo’s promoters and managers to match him against a fighter coming off of a win rather than a loss like Hogan. Matching Charlo against the light-hitting Hogan strengthens the perception that he’s being fed weak opposition repeatedly.

“If he thinks he can bully me, then I’ll show him he made a big mistake,” said Charlo. “I’m back where I want to be. It took me a little while to fill out into a true middleweight, but I’m here now.”

Hogan doesn’t have a reputation as a slugger, so it’s unclear where Charlo got the idea that the Irish fighter will be trying to go to war with him. He might have Hogan mixed up with someone else in the 160-lb division, because he’s the opposite of a slugger. Hogan has a KO percentage of 22.58 compared to Charlo’s 72.41%.

Charlo has failed to knockout his last two opponents Brandon Adams and Matt Korobov, and the reason for that is he’s not a big puncher at 160. If Charlo had the right fighting style, he would have more knockouts, but he doesn’t throw enough combinations. He’ll throw a shot, and then get out of the way of the return fire. To knockout guys at 160, a fighter has to put themselves in harm’s way, and be willing to throw combinations. Charlo doesn’t do that.

“I’m going sit right there and fight with Hogan,” said Charlo. “I’m not going anywhere. My mind is sharper than his also, but if he wants to make it a brawl, I’m ready.”

Charlo sounds like he hasn’t done his homework to study the type of fighter Hogan is, since he’s not a slugger. He’s a defensive guy who uses movement, and thows pot shots as he dives in. If Hogan was a slugger, he’d have a lot more losses on his resume than 2.