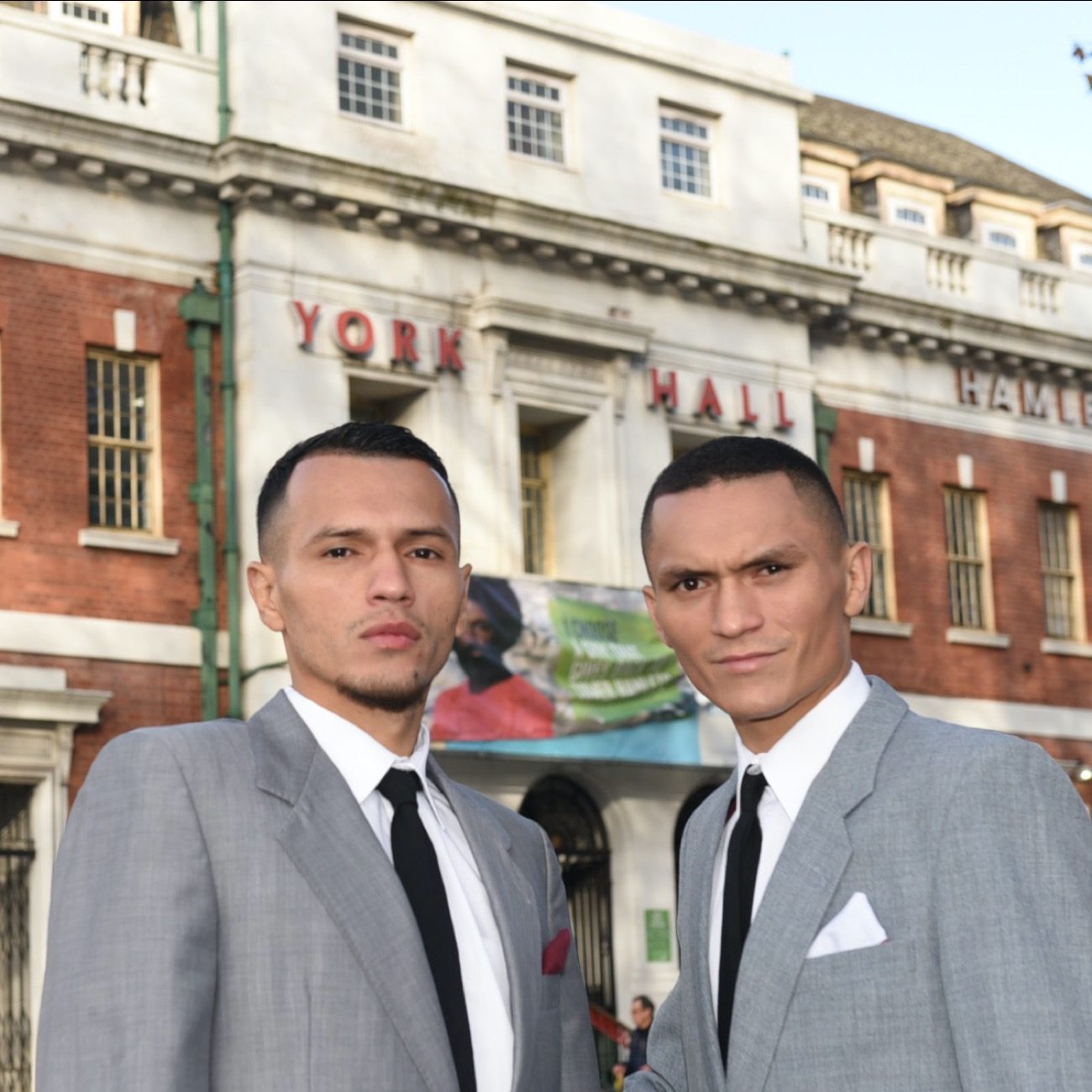 Nicaraguan Nightmares Francisco and Fonseca Freddie bowl into London’s East End this Saturday night seeking to cause the kind of carnage not seen since the Kray twins, Ron and Reg, ruled the manor with their own iron fists back in the 60s.

The Fonseca bros descend on the hallowed York Hall, Bethnal Green – just a check left hook from the twins’ family home in Vallance Road – intent on cutting down home hopes Alex Dilmaghani and John Joe Nevin in a brace of world grade super-featherweight shoot-outs that will be screened live and exclusive in the U.K on free-to-air Channel Five. Fransisco takes on Dilmaghani for the Vacant IBO World Super-Featherweight title, while Freddy faces Irish star Nevin for the Vacant WBA International Super-Featherweight title.

Just like the Krays, the Brothers Fonseca are a study of menace and violence. Between them, they boast 37 early knockouts in 60 starts combined so compassion is likely to be in short supply when they land at the home of London boxing this Saturday night.

Prior to terrorizing London’s East End in the 60s, Ron and Reg proved pretty handy with their dukes themselves.

Introduced to the Noble Art by maternal grandfather Jimmy ‘Cannonball’ Lee, both fought on the fairground booths – once famously against each other – and both were decent amateurs. Reg, older by 10 minutes, even netted a London schoolboy title.

In 1951, as 17 year olds, they turned pro together on a promotion in Mile End and were to fight on the same bill on six occasions. Lightweight Reg, easily the more skilled, won seven straight while welter Ron lost twice in six – once by DQ(!) – before their progress was scuppered by national service.

Later their combative instincts brought fame and fortune but, alas, not inside the prize ring!

But the reality is that, as pugilists, the twins weren’t a patch on the lethal Latinos who claim over 50 pro wins and have both operated at top world level.

Twenty seven year old Freddie, elder by two years, gave white hot US talent ‘Jo Jo’ Diaz a hard night in a WBA Gold title fight this May, while Francisco has twice acquitted himself with credit in IBF world title fights, losing to the formidable US duo of Gervonta Davis and Tevin Farmer. Both Fonsecas are young enough and tough enough to return to the highest stage.

“On November 16th, you’ll see the toughest brothers ever to fight in London,” claimed Francisco.

“This ‘East End’ might be rough but it’s hardly the barrios of Managua! Forget these gangsters, our weapons are our fists and our records inside the ring proves we know how to use them. Destructively! Dilmaghani doesn’t know what’s coming his way.”

Freddy added, “Nevin and Dilmaghani are talented fighters, for sure, but they’re nowhere near our experience and they’ve nothing close to our power. They’re going to be eliminated, painfully, before their own fans. We don’t mess about, we’re not here to play. Believe me, the judges won’t be needed.”

Irish ace John Joe Nevin scoffs at suggestions that he is being pitched into a world class assignment without the appropriate professional seasoning.

In 13 paid outings so far, the super-skilled 2012 Olympic finalist and 2013 European amateur gold medallist is yet to feature beyond eight rounds.

However, at London’s York Hall this Saturday (16 November), Nevin has been cast against Nicaragua’s seriously nasty Freddy Fonseca, a proven world grade operator who has conceded just four times in 32 starts and sent 18 opponents down before the scorecards were required.

The pair collide over 10 rounds for the WBA International Super-Featherweight Championship with the victor assured a world ranking. The salivating showdown will be screened live and exclusive in the U.K on free-to-air Channel Five.

‘I’m not remotely worried. After being told I’d never boxing again, I’m enjoying these new challenges. I’ll be walking my way to the world title!’ quipped the Mullingar traveller who was told he might never box again after both his legs were broken in an out-of-ring altercation in April 2014.

‘You have to remember all my experience from the WSB (World Series of Boxing). I had 11 bouts (9 wins) boxing for Paris United, then the London Lionhearts; without head guards, wearing eight-ounce gloves in five round fights against elite opposition with professional style scoring. They were proper, aggressive scraps. They more than compensate.

‘On November 16th, U.K fans will see the skills of a genuine contender who’s coming to hunt the world champions down. After nailing the WBA International title I’ll chase a world title straight after. I’d only be interested in the European belt and the like if it guarantees getting me closer to a world title.

‘(Reigning IBF Champion) Tevin Farmer would be my preferred choice. He’s from Philly where I was based for the start of my pro career (under promoter Tom Moran’s GreenBlood organisation). When we were on the same bill, I sold a lot more tickets than Farmer ever did. They weren’t boxing fans who attended, they were John Joe Nevin fans.

‘Farmer beat two Irish guys already, Jono Carroll and James Tennyson, so I’d like to avenge that for Irishmen everywhere. I’d willingly fight Tevin in his home town but before MY fans. He’s pretty slick too but he’s not got what I’ve got.’

But if he’s to force that grudge match, nifty, nimble Nevin knows he must cast a spell over the formidable Fonseca in London on Saturday week in what is easily the stiffest assignment of his five and a half year pro career.

‘This kid’s no journeyman. He’ll not go into hiding. He’ll really go for it,’ acknowledges the man from County Westmeath.

‘Fonseca brings this big, big left hand. He knows he can punch but I’m confident I can frustrate him then walk him onto stuff. And I hit very hard. My record shows just the four kayos but it’s very hard to knock a man out when he’s running away. It’s just about timing the right punch.

‘An impressive win will stick me into the world top 15 and then I’ll not be too far away.’

Haney vs. Fortuna possible for Bay Area in March »