Haney vs. Fortuna possible for Bay Area in March 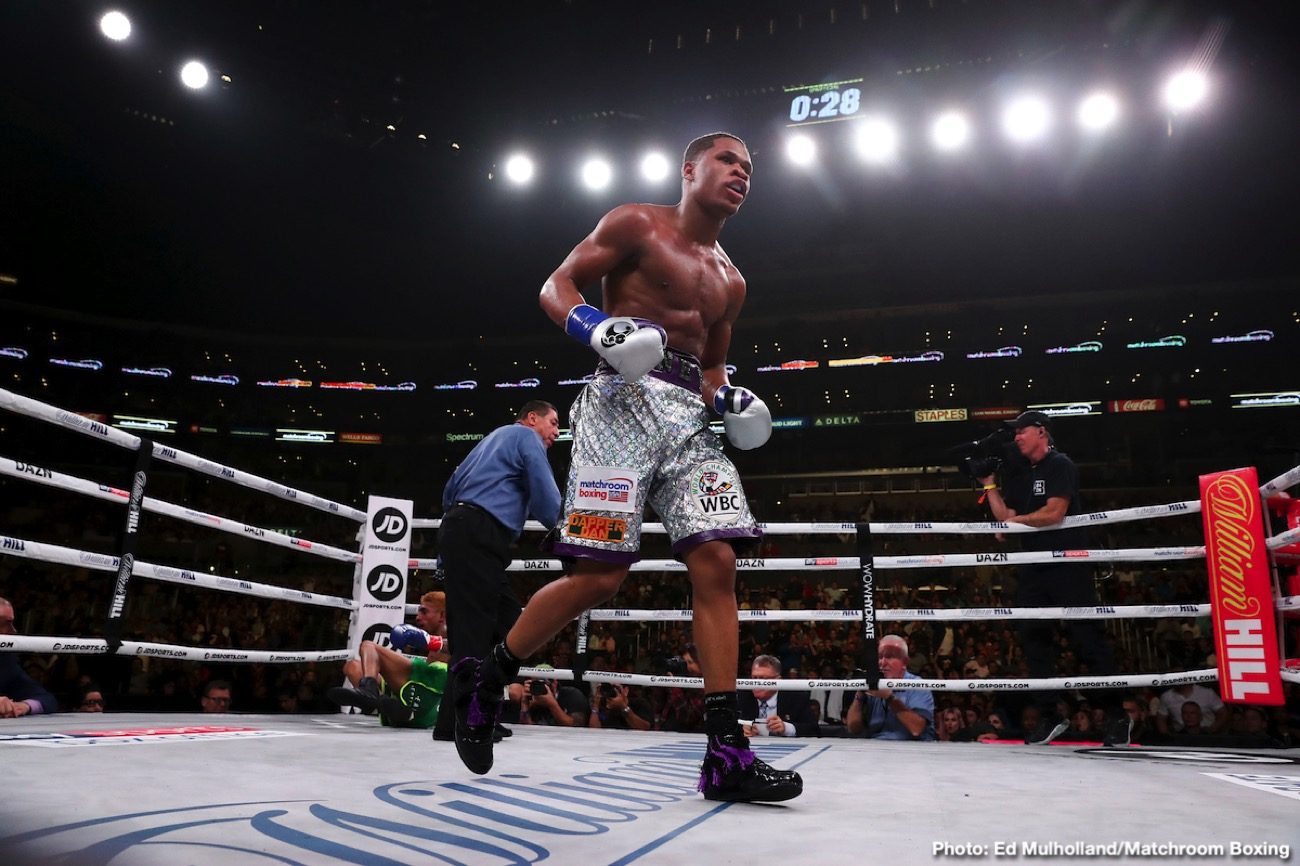 By Tim Royner: Eddie Hearn has made an offer to Javier Fortuna’s team for him to come to the Bay Area in Northern California to challenge WBC lightweight champion Devin Haney (24-0, 15 KOs) in late March.

A great venue for the Haney vs. Fortuna fight would be at the Oracle Center in Oakland. There’s a lot of different places for that fight to be stayed in that area. There’s the Cow Palace in Daly City, which is right next door to San Francisco and Oakland. That would be an interesting option for Haney’s next fight. They do a lot of concerts at that venue.

Hearn blames Haney’s less than stellar performance last Saturday night against Alfredo Santiago on him being too busy with his career. The 20-year-old Haney fought four times in 2019, which is twice the amount most elite level fighters do. This year, Haney has beaten the following fighters:

It’s easier for a younger fighter like Haney to get away with being incredibly active compared to a guy in his 30s.

“I’d like to take Devin to the Bay Arena for the end of March,” said Hearn about Haney’s next fight against Javier Fortuna.

Fortuna (35-2-1, 24 KOs)  is a former WBA super featherweight champion. He’s won his last two fights against Jesus Marcelo Cuellar and Sharif Bogere. He’s looked good against this level of opposition, but he looked poor in his match against Adrian Granados last year in June in Frisco, Texas.

That was the fight in which Fortuna fell out of the ring in the 4th, and injured his shoulder, and was unable to resume fighting. It looked to some like Fortuna was looking for a way out of a fight that wasn’t going well for him. Granados was nailing Fortuna with heavy shots, and it looked like he wasn’t going to be able to take the damage for too much longer without being at risk of being stopped.

Haney’s problems against the 5’11” Santiago weren’t a product of the wear & tear of fighting four times in 2019, as Hearn believes. He was facing a tall guy that had a lot of experience and decent power. This was a different type of fighter than the guys that Haney had previously been fighting, and it took him awhile to figure him out.