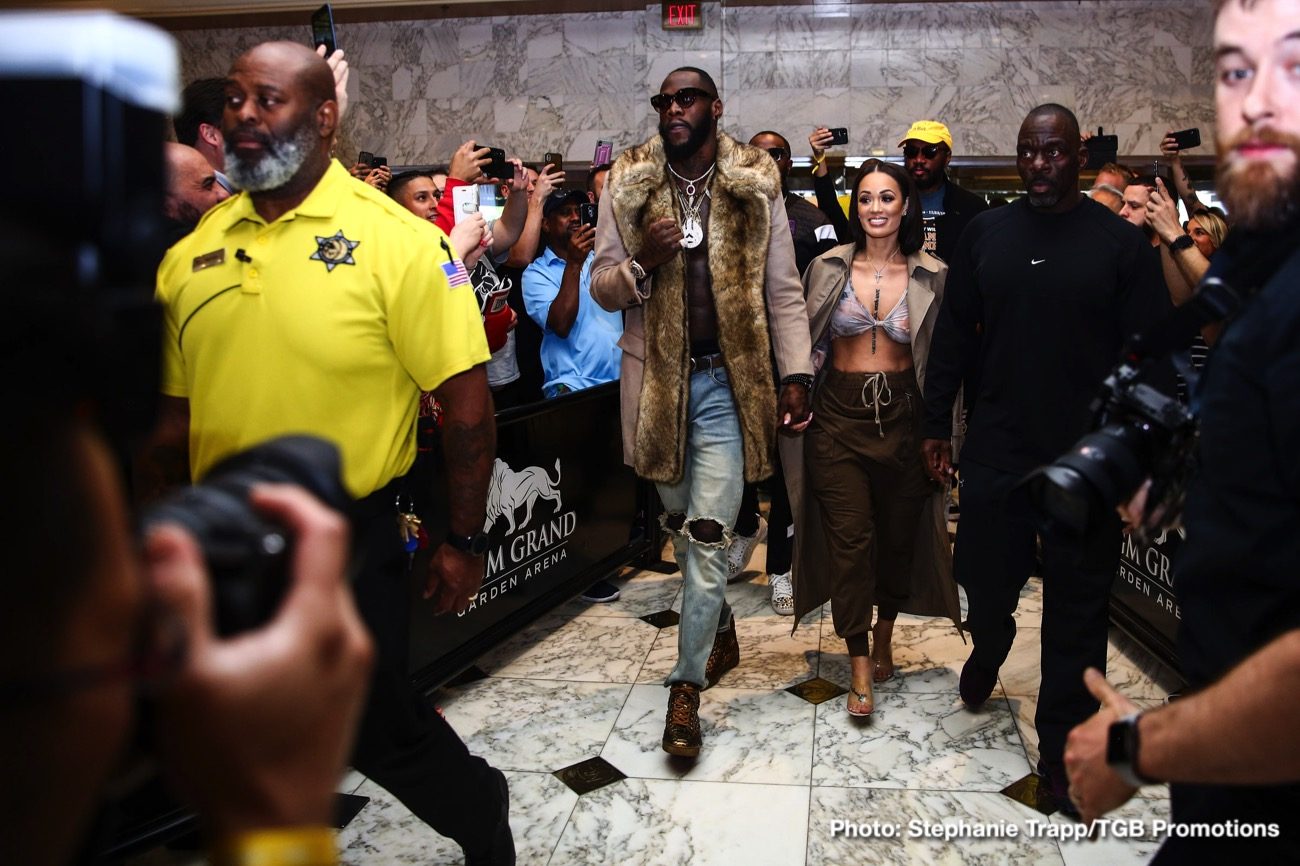 Foreman likes what he sees in the unbeaten Wilder (41-0-1, 40 KOs), who will be defending his title this Saturday night on Fox Sports Pay-Per-View against Luis Ortiz (31-1, 26 KOs) at the MGM Grand Garden Arena in Las Vegas, Nevada.

Deontay Wilder’s right hand is like a locomotive – Foreman

“it’s like Bob Gibson, that great baseball pitcher,” said George Foreman in talking about Wilder’s right hand power. “That’s the reason they shaved off that mound. With him coming off that mound, they were even more afraid of him hitting you with that ball.

“Wilder, he comes off that mound with that height, and that right hand is like a steaming locomotive. You’d better duck, and if you can’t duck, then you better not get in there,” said Foreman.

Wilder has got the kind of power that bails him out sometimes when he’s struggling with his opponents. We saw that in Wilder’s fight last year against Luis Ortiz. Things looked bleak for Wilder in the 7th round after he was hurt by a hard shot from Ortiz. However, two rounds later, Wilder hurt Ortiz, and then knocked him out in the 10th.

Big George had excellent punching power on his own right during his career. He was a furious puncher with knockout wins over Joe Frazier, Ken Norton, Chuck Wepner and George Chuvalo.

Foreman was surprised when Fury got up after Wilder dropped him

“I was shocked when he got up from that shot,” said Foreman about Wilder’ knockdown of Fury. “When he got up from that shot, I was shocked,” said Foreman in talking about Tyson Fury getting up from his 12th round knockdown he suffered against Wilder. I said, ‘No way.’ So that tells you there’s another kind of creature out there. This guy can really fight. They call him the ‘Gypsy King,’ and he’s more than that.

Height doesn’t make you a good fighter. Business does not. It’s right here that makes you a good fighter [Foreman points to his heart]. You decide, ‘I’m getting in the ring, and even if it’s Goliath himself, I’m going to get him.’ Size has nothing to do with it.

As you seen with [Andy] Ruiz and [Anthony] Joshua, size has got nothing to do with it,” said Foreman.”He’s got power, and a New York taught him how to punch,” said Foreman about Wilder. “Mark Breland taught him how to throw a right hand as reckless as he is, and if you’re in the way, you’re going down. I’ve seen a lot of power with Deontay Wilder. More power than anyone else in the heavyweight division,” said Foreman.

Only one fighter has ever gone the full 12 round distance against Wilder, and that Tyson Fury. The two of them fought to a 12 round draw last year. Fury didn’t dare try and slug with Wilder though, since that would have led to disastrous circumstances for the British heavyweight. When Fury did stand and fight Wilder in the 12th, he was knocked down.