Emanuel Navarrete wants Luis Nery to fight him at 122 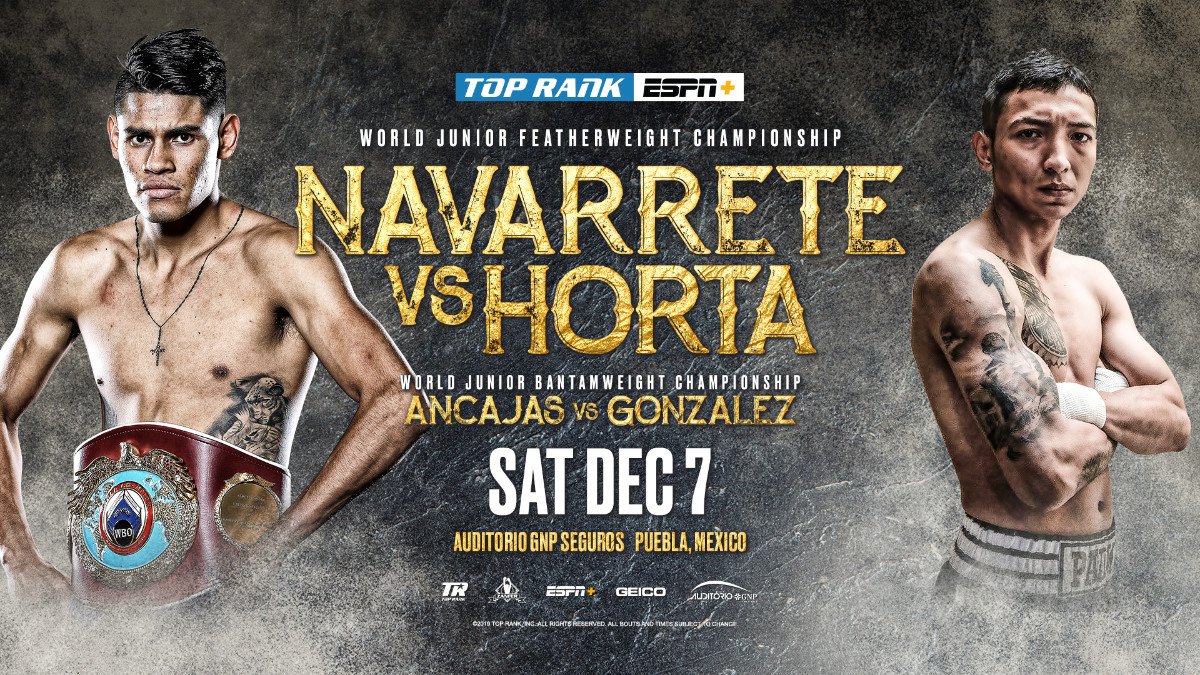 By Aragon Garcia: WBO super bantamweight champion Emanuel Navarette is offering former WBO 118-lb champion Luis ‘Pantera’ Nery a title shot against him after hearing the problems he had last week in failing to make weight for his fight against Emanuel Rodriguez.

The fight could have gone on, since Nery had only come in ONE pound over the bantamweight limit at 119 lbs, but Rodriguez chose not to go on with the match. It could have been a hard fight for Rodriguez to win.

The World Boxing Council have subsequently removed the talented unbeaten Nery (30-0, 24 KOs) as the mandatory challenger for WBC bantamweight champion Nordine Oubaali, and left him back at ground one where it could take him ages to work his way back to the #1 ranking. It was a lucky break for Oubaali, since he would have been in a world of hurt if he had to defend his title against Nery.

Navarette (29-1, 25 KOs) isn’t turning back on his stable-mate Nery, and chosen to offer him a title shot if he’s interested. Nery hasn’t made an immediate comment about what his plans are for his career, but it’s excellent news that he’s been given the option for a title shot in the next weight class by the knockout artist Navarette.

The big punching Navarette, 27, will be defending his World Boxing Organization 122-lb title next week against #13 WBO Francisco Horta on December 7 on ESPN+. In the co-feature bout on the card, IBF super flyweight champion Jerwin Ancajas defends against Miguel Gonzalez in a fight that promises to be action-packed. The card begins on ESPN+ at 10 p.m. ET/7 p.m. PT.

“Don’t look for me. Call me on the phone and make the fight,” said Navarrete to Fightnews.com. “It depends on companies and interest. Unfortunately, the way I won the title has made many prefer to take another path.”

Navarrete is showing a lot of class in giving his fellow stable-mate Nery a helping hand rather than turning his back on him in a time of need.

Nery and Navarrete have a lot in common with both guys being feared and avoided by the top contenders and champions. The way that Emmanuel Rodriguez quickly backed out of the fight with Nery last weekend when he came in 1 pound over the limit, it has some boxing fans believing that he wanted NO part of the proud warrior.

Nery has a decision to make

The Freddie Roach trained Nery will need to make a quick decision in which direction he’ll be going in with his career. If he opts to stay at 118, then he’ll need to buckle down and perhaps get a high quality nutritionist and strength & conditioning coach to help him keep his weight down. Nery’s failure to make weight against Rodriguez was the third time in the last three years in which he had failed to make weight.

Nery upset a lot of boxing fans when destroyed the popular Japanese fighter Shinsuke Yamanaka twice in a row in knockout victories. In their rematch last year in March 2018, Nery blasted Yamanaka in two rounds. That had people upset enough as it is, but Nery coming in 3 lbs over the limit at 121 lbs was like throwing fuel on the already burning fire.

People unhappy with Nery destroying the legend Yamanaka pointed to him coming in overweight as the entire reason why he won the fight, and that was ridiculous. Nery had already proven himself as the superior fighter to Yamanaka in the first fight, and it likely would have been no different even if he’d made weight.