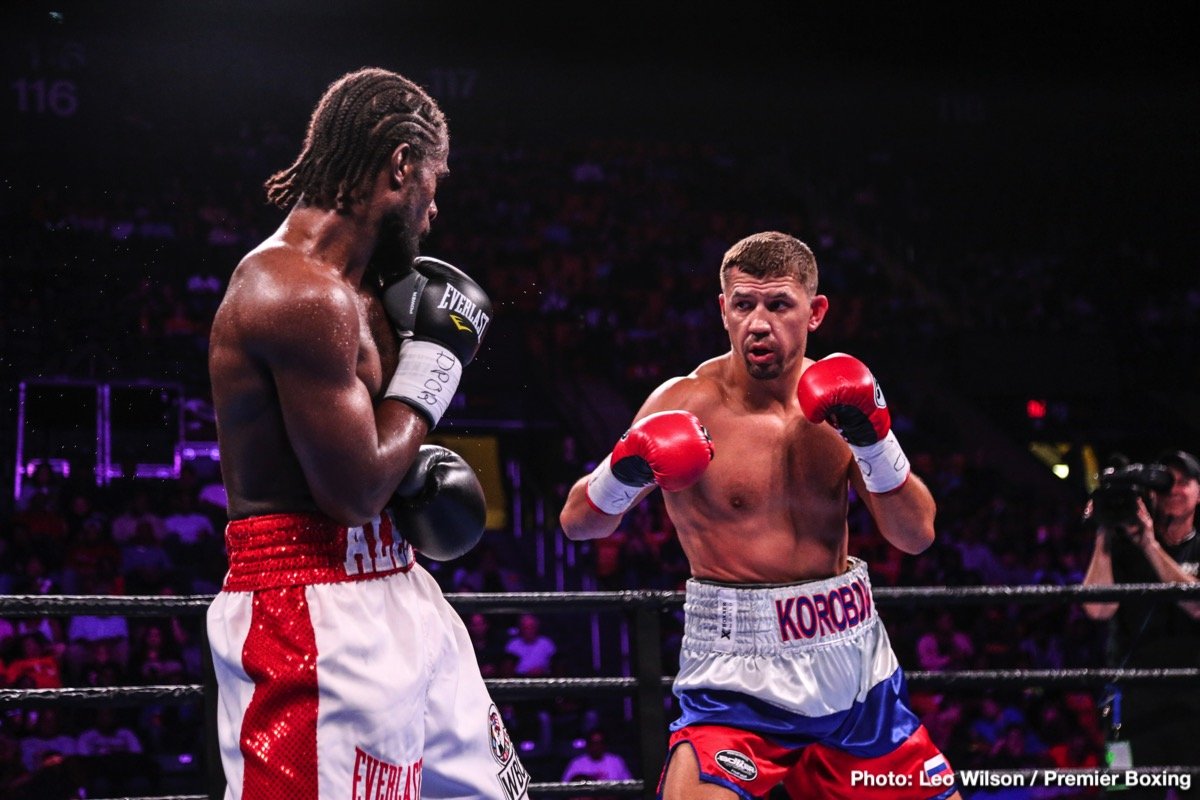 Tickets for the live event, which is promoted by Lions Only Promotions and TGB Promotions, are on-sale now and can be purchased at ticketmaster.comand barclayscenter.com. Tickets also can be purchased at the American Express Box Office at Barclays Center. Group discounts are available by calling 844-BKLYN-GP.

Eubank will make his U.S. pro debut on December 7, after establishing himself as a contender at 160 and 168 pounds while fighting in his native United Kingdom. He most recently registered a career-best win over former champion James DeGale in February on SHOWTIME in London but will now move back down to 160 pounds to seek a title at middleweight beginning with the fight against Korobov.

Korobov will return to fight at Barclays Center for the second time nearly one year after losing a close decision to Charlo as a late replacement opponent last December in Brooklyn. After fighting to a controversial draw against Immanuwel Aleem in May, Korobov will look to make a statement against Eubank to earn another shot at a world title.

Here is what Eubank and Korobov had to say about their matchup, a future fight with Jermall Charlo and more:

How does it feel to be making your U.S. pro debut on December 7? What are you looking to show the U.S. fans in this fight?

“It’s always been a dream of mine to fight in the U.S. Even with everything I’ve done in the sport over in the U.K, I’ve always felt there was something missing and I believe it was the urge to introduce myself and my fight style to the American audience of fight fans. Now I have my opportunity.”

Why did you make the decision to move down to middleweight for this fight? In what ways are you stronger at 160-pounds?

“I’ve never been a real super middleweight. I walk around at 170 pounds out of competition and have to eat breakfast the day of my weigh-ins to make 168. I believe at 160 I am going to be a beast now that I have become accustomed to fighting much bigger fighters over the last three years.”

What do you know about Korobov as a fighter and how do you see this fight going stylistically?

“I think Korobov will be awkward until I pin him down and when I do, I will show the audience why I am a fan friendly fighter.”

If you’re able to get past Korobov, what would you think of a fight against Jermall Charlo? What advantages do you think you have in that fight?

“When I dispatch of Korobov, Charlo is definitely the name that’s on my radar. He is seen as one of the elite fighters in the middleweight division and I intend to prove that he is not on my level. It will be satisfying stamping my mark on the division against Charlo after I beat Korobov. I think it will be a great fight for the fans as together our styles would make for a very exciting bout.”

Is it exciting to be back at Barclays Center as the co-main event to Charlo, because with a win, you have an opportunity to show him why you deserve the rematch?

“Yes, it is very exciting to be back at Barclays Center, only this time I will leave with the belt. I thought I deserved an immediate rematch against Charlo because many people believed I won. I think when I defeat Eubank Jr. and win this belt, it will force Charlo to give me a rematch. We shall see. I only focus on one fight at a time and right now I am only focused on Chris Eubank Jr.”

How do you stay mentally focused on the next fight when you believe you had two bad scorecards go against you?

“I do not focus on the past. I focus on the future because I can only control the future. I will be my best and my best will be good enough against Chris Eubank Jr. We’re doing everything possible in camp to make sure I’m ready.”

What do you make of Eubank as a fighter? How do you expect the fight to look stylistically?

“Eubank is a very good fighter, one of the best. I believe I am a more disciplined fighter. I think my technique is better, but he does some things very well. Let’s see on December 7. I don’t want to give away the weaknesses I see, but the style difference will make a very entertaining fight for the fans.

Do you think you have the advantage as far as boxing skills over Eubank? How do you counter his possible size advantage, given that he’s coming down from 168 pounds?

“I think my skills are better. I do not think weight will be an issue. He is professional and I am professional. If anything, perhaps it is a little more difficult for him to make 160 after years at 168. I will fight anyone between 160 and 168 pounds, so I don’t see any problem with weight for me, perhaps more for him. We will find out December 7.”