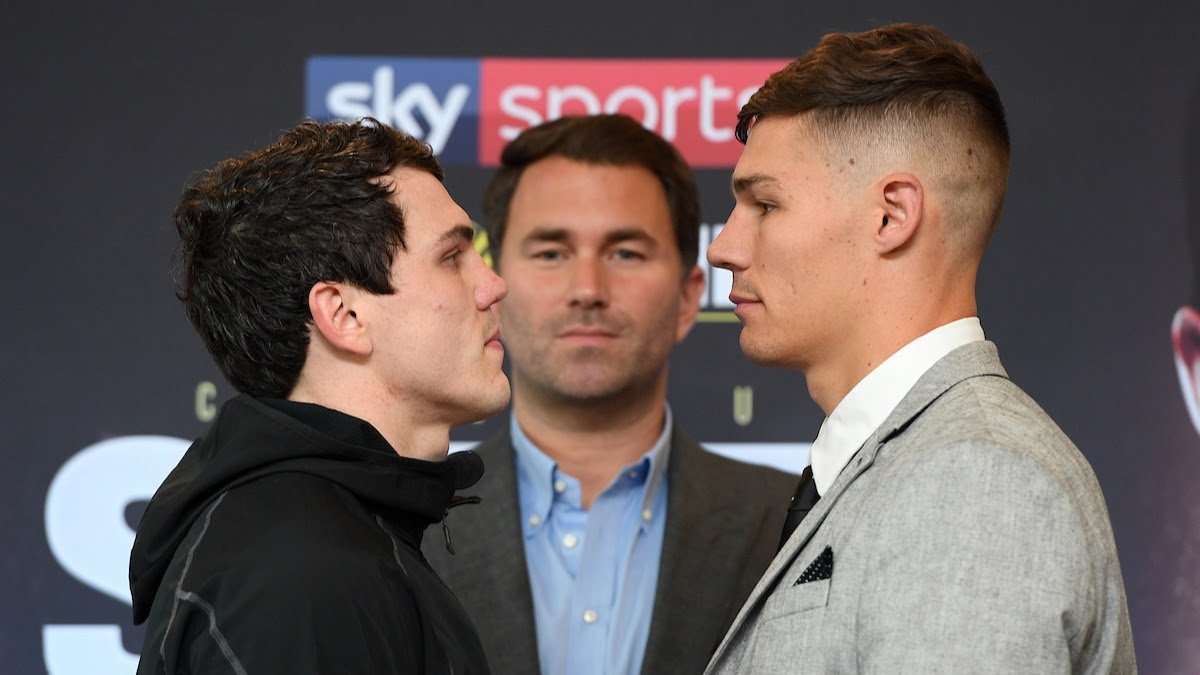 Horrible Harry’ bangs drum ahead of Fowler clash
Harry Scarff is motivated by the massive opportunities that may await him if he can get the better of Anthony Fowler when the pair collide for the WBA International Super-Welterweight title at the M&S Bank Arena Liverpool on Saturday, live on Sky Sports in the UK and DAZN in the US.

Scarff (8-0, 1 KO), has notched eight straight wins in the professional ranks since turning over in 2017, most recently travelling to Bolton to claim the English Super-Welterweight title on away territory with a shutout points victory against then unbeaten Champion Jack Flatley.

The 26-year-old is aware of the threat that ‘The Machine’ poses, but believes he has the credentials to come away with the victory in his first arena fight and derail Fowler’s plans of securing a huge domestic rematch with Preston’s Scott Fitzgerald in 2020.

“He’s been number one from when we were amateurs and I have always wanted to test myself against the best, we will see how good he is on Saturday,” said Scarff. “I was looking for a title opportunity and then a shot at the English popped up, I was fully confident of winning that fight as I am for this one against Anthony Fowler, I’m happy to be the underdog.

‘Horrible Harry’, who trains out out of the One Nation Boxing Gym in his hometown of Derby, returned to camp just a week after his last fight and insists that his preparation couldn’t have gone any better ahead of this breakthrough opportunity.

“Massive doors will open if I win this fight and that’s why we’re so up for it. He’s been beaten before, I’m flying in the gym and my preparation has been perfect for this fight – I’m ready to go! Sparring with the likes of Billy Joe Saunders and Kell Brook has been a great experience and I feel like I gave a good account of myself.

“There’s more to come from me and I’m looking forward to showing that in this fight. We know what he does, he’s strong and tough and he brings it. It’s going to be a tear up but we have a few tricks up our sleeve with this game-plan – if I box my best I win this fight.”

Chris Billam-Smith has vowed to silence the crowd at the M&S Bank Arena Liverpool on Saturday when he clashes with local prospect Craig Glover for the vacant Commonwealth Cruiserweight crown, live on Sky Sports in the UK and DAZN in the US.

‘The Gentleman’ found himself on the wrong end of a split decision against big-hitting Londoner Richard Riakporhe in a close battle for the WBA Inter-Continental title at The O2 last time out in July and will be aiming to bounce back with a win against his former sparring partner, Glover.

Undeterred by his first professional loss, Billam-Smith (9-1, 8 KOs) hopes that a win over the Tony Bellew-managed Scouser will lead to a future rematch with Riakporhe, who meets Jack Massey for the vacant British title at York Hall on December 19.

“I’m going straight back into a big domestic fight and that’s exactly what I wanted,” said Billam-Smith. “It can’t be a bad fight. We both like to let our hands go, we both like to get stoppages, throw big shots, there’s not any running from either of us. He’s not going to be holding and stuff like Riakporhe was. It will be a very physical fight but a lot less grappling and a lot more big shots going in.

“Last time at The O2 was a great experience, it was a good fight, one we thought that we won. We felt comfortable when the final bell went. That’s obviously a rematch that I’d like in the future. He’s going for the British title next month so maybe we can get it on for that in the new year. First up it’s Craig and he has my full attention and respect.

“We’ve sparred before and Craig is a great lad but this is business and it can only be a cracking fight, I’m certain of that. We only sparred the once and it was only six rounds but it was a close spar, it was a good spar and a good one to watch. It was competitive the whole time and we both came out of it thinking that we would box each other for a title and here we are.”

Glover has experienced mixed fortunes since turning over to the professional ranks in May 2016 on the Bellew vs. Makabu World title blockbuster at Goodison Park. He lost in just his third pro outing before being dropped and stopped by Vaclav Pejsar in Liverpool earlier this year.

Despite this, the 28-year-old is remains highly-rated by many in the fight game, including former WBC Cruiserweight king Bellew. Billam-Smith is familiar with fighting on Merseyside and believes he has what it takes to silence Glover’s fans once more.

“I boxed at the M&S Bank Arena as an amateur in the ABA’s so I’m familiar with the place and the city as well. I love it up there, I love Liverpool as a city. The fans are very passionate people. Craig is a good lad and most scousers are. They’re all very nice people but unfortunately I’m going to have to silence them on the night.

“It’s going to be a bit more of a partisan crowd this time being in Liverpool but I’ll be bringing a few up from Bouremouth and London. My brother was actually there when Craig got stopped and he said it was very noisy up until the stoppage. That’s obviously the plan for me, to silence the crowd. It’s a cracking fight and we’re both exciting to watch with come-forward styles. I believe that it will be an absolute barnburner while it lasts.”

Glover vs. Billam-Smith is part of a huge night of action in Liverpool.