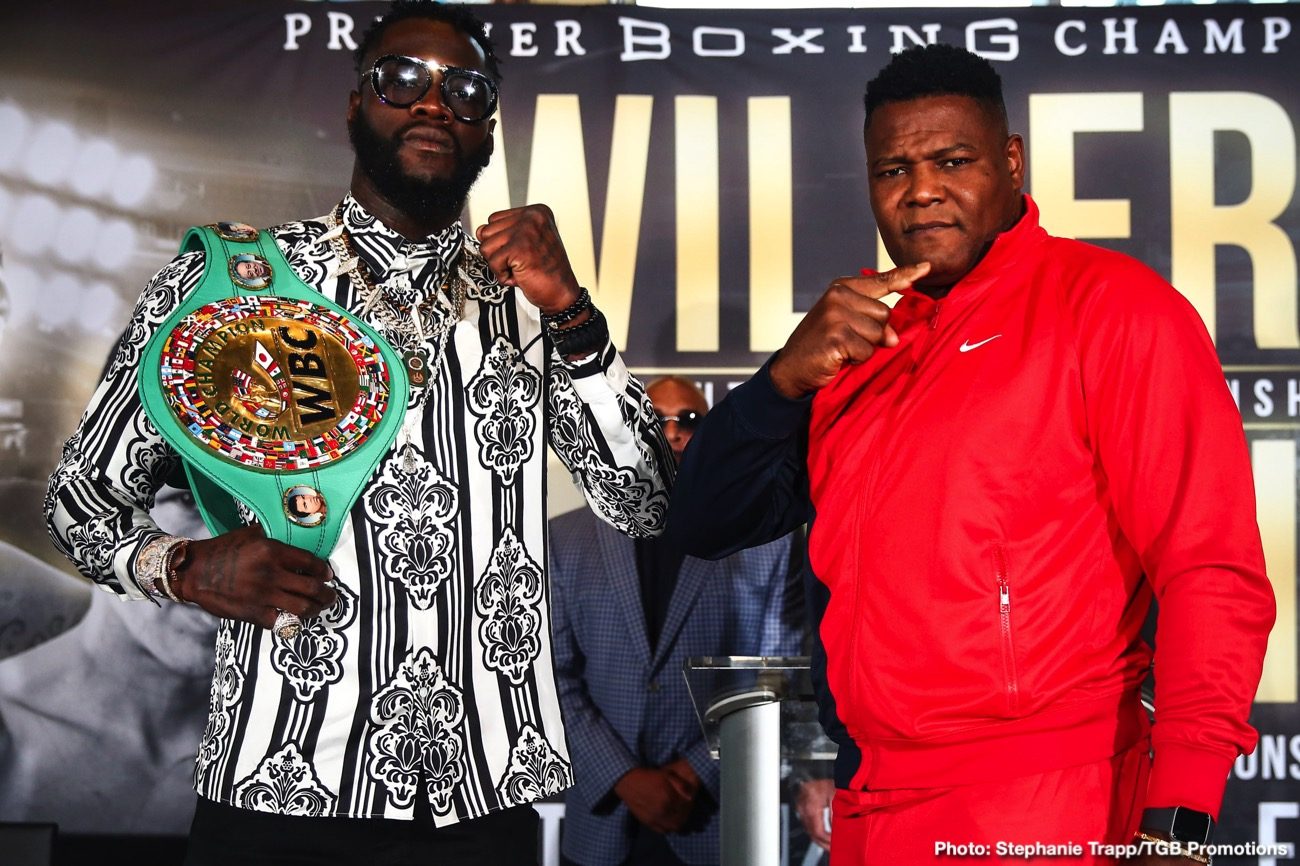 The pay-per-view event is headlined by boxing’s longest reigning heavyweight world champion Deontay “The Bronze Bomber” Wilder defending his WBC title in a rematch against once-beaten Cuban slugger Luis Ortiz. Three-division champion Leo Santa Cruz will seek a title in another division in the co-main event when he takes on Miguel Flores for the WBA Super Featherweight Championship as part of the pay-per-view action beginning at 9 p.m. ET/6 p.m. PT.

Wilder vs. Ortiz 2 undercard is loaded

“With these two all-action matchups added, the November 23 card is shaping up to deliver another memorable night of excitement on FOX Sports PBC Pay-Per-View,” said Tom Brown, President of TGB Promotions. “In addition to the Wilder vs. Ortiz rematch and the Santa Cruz vs. Flores title fight, one of the 122-pound division’s hottest young stars Brandon Figueroa will make his first title defense against a very tough opponent in former champion Julio Ceja. Rounding out the night is Mexican knockout artist Luis Nery and tough former champion Emmanuel Rodríguez, who will be sure to kick off the pay-per-view in style with another classic in the Mexico vs. Puerto Rico rivalry.”

The 22-year-old Figueroa (20-0, 15 KOs) will look to make the first defense of his super bantamweight championship in his fourth fight of 2019. He knocked out Moises Flores in January on FS1 and won an interim super bantamweight title in April on FOX by stopping Yonfrez Parejo. Representing Weslaco, Texas, Brandon, the younger brother of former world champion Omar, has a seven-fight knockout streak that he brings into the ring on November 23, having most recently stopped Javier Nicolas Chacon with an exciting fourth-round knockout in an FS1 main event in August. He was subsequently elevated to full champion by the WBA.

“This is probably going to be the biggest test of my career in the first defense of my title against a solid fighter like Ceja,” said Figueroa. “To be fighting on pay-per-view of the Wilder-Ortiz II undercard at MGM Grand is a dream come true. I’ve been working towards this moment my whole life. I attended Pacquiao vs. Thurman in July and the crowd was electric that night. I told myself while watching that fight ringside that I couldn’t wait to fight at MGM on a similar card, and now look at where we are. Ceja might have lost against Rigondeaux, but he put on a great fight and I know he’s going to come forward and brawl with me on November 23.”

Fighting out of Tlalnepantla, Mexico, Ceja (32-4, 28 KOs) will look to rebound from a loss to Guillermo Rigondeaux on FOX in June, when he was stopped in round eight while leading on all three judges’ scorecards. The 26-year-old knocked out Hugo Ruiz in 2015 to win an interim title before eventually being elevated to the full champion. While he lost the rematch to Ruiz, Ceja put together wins in two of his next three fights heading into the Rigondeaux bout.

“This is a great opportunity and I plan to win the world title again on November 23,” said Ceja. “I know what it takes to win and I will have the best training of my career for this fight. I hope Brandon Figueroa is prepared for fireworks. This title is coming back to Mexico for my country, my pride and my people.”

Nery (30-0, 24 KOs) is a power puncher who has stopped his last 11 opponents and 15 of his last 16. The 24-year-old southpaw from Tijuana, Mexico will be making his third appearance on a FOX Sports PBC Pay-Per-View this year. He scored a dominant stoppage victory over McJoe Arroyo on the March event in Arlington, Texas and returned on the July 20 show to stop former champion Juan Carlos Payano. He scored a TKO victory over Shinsuke Yamanaka to win the bantamweight world title in 2018.

“I’m excited for another opportunity to perform on the biggest stage and show that I’m the best bantamweight in the world,” said Nery. “Rodríguez is a tough competitor and he will help bring out my best on November 23. Mexico and Puerto Rico have a storied rivalry in this sport and I intend to make my mark in history with a spectacular win.”

The 27-year-old Rodríguez (19-1, 12 KOs) will also look to put himself back in position to reclaim a 118-pound belt with a statement win on November 23. Fighting out of Vega Baja, Puerto Rico, Rodríguez won the IBF Bantamweight World Title with a unanimous decision victory over Paul Butler in 2018 and defended it successfully against then-unbeaten Jason Moloney. He most recently was stopped by unbeaten champion Naoya Inoue in their May title bout.

“Switching opponents is no problem for me since we always train for different fighting styles,” said Rodríguez, who had previously been scheduled to face former champion Rau’shee Warren before Warren withdrew due to injury. “My Puerto Rican and Mexican people want to see a great fight and that’s what they will have on November 23. I know what Nery brings to the table and I’m ready for that. We are confident in victory and that in 2020 I will be crowned world champion again.” 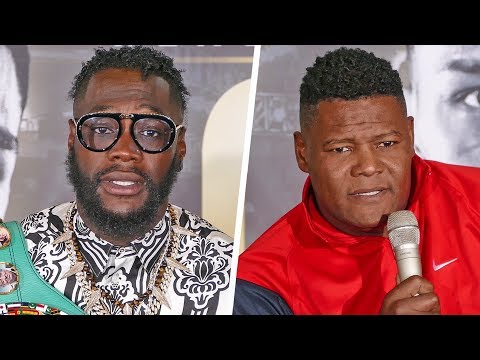 Jose Ramirez vs. Viktor Postol on February 14 on ESPN »