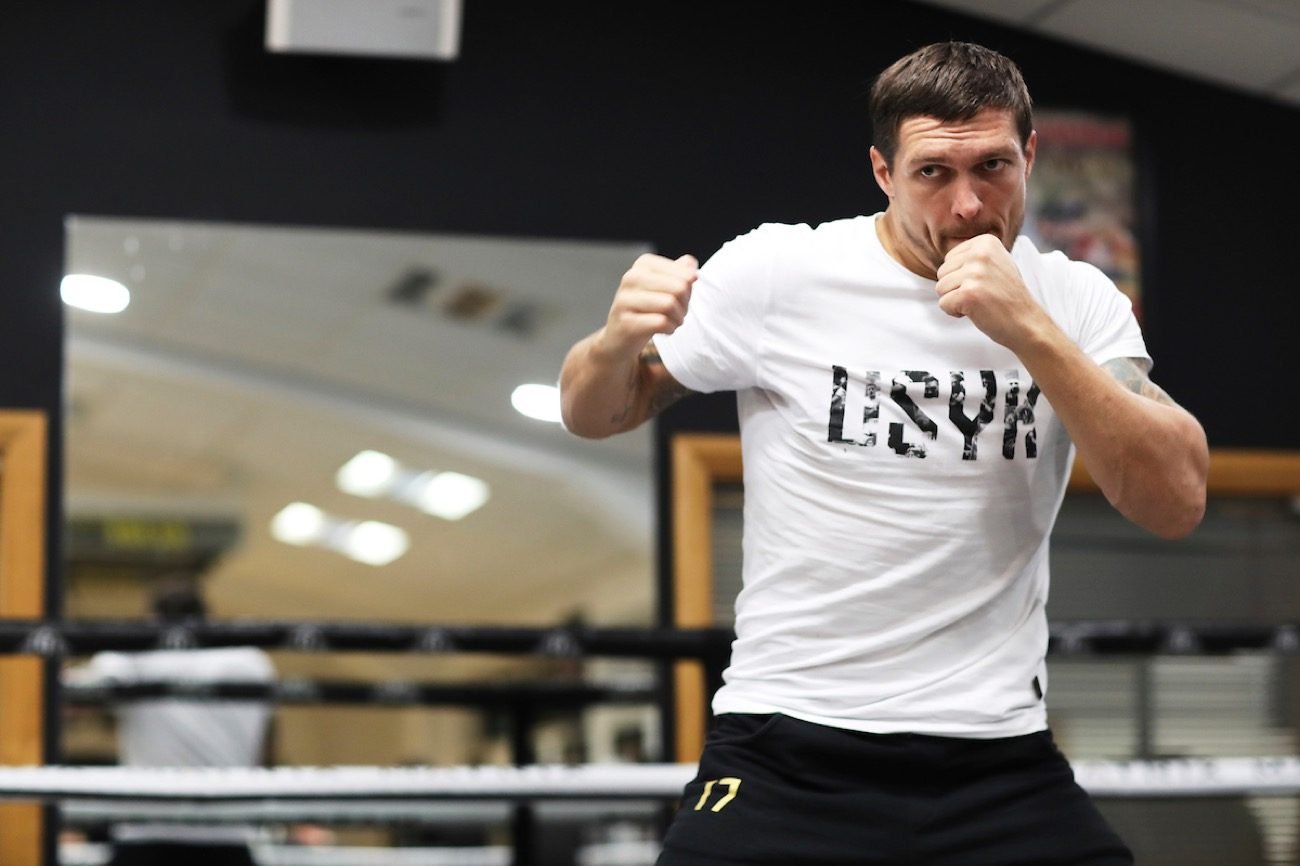 By Robert Addams: Tyrone Spong (14-0, 13 KOs) has been pulled from his scheduled fight against Oleksandr Usyk (16-0, 12 KOs) for this Saturday night on DAZN after Matchroom Boxing promoter Eddie Hearn revealed that Spong’s VADA test came up with adverse finding. He tested positive for the banned substance clomiphene, according to Dan Rafael.

Hearn is looking for a replacement opponent to step in to replace Spong as Usyk’s opponent for this Saturday night on October 12 on DAZN at the Wintrust Arena in Chicago, Illinois.

It’s important for Usyk to fight on Saturday because he could be fighting for a world title at heavyweight in 2020.

Hearn would receive a lot of criticism from boxing fans if he sticks Dave Allen in with Usyk. The same goes for David Price. Those two are domestic level heavyweights, and not capable of mixing it up with the likes of Usyk. Even a retired Tony Bellew would be a better option for Usyk than Allen or Price.

Matchroom promoter Hearn has  5 potential opponents that can face Usyk. He’s not saying who they are but it’s likely some of the same guys that Hearn was considering for Dereck Chisora’s next opponent on October 26.

Former unified cruiserweight champion Usyk will be making his heavyweight debut on Saturday. Boxing fans weren’t excited about Spong, 34, being the opponent for Usyk to fight, because he doesn’t have a lot of experience in the sport. Spong comes from a kickboxing background, and he’s not faced any of the top tier opposition in the division.

“My thought is it’s bad because people are trying to use a shortcut and cheat and the other side of the fight is working so hard. It’s completely disrespectful,” said Usyk’s manager Egis Klimas to ESPN.com.

The WBO has Spong ranked at #6, but they gave him that ranking based on wins over guys like Santander Silgado, Carlos Ailton Nascimento, Ytalo Perea and Jeyson Minda. In other words, the WBO gave Spong a top 10 ranking based on victories over obscure second tier fighters.

The show must go on for Usyk because he’s the headliner on the card, and Hearn wants to match him against the winner of the December 7th Anthony Joshua vs. Andy Ruiz Jr. winner. Usyk is ALREADY the World Boxing Organization heavyweight mandatory challenger without even having fought in the division.

The WBO made Usyk their mandatory at heavyweight based on him being the ‘Super Champ’ at cruiserweight after unifying all 4 titles in that weight class.

We have been contacted by VADA to inform us that there has been an adverse finding in Tyrone Spong’s test. It has been sent to the State of Illinois commission and further information will be released in the morning. We have reserve opponents standing by.