Shields vs. Habazin Fight Called Off 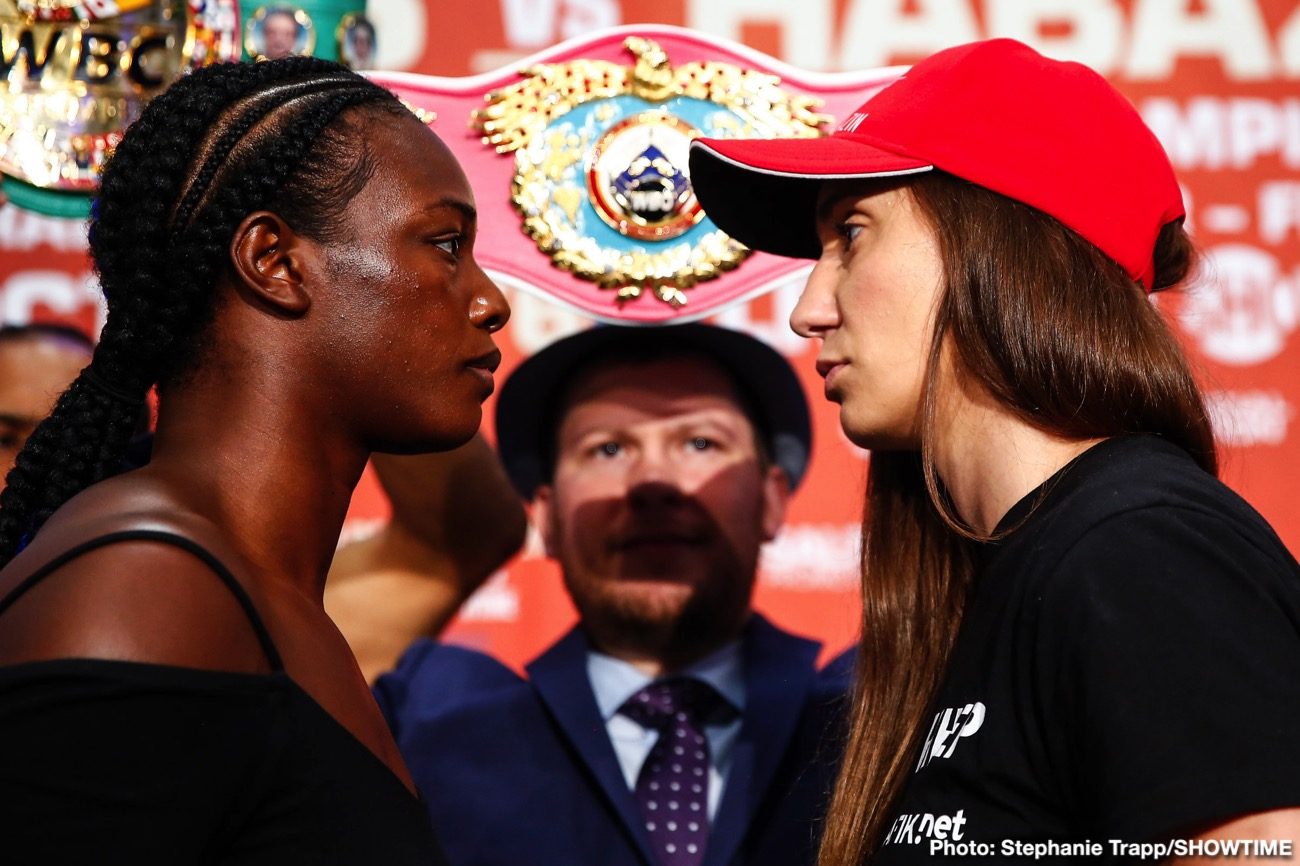 The Claressa Shields vs. Ivana Habazin WBO and WBC 154-pound world title fight has been called off following an altercation prior to Friday’s official weigh-in that resulted in an injury to Habazin’s trainer, James Ali Bashir. Without her chief second available for Saturday night, Habazin withdrew from the fight.

The remainder of the event, featuring as many as seven bouts promoted by Salita Promotions will proceed as scheduled from the Dort Federal Credit Union Event Center in Flint.

With regards to the situation that occurred during the weigh-in ceremony previous to the fight, that has been cancelled, between Claressa Shields and Ivana Habazin for the WBC Super Welter Vacant Title:
The WBC strongly condemns any act of violence in any event related to our sport, and specially the horrible attack which took place in an official activity surrounding this event.

And the WBC is certain that the corresponding authorities will apply the full extent to the law to this regrettable incident.

The WBC will monitor the investigation and resolution of the case, and will then determine if an actionable WBC violation of any WBC Rule, Regulation or Code of Ethics took place.

Here is what I captured at #ShieldsHabazin weigh-in: Bashir Ali, Habazin's trainer, was in an argument w/ someone affiliated with Claressa Shields (as they were testing the scale for weigh-ins). 10ish minutes later, he was sucker punched from behind. He was taken to a hospital. pic.twitter.com/e1CM8pHjAE