Reshat Mati added to Usyk undercard this Sat. on DAZN 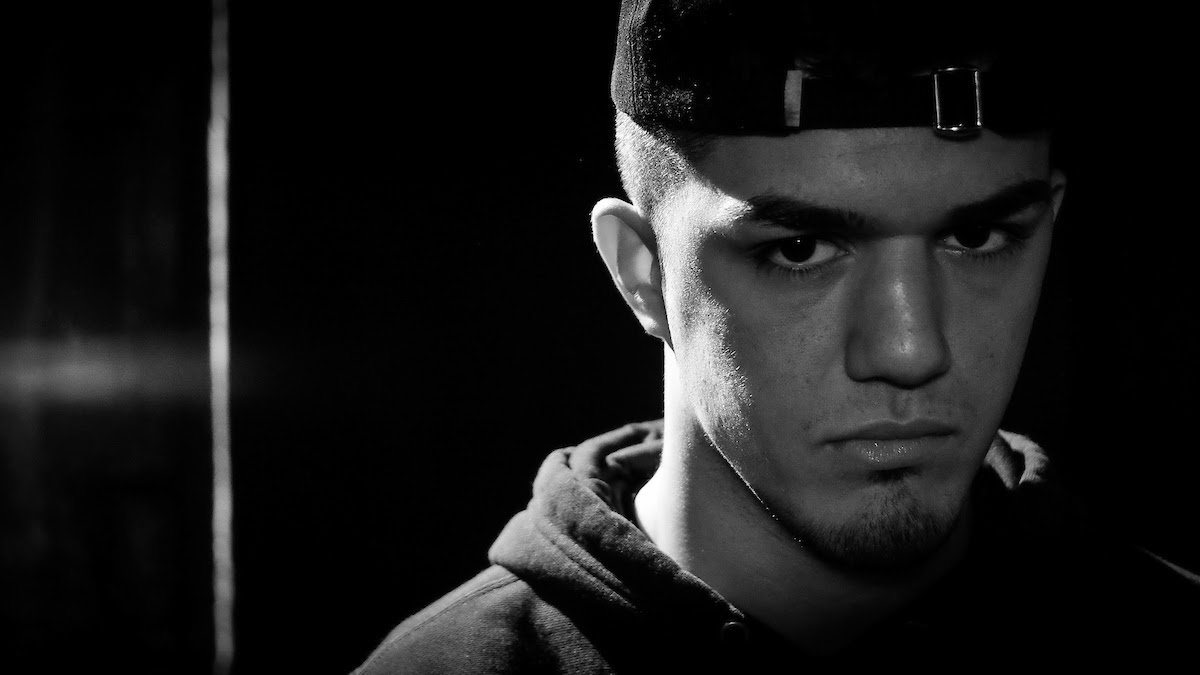 Reshat Mati is back in action at the Wintrust Arena in Chicago on Saturday night, live on DAZN in the US and on Sky Sports in the UK – and Mati told ‘Born Fighter’ that he’s ready to thrill again after a frustrating time out through injury.

Mati raced to 3-0 with two KO wins in three months after making his debut a year ago in the arena he returns in on Saturday.

‘The Albanian Bear’s’ progress was checked by a shoulder injury suffered in training after his first round KO win in New York in January, and the 21 year old has faced a frustrating spell on the sidelines while fellow youngsters in the Matchroom Boxing USA stable added to their growing reputations.

Mati has recovered from his injury and is itching to get back on track, starting in the Windy City where it all began one year ago.

“It was tough,” said Mati. “I was watching all my teammates winning and going to the fights, thinking that could have been me. But it is what it is, that time has passed and I’m back in shape and ready to put on another show.

“Rehab was tough, they were saying ‘don’t do this or this’, there was very specific on what I could or couldn’t do. They would say ‘don’t go for a run’ and I would say ‘how am I going to get back in shape without going for a run?’ They would just say ‘do you want your shoulder to get better? Then don’t go for a run!’ New York Sports Science Lab fixed my shoulder up and I feel better than ever, and I’m ready to KO someone again.

“I’m just here to put on a great show. There’s no ceiling for me. I want to be Albania’s first world champion, that’s the main thing for me, put Albania on the map for boxing. It’s tough, when I get punched in the face my Dad is getting hit too, that’s how he feels. He’s been on it with me and the boxing since day one and I cannot pay him back for what he’s done for me. It’s a job for me now and hopefully I can make everyone proud.

“Trust is very important to me, and that’s what it’s like with Coach Sosa. If I feel like we don’t fit and there’s something not quite right, then it’s not going to work. Sosa has been with me since I was around 12 and we’ve been all good, now we’re going up and up the levels together.

“I wasn’t nervous on my debut in Chicago, I don’t get nervous before fights anymore. I’ve had hundreds of fights now and i just go in and have fun, putting on a good show is all that matters to me. It’s a job, no-one gets nervous going to their job.”

Mati is the third fighter featured on season two of ‘Born Fighter’ following Devin Haney and Michael Hunter as the second series focuses on the American stable at Matchroom Boxing USA after 11 episodes from the British and Irish stable featuring Katie Taylor, Luke Campbell, Dillian Whyte, Joshua Buatsi and more.