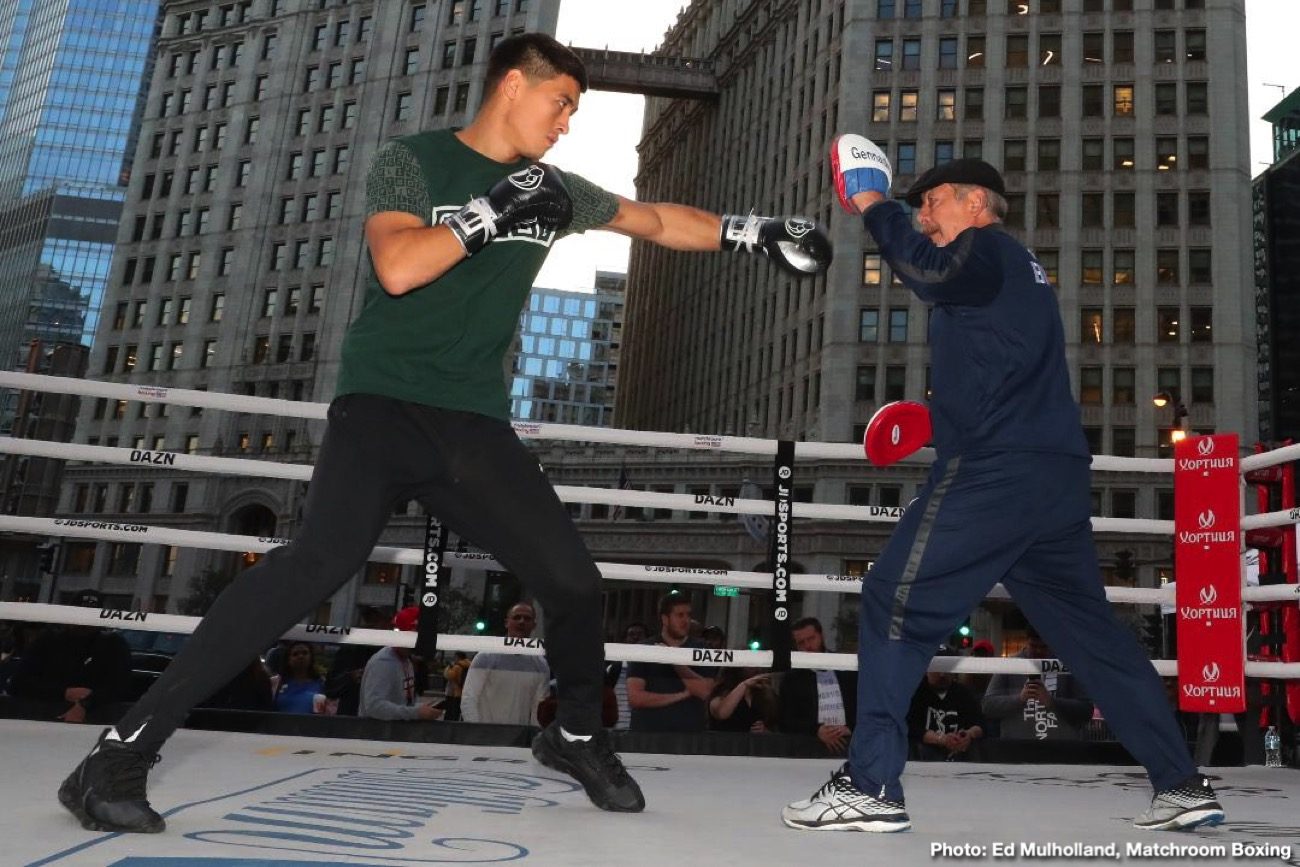 WBA Light-Heavyweight World Champion Dmitry Bivol, (16-0, 11 KOs), hosted a Public Workout in front of a huge crowd yesterday in Chicago’s Pioneer Court just days ahead of his 12-round title defense against Dominican Lenin Castillo, (20-2-1, 15 KOs), this Saturday night, October 12. Bivol vs. Castillo is one of the featured bouts on Matchroom Boxing’s return to Chicago’s Wintrust Arena and will be telecast live on DAZN.

Displaying the world class skills that have earned him the reputation of the best fighter in the stacked division, the 28-year-old Bivol worked out in the shadow of Chicago’s iconic Wrigley Building under the watchful eye of his longtime trainer Gennady Mashianov.

“It’s great to be here and workout for the fans in this beautiful city,” said Bivol. “I’ve been here for three days and love everything about Chicago. I’m really looking forward to Saturday night and putting on a show for all of the boxing fans here.”

Said Vadim Kornilov, “We’re very grateful for the response from the people of Chicago since we arrived and particularly yesterday at the public workout. Dmitry is in outstanding shape and ready to defend his title in spectacular fashion on Saturday night.”

On Thursday afternoon, Bivol and Castillo will come face-to-face for the first time at the Final Press Conference in Downtown Chicago. 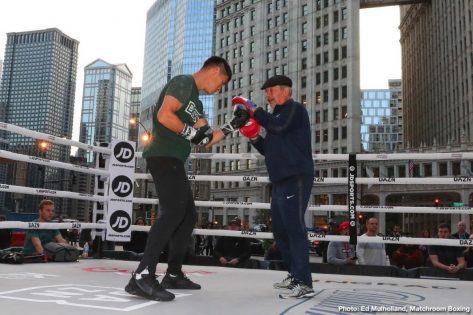 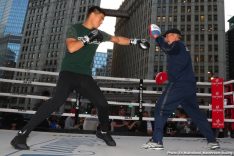 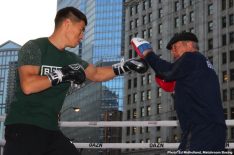 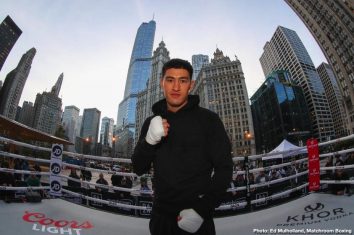 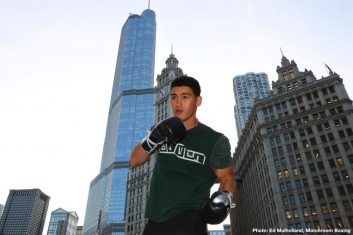 Chicago, IL (October 8, 2019) WBA Light-Heavyweight World Champion Dmitry Bivol, (16-0, 11 KOs), has arrived in Chicago from his training camp in Los Angeles ahead of his 12-round title defense against Dominican Lenin Castillo, (20-2-1, 15 KOs), this Saturday night, October 12. Bivol vs. Castillo is one of the featured bouts on Matchroom Boxing’s return to Chicago’s Wintrust Arena and will be telecast live on DAZN.

“I’m very excited to be in Chicago, this is my first time here and I like it here very much,” said the 28-year-old, a native of St. Petersburg, Russia. “Big beautiful buildings, very nice people and it’s a very clean city. I’m glad that I’m fighting here on Saturday night. I’m very happy that there are a lot of Kyrgyzstan, Russian and Ukrainian fans in addition to so many local fans coming to the fight.”

“I know for Castillo this a big opportunity but we’ve prepared very well in Los Angeles and I look forward to putting on a great performance for those in attendance and watching on DAZN. Since I became a world champion over two years ago I’ve wanted the toughest challenges and the biggest fights, either world title unification fights or any of the top names.”

Said Vadim Kornilov, “We’re very excited to be here in Chicago, it’s a fantastic place for Dmitry to fight. He is fully focused on Lenin Castillo and after that we will continue to pursue the biggest fights and the top names for him.”

On Wednesday afternoon, Bivol will participate in a Public Workout at 4:30 p.m. CT at Pioneer Court, 401 N. Michigan Ave. (between Michigan Ave. and Cityfront Plaza Dr.) in Downtown Chicago.