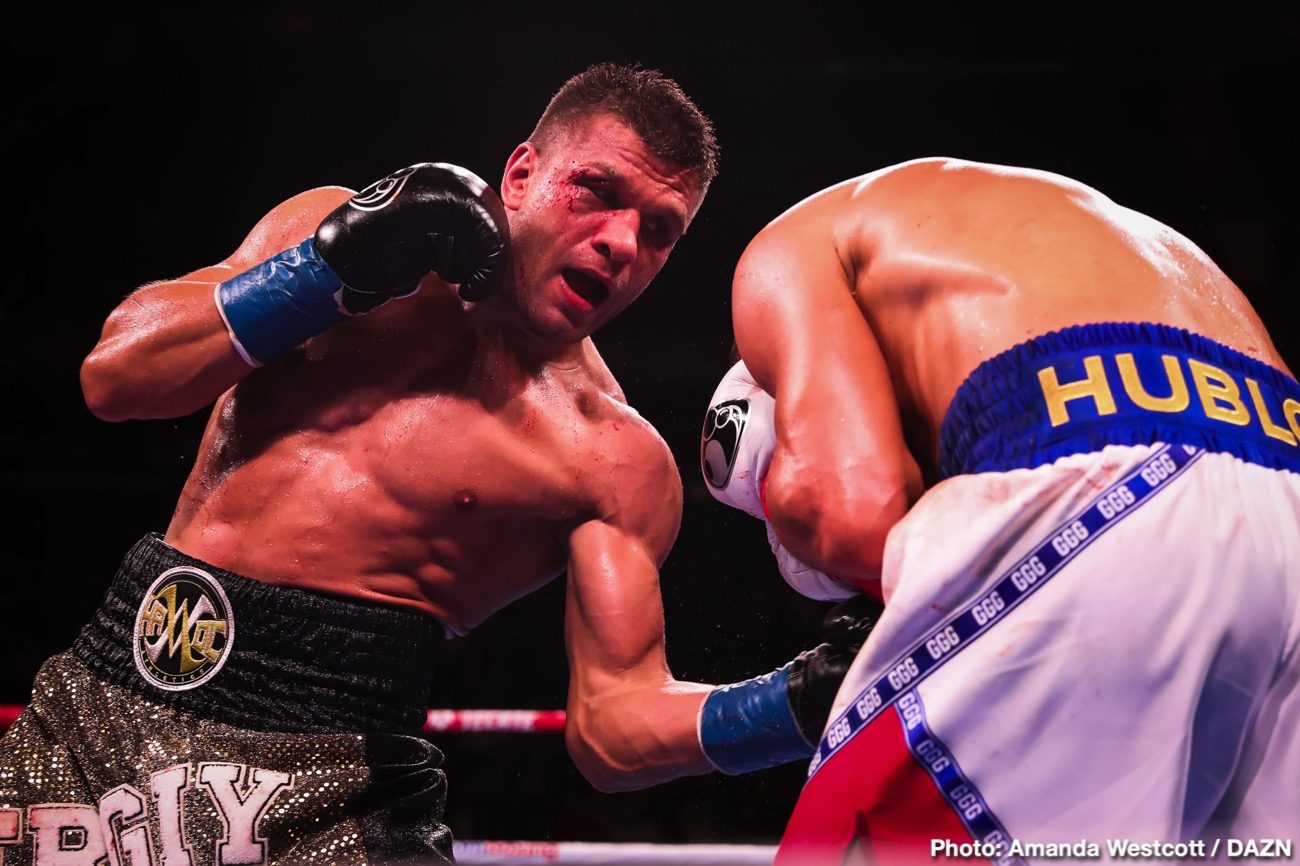 Loeffler and Hearn are saying that Gennady might have to defend against his IBF mandatory for his new title that he won last Saturday.

Hearn has already mentioned Kamil Szeremeta as Golovkin’s likely mandatory. Szeremeta even fought on Golovkin’s undercard last Saturday. Was that a coincidence that Szeremeta fought on the Golovkin-Derevyanchenko undercard or was he put there as a Plan-B opponent for Golovkin in case he doesn’t get the Canelo rematch in May 2020? Szeremeta  is a very winnable fight for Golovkin, and arguably a BIG step down from Derevyanchenko.

The IBF hasn’t made an announcement yet, but Hearn and Loeffler are already jumping the gun, which has some fans thinking that they don’t fancy the idea of letting Derevyanchenko fight Golovkin again. It was a close call.  Golovkin might not get lucky with the scoring in a rematch with Derevyanchenko, especially if he improves the way Saul Canelo Alvarez did in his rematch with GGG. 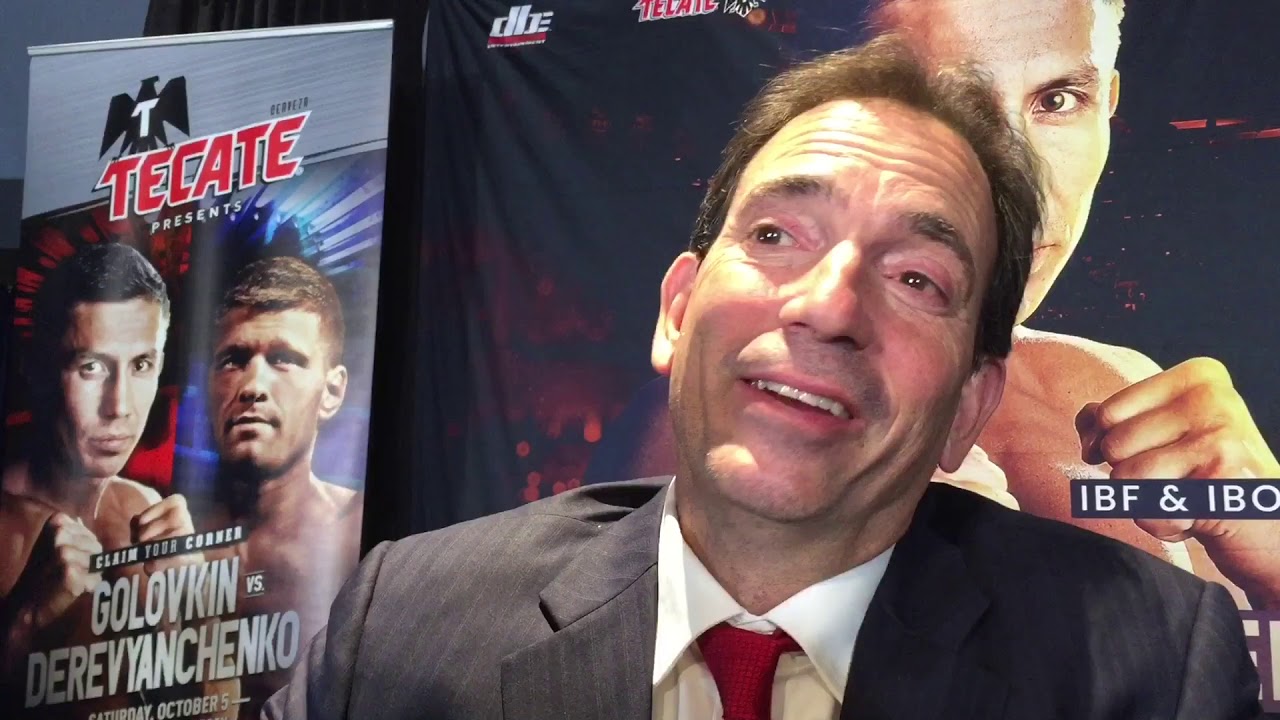 Golovkin (40-1-1, 35 KOs) won the fight by a 12 round unanimous decision over Derevyanchenko (13-2, 10 KOs). GGG looked far from invincible in that fight, and a lot of boxing fans thought he lost. Some are even calling it a robbery.

The scores were 115-112, 115-112 and 114-113. What may have saved GGG was the knockdown that he scored in the first round. He hit hit Derevyanchenko with two shots in the back of the head when he was ducking low, and he went down.

“We’ll have to sit down with DAZN and see what they want to do,” said Loeffler to secondsout in talking about who Golovkin will fight next. “Now that he’s champion again, he’ll have sanctioning body obligations. So we’ll have to see what the IBF wants to do, and the IBO and DAZN, and go from there. But I know Gennadiy wants to come back towards the beginning of next year.

“Canelo has this fight against Kovalev, which is a great fight. We actually thought we were going to get the Canelo fight. All other talk is premature, because we need to sit down and see what DAZN wants to do, and then sit down with Gennadiy and see what he wants to do, but he’s excited,” said Loeffler.

DAZN might not be too pleased if Golovkin elects to fight Szeremeta, because that’s another low value opponent that the casual boxing fans in the U.S have never seen. In Golovkin’s two fights since signing a six-fight contract with DAZN, he’s fought Steve Rolls and Derevyanchenko. 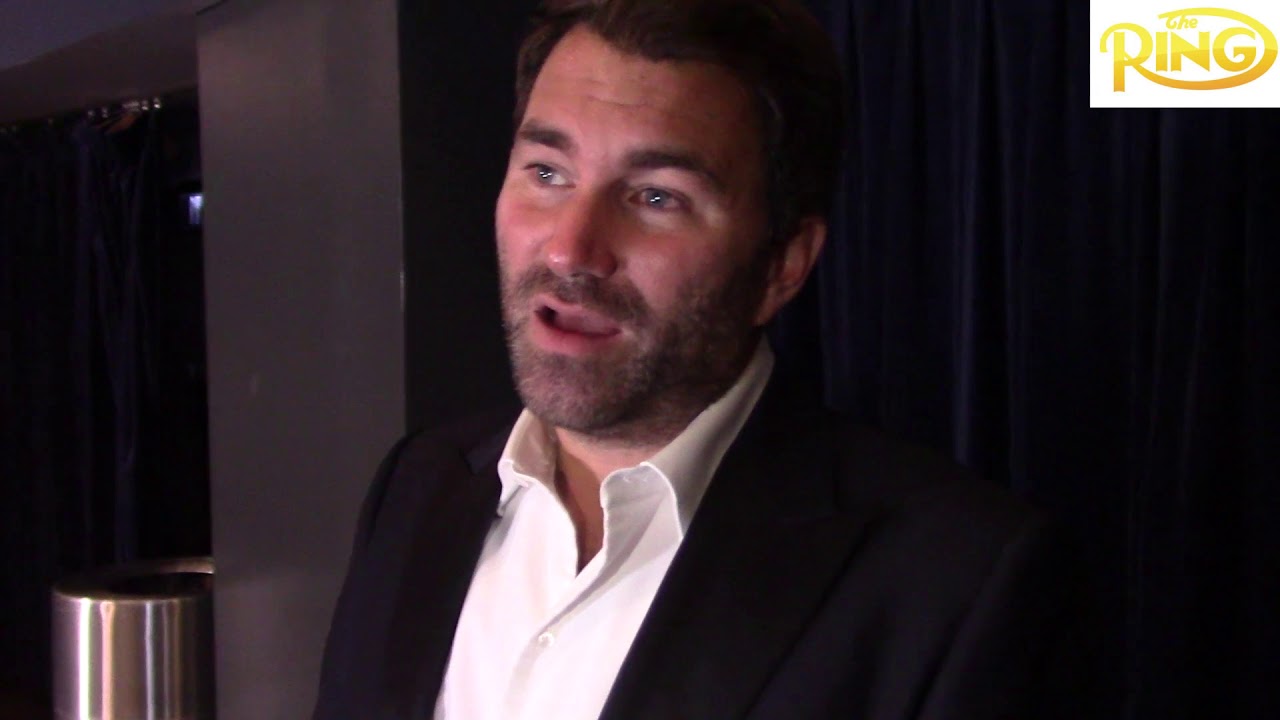 The fight against Derevyanchenko was supposed to have been mismatch, but GGG struggled and was beaten to the punch all night. Golovkin’s power enabled him to pull out the decision despite Derevyanchenko backing him up, and controlling the major portions of each round.

Derevyanchenko fought his heart out, and seemed oblivious to the bad cut that he’d suffered over his right eye in the second round. The 2008 Olympian came razor close to pulling off a huge upset against Derevyanchenko. But even in losing, Derevyanchenko was considered the uncrowned champion by many boxing fans.

Golovkin had said recently that he was going to focus on making the best fights, and not worry about trying to win and hold onto titles. But now it looks like GGG is going to try and keep the IBF title, even if it means fighting another obscure opponents that is now threat to beating him.

“You don’t like to see GGG taking punishment like that, but he really handed out a lot of punishment to Derevyanchenko,” said Loeffler. “I’d say that GGG landed the harder power punches, because you could see the damage on Derevyanchenko’s face. He knocked him down in the first round. That was the real difference in the fight, the first round knockdown.

“Then he opened the cut in the 2nd round, and then he was constantly peppering not only the cut eye, but both eyes. Sergiy fought a brave fight, but Gennadiy always answered him, and finished the show strong in rounds 10, 11 and 12. Round 10 was probably candidate for round of the year with these guys landing hard shots on each other,” said Loeffler.

Derevyanchenko fought aggressively after suffering the cut in the 2nd round. He realized that the fight was in danger of being stopped because of the cut, and this spurred him on to fight in a manner that surprised Golovkin. 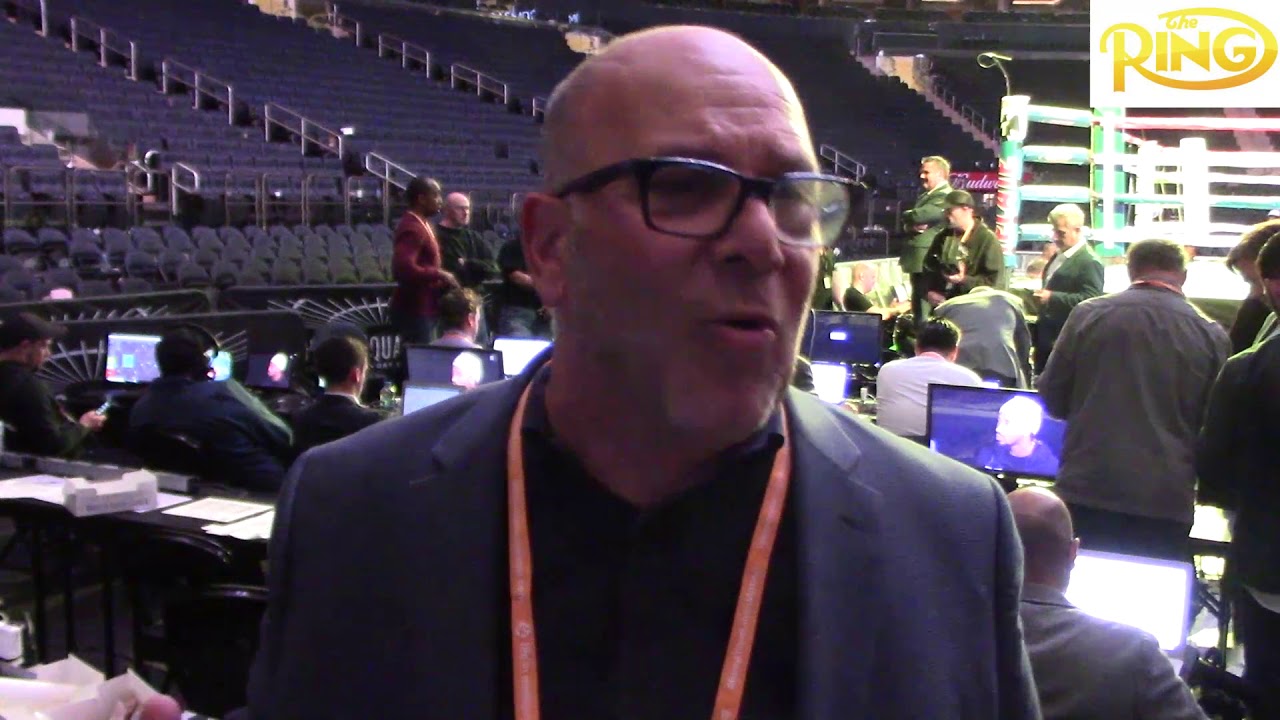 ‘The cut really changed the fight. I couldn’t see at times,” Derevyanchenko said. ”And he was targeting the eye. But no excuses, it is what it is, I was trying my best.”

Derevyanchenko started to target Golovkin’s body after the cut opened up, since it didn’t require a lot of visibility for him to land. The reaction to Derevyanchenko’s body shots was immediate. Golovkin winced with the shot, and would back each time he was hit. The crowd really got into it, and that encouraged Derevyanchenko to throw even punches to the body.

“You’ve got to give them both credit,” said Loeffler. “GGG is now a two-time world champion. We like to fill the Garden. We like coming back here to New York, the Mecca of boxing. There’s no losers tonight. Sergiy raised his profile. He raised his bank account definitely. He earned a lot of money fighting GGG, and I think he gained a lot of fans in his performance tonight. Going 12 championship rounds like that, those are the fights that take a lot out of you,” said Loeffler.

The money that Derevyanchenko got for the fight is nothing compared to what he would have gotten had he been given the decision. A victory for Derevyanchenko would have opened up possibilities of him facing Saul Canelo Alvarez or WBC champion Jermall Charlo in unification fights. There would have been a chance for a big money rematch with GGG, as it would have been  a lot harder for Gennadiy to walk from a loss than after his controversial win.

“GGG has one of the best chins I’ve ever seen,” said Loeffler. “I’ve never seen him wobbled or get knocked down. So he put on an exciting fight. Gennadiy is always in exciting fights. This one here went 12 rounds, and he got hit by Sergiy, and was able to land. That’s what headlining fights at Madison Square Garden should deliver for the fans.

“Both GGG and Sergiy had to be transported to the hospital. Sergiy was in worse shape. You could see the cut was really bad, and the eye was closing. But the other eye was closing as well. You’ve got to give Mike Bezzell credit for keeping him in that fight,” said Loeffler.

The facial damage that Derevyanchenko suffered was bad, but he should be able to return to the ring in the first half of next year provided that he doesn’t have any other injuries. Loeffler didn’t mention Golovkin’s damaged hand. He suffered a badly swollen hand, according to Hearn. Hopefully he didn’t break it.

“Sergiy was landing a lot of power shots, but Gennadiy was landing the harder power shots, and they did more damage to Derevyanchenko’s face,” said Loeffler. “He [Golovkin] was actually excited to get a close decision unlike what we’ve experienced a couple of times in the past [against Saul Canelo Alvarez]. But he was excited at becoming champion again, two-time world champion.

“He likes the feeling of being world champion. He was frustrated and disappointed when the times were taken from him, but now a two-time world champion, he wants to start his second world title run. That was pretty bad. Sergiy had some pretty bad facial trauma on both eyes. Gennadiy took a lot of head shots, but he was fine,” said Hearn.

“Sergiy was fine from a standpoint of absorbing punishment, but you never know,” said Loeffler. “Sometimes a fighter appear fine, but sometimes things happen. So they were definitely taking a precautionary basis to the hospital. We appreciate New York Commission, and the doctors are really looking out for both fighters, and taking those precautionary measures,” said Loeffler.

Everything he had, he gave. What a performance from Sergiy last night. ✊💯#GGGDerevyanchenko pic.twitter.com/yy1krAxSLZ