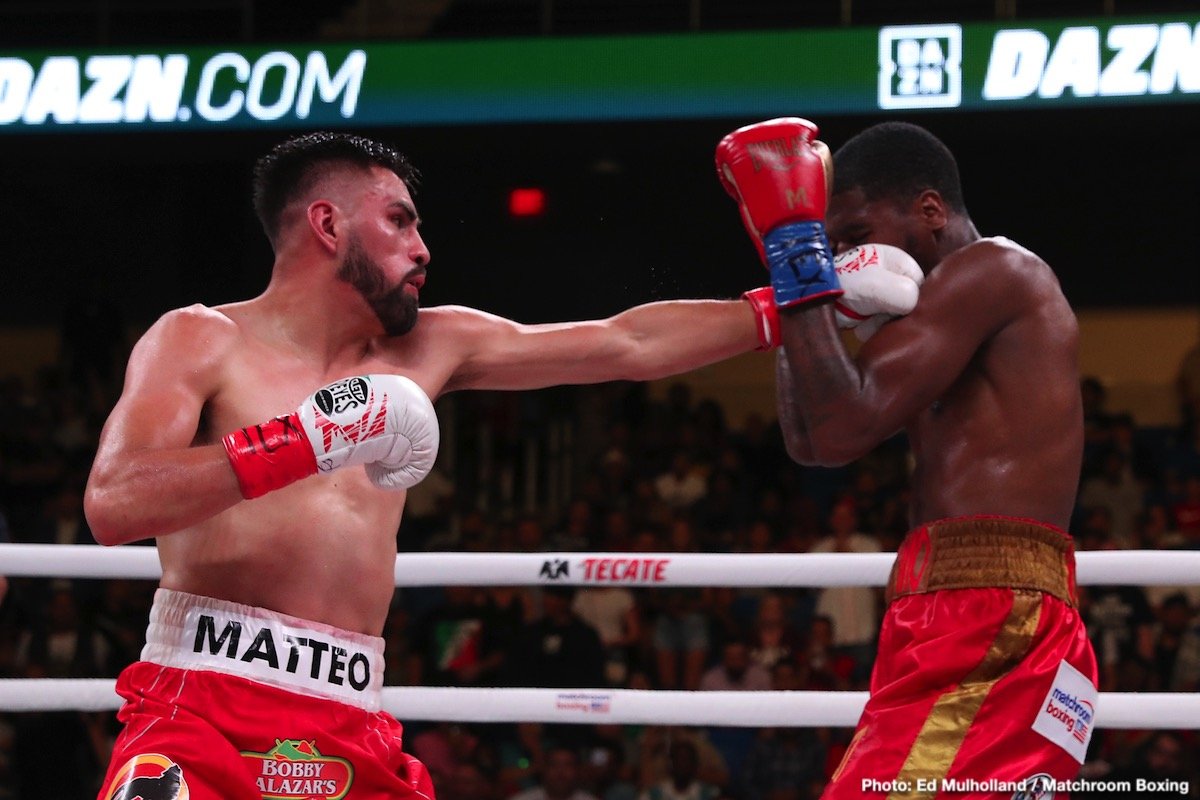 By Chris Williams: WBC light welterweight champion Jose Ramirez (25-0, 17 KOs) will be defending against his WBC mandatory Viktor Postol (31-2, 12 KOs) on February 1, according to ESPN. This will be an in house fight for Top Rank.

Postol getting quick title shot after losing in 2018

It’s unclear why the WBC let Postol fight in a 140-lb title eliminator so soon after his loss to Josh Taylor last year. Postol was beaten by Taylor in June of last year, and he then came back 10 months later to fight Mohamed Mimoune in a WBC 140lb title eliminator. You would think that the WBC would insist on another contender getting a shot in a WBC title eliminator rather than a guy that was recently beaten like Postol.

A lot of fans would have preferred to see #4 WBC Subriel Matias (14-0, 14 KOs) face Postol in a WBC eliminator to fight Ramirez. The WBC could have made it difficult for Postol if they rejected the idea of him fighting the light hitting Mimoune, and insisted he facing a guy with power like Matias.

Ramirez, 27, also holds the WBO light welterweight title. If Ramirez defeats the 35-year-old Postol, then he’ll likely face his WBO mandatory Jack Catterall after that. Those are both very winnable fights for Ramirez.

Regis Prograis vs. Taylor winner will be coming for Ramirez soon

The fighters that will give Ramirez major problems are WBA light welterweight champion Regis Prograis and IBF champion Josh Taylor. Luckily for Ramirez and his promoters at Top Rank, Prograis and Taylor are currently tied up right now with a scheduled unification between them on October 26 in the World Boxing Super Series light welterweight final at the O2 Arena in London, England.

The winner of the Prograis-Taylor fight will come looking for Ramirez, and he and his promoters at Top Rank will have to make a decision whether to face the Prograis-Taylor winner or vacate the WBC title. With Prograis being the WBC diamond 140-lb champion, the World Boxing Council will likely order Ramirez to face the winner. If Ramirez or Top Rank don’t fancy making that fight, then we’ll see the WBC vacated to avoid a likely lost.

Ramirez will likely be given a little more time to dodge the Prograis-Taylor winner due to him needing to defend against his WBO mandatory Jack Catterall. He’s waiting for his mandatory shot against Ramirez.

Postol has lost 2 out of his last 5 fights

Ramirez was extremely fortunate when Prograis chose to take part in the World Boxing Super Series tournament last year. Prograis captured the interim WBC light welterweight title in March of 2018 in stopping Julius Indongo in the 2nd round. Regis would have gotten a title shot against Ramirez by now if he’d not taken part in the WBSS tournament. It’ll be worth it for Prograis if he beats Taylor this month on October 26 in the final of the WBSS 140-lb tourney.

Ramirez will have a tough fight on his hands in 2020

Prograis will come out of the tournament the unified IBF/WBA champion, and he’ll then look to  take Ramirez’s WBC/WBO titles from him unless he vacates the WBC title to avoid him completely. Ramirez doesn’t have to fight Prograis if he doesn’t want to. He can always give up his WBC belt, then there’s nothing the sanctioning body or Prograis can do about it.

Ramirez would then defend his WBO title. The main guy that Ramirez would have to worry about in the WBO’s top 15 rankings is Vergil Ortiz, who is rated #3. Most boxing fans would favor Ortiz over Ramirez. There’s really no escape for Ramirez. He’s going to have a hard fight against Ramirez or Ortiz sooner or later. Prograis and Ortiz are nightmarish opponents for Ramirez. You can add Matias’ name as well.