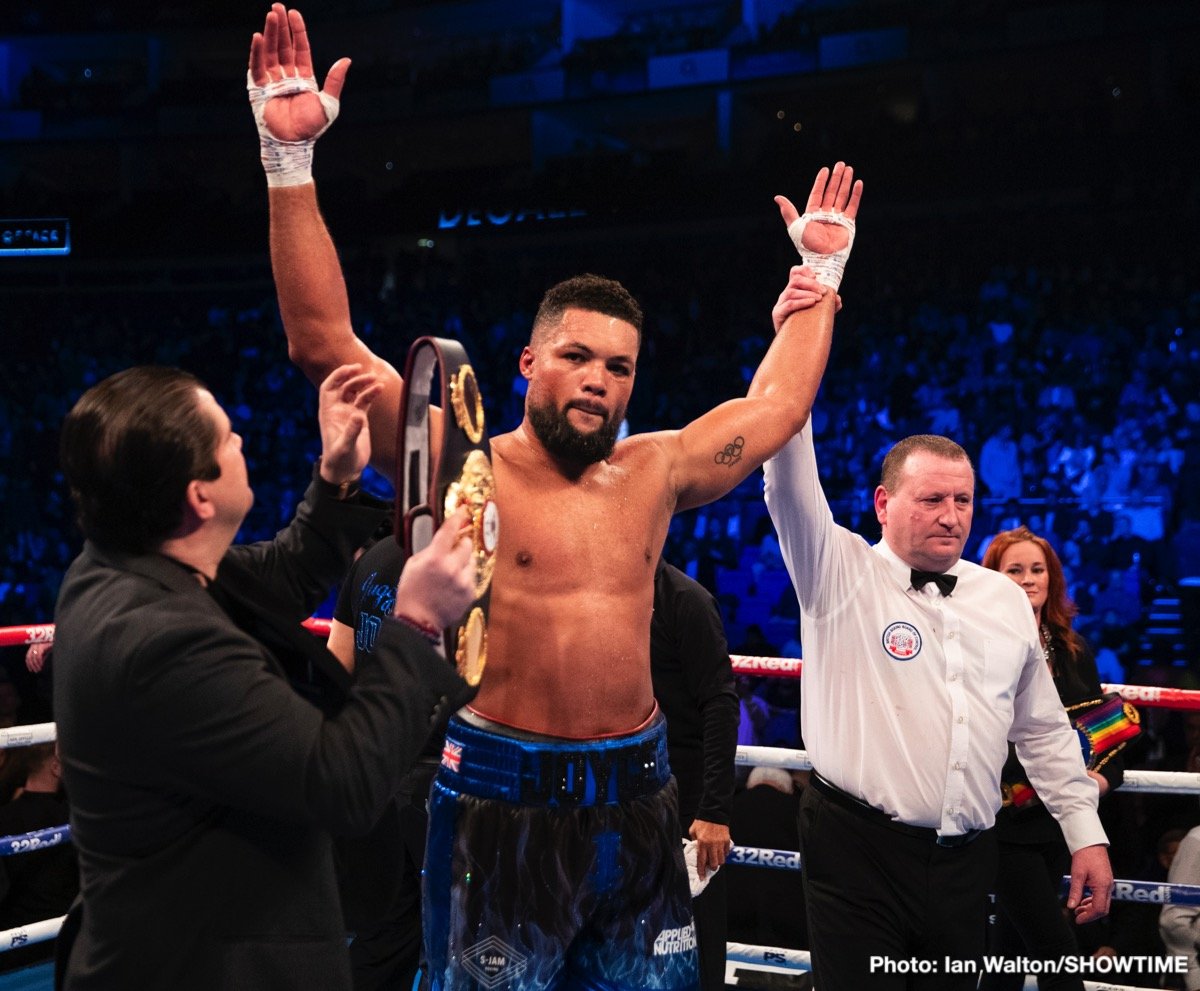 By Tim Royner: Eddie Hearn says he “might” make an offer to Joe Joyce for him to step in and face heavyweight Dereck Chisora for the October 26 card at the O2 Arena in London, UK. Former world title challenger Chisora (31-9, 22 KOs) needs an opponent after Joseph Parker pulled out of their October 26 fight because of an illness.

The 6’6″ Joyce would be a very tough fight for Chisora to take on short notice or at any time. Chisora struggles against the taller heavyweights, and he’s getting long in the tooth at 35.

Hearn doesn’t sound excited at trying to get the unbeaten 2016 Olympic super heavyweight silver medalist Joyce (10-0, 9 KOs) to take the fight with Chisora. Hearn says he’ll making an announcement by this Sunday. If Hearn can’t get Joyce, then there’s a good chance that Chisora will face David Price or Manuel Charr on October 26.

Those are mediocre choices for Chisora.  Price vs. Chisora would be a mismatch. The same goes for Chisora vs. Charr. That would be an easy fight for Chisora, because Charr has never beaten an elite level heavyweight. His best career win is 42-year-old Alexander Ustinov.

Hearn says these are the heavyweights that are in the running for Chisora’s fight:

Hearn says he doubts that Alexander Povetkin or Otto Wallin will be the choice for Chisora’s fight.

“It probably won’t be Povetkin,” said Hearn to IFL TV about Chisora’s next fight. “Who’s in the running? [Michael] Hunter, [David] Price, [Oscar] Rivas, [Manuel] Charr, [Oscar] Wallin I doubt. De Boy [Chisora] is not mad on southpaws. Probably about it. We might make an offer to Joe Joyce.

“No, not yet,” said Hearn when asked if he’s spoken to Joyce’s manager Sam Jones. “I think we can make Joe Joyce against Chisora. And I know Joyce has a purse bid against [Marco] Huck. I think by Sunday we’ll announce Del Boy’s opponent for October 26,” said Hearn.

Oscar Rivas, Michael Hunter and Joyce are now the only quality options on Hearn’s narrow down list of potential opponents for Chisor to fight. You can expect all three of those fighters to be eliminated soon from the list, which would narrow it down to Charr and Price for Chisora’s October 26 card. If Chisora fights either of those guys, it would be hard for Hearn to justify the card being shown on Sky Box Office. Those are truly fights.

Price is arguably over the hill, and Charr has never done anything during his career. Charr has lost to the following fighters: Povetkin, Johann Duhaupas, Vitali Klitschko and Mairis Briedis. Charr’s best wins have come against these guys:

Hunter would be a good choice for Chisora, but that fight is unlikely to happen. Hearn wants to match Hunter against Alexander Povetkin for the Anthony Joshua vs. Andy Ruiz Jr. undercard on December 7th in Saudi Arabia.

Unless Hearn is going to make a big offer for Hunter to take the arguably lesser fight against Chisora, it’s not a great deal for him. Hunter will get more attention and visibility in fighting Povetkin on December 7th than he would against fringe contender Chisora.

Joyce is supposed to be facing former cruiserweight champion Marco Huck next. That’s a terrible fight, but that’s the direction he’s going in. Huck way past his prime, and he’s not looked good in many years. Joyce gets from nothing from that fight other than having Huck’s name on his resume.

Chisora upset about Parker pulling out

“Derek was very, very upset. Obviously, he’s really geared himself up, he’s training hard,” said David Haye on his Instagram about Chisora. He’s healthy, he really wants to show the world what he’s about, and Joseph Parker we believed would bring out the very best in Derek.

“We just hoped that Joseph Parker would step through those ropes for Derek to prove how good he is in the ring, you know, at The O2 Arena, where he’s performed at a world level.

“Let’s just hope we get an opponent as soon as possible. They say styles make fights in the boxing game. We need to get an opponent, who is going to really bring the best out in Derek and for Derek to bring out the best in whoever he fights. We’re going to get an absolute humdinger of a fight,” said Haye.

Obviously, Chisora and Haye saw weakness in Parker for them to want to fight him so badly. It would be nice to see Chisora get excited about fighting Joyce, but he probably won’t. Joyce would be a real threat against Chisora. 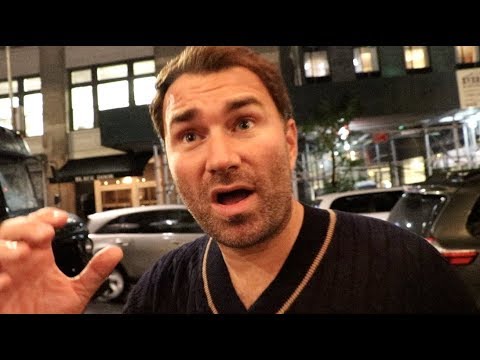 
« Pacquiao asks fans who he should fight next