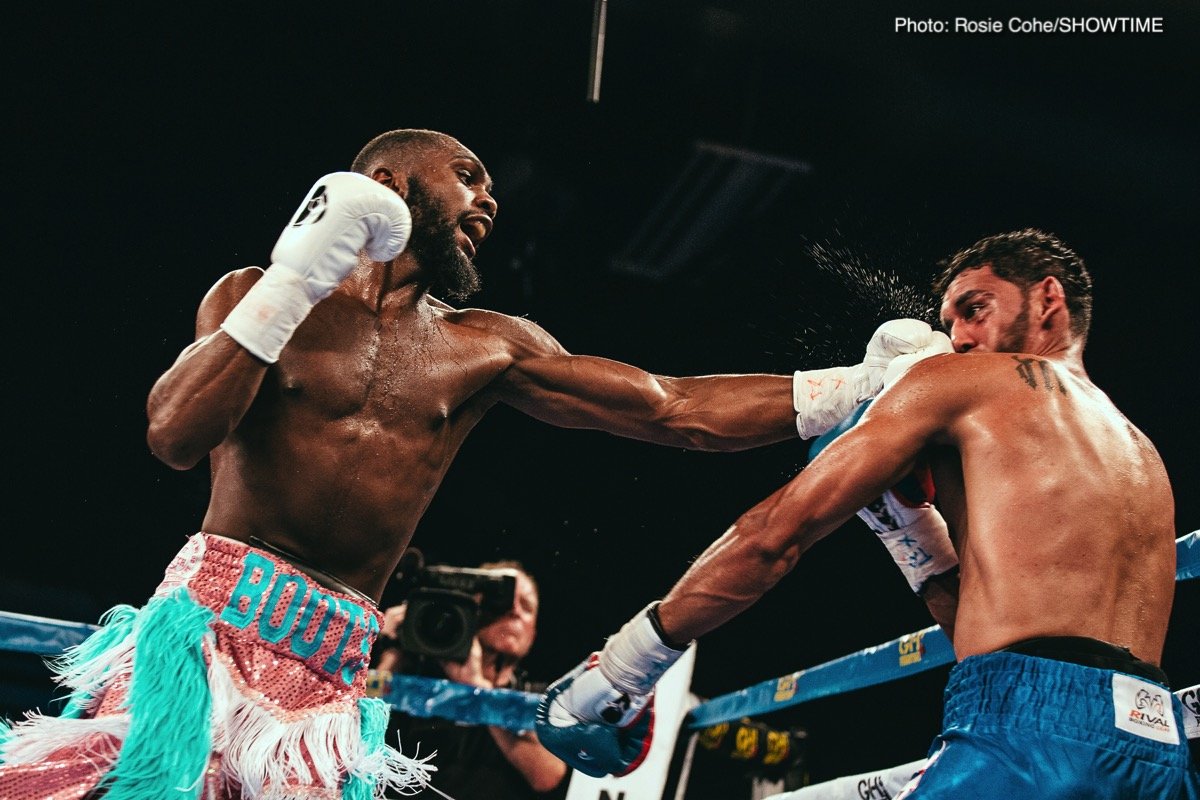 The highly touted Ennis (23-0, 21 KOs) will fight on TV for the first time in nearly a year against once-beaten Argentinian Fernandez (12-1, 5 KOs) in a 10-round co-featured bout on SHOWTIME BOXING: SPECIAL EDITION beginning live at 9 p.m. ET/6 p.m. PT from Dort Federal Events Center in Flint, Mich.

With the addition of the 22-year-old Ennis to the October 5 card, two young American prospects from boxing’s glamour divisions will share the spotlight on the undercard of Claressa Shields vs. Ivana Habazin. In the opening bout of the telecast, undefeated, 25-year-old heavyweight Jermaine Franklin (19-0, 13 KOs) will make his third consecutive SHOWTIME appearance of 2019 as he seeks a definitive victory against once-beaten Pavel Šour (11-1, 6 KOs).

“I’m really excited to be on this show for my first big fight of 2019,” Ennis said. “I want to thank Stephen Espinoza and everyone at SHOWTIME for the opportunity. I’m looking forward to reminding everybody who I am and what I’m capable of doing. We have big plans for the future, but the first step is a statement win on October 5.”

Philadelphia’s Ennis returned from a nine-month layoff due to a promotional dispute in August, picking up where he left off with a first-round TKO of Franklin Mamani. Ennis has now scored 13 straight knockouts, including two emphatic victories on ShoBox: The New Generation in 2018.

Ennis was a standout amateur before turning professional in 2016, winning the 2015 National Golden Gloves and earning a No. 1 ranking as the top amateur at 141 pounds. Since turning pro, Ennis has stormed through his first 23 opponents while his level of opposition has steadily increased. The aggressive and come-forward welterweight owns 10 first round knockouts and has yet to be pushed past the sixth round.

Fernandez, of Buenos Aires, turned professional in 2014 and has earned 12 victories in 13 fights while mostly campaigning in Argentina. The 30-year-old has fought in three scheduled 10-rounders, including in his U.S. debut in his most recent bout on August 10 in Detroit. The aggressive, come-forward Fernandez suffered the lone blemish on his record in 2014 less than two months after turning professional. The welterweight has since rallied off nine straight victories and looks forward to making a statement in his national television debut.

“This will be my second fight in the U.S. and I’m excited to show I’m ready for the spotlight,” said Fernandez. “I would like to thank my promoter, Dequan with CMC Promotions, for giving me this opportunity. I know I’m the underdog but I want the fans to know I am coming to knock him out. Vamonos!”

Tickets for the live event, which is promoted by Salita Promotions, are on sale now and can be purchased at Ticketmaster.com and at the Dort Center box office.

“I can’t wait to be a pay-per-view star and take over boxing. I’m doing it slowly but surely.” – Ennis

Philadelphia’s Ennis joins veteran boxing reporters Eric Raskin and Kieran Mulvaney to discuss his beloved Eagles, the origins of his nickname, his unique way of breaking down his opponents and what lies ahead for the highly regarded prospect.

“I’m young and I’m hungry so I got to be exciting for the fans and I have to give the fans what they want to see,” Ennis tells Raskin and Mulvaney. “What they want to see is us two having fun and they want to see you get a knockout too. I give you everything in one. I can box, I can move, I can fight southpaw or orthodox, I have speed and power. Whatever you want, I have it.”

Ennis returned from a nine-month layoff due to a promotional dispute in August, picking up where he left off with a first-round TKO of Franklin Mamani. The 22-year-old was named ESPN’s fifth best prospect in the sport in 2018 and was tabbed as one of the top 25 most intriguing boxers age 25 or younger by The Athletic in August 2019. On a trajectory towards superstardom, Ennis sees big things ahead in his future.

“After I do my thing on Saturday night, we are looking for the bigger and better names. But it’s not my fault. We called for everybody in the top 15, the guys with the names and they’re not answering. They’re not taking the fight. They ask for more money; we give it to them and they’re still not taking the fight. I’m just fighting the people put in front of me and I’m going to keep winning until I get to the top…I can’t wait until it’s my turn to fight in front of millions of people. TV, arenas, pay-per-view, everything. I can’t wait to be a pay-per-view star and take over boxing. I’m doing it slowly but surely.”