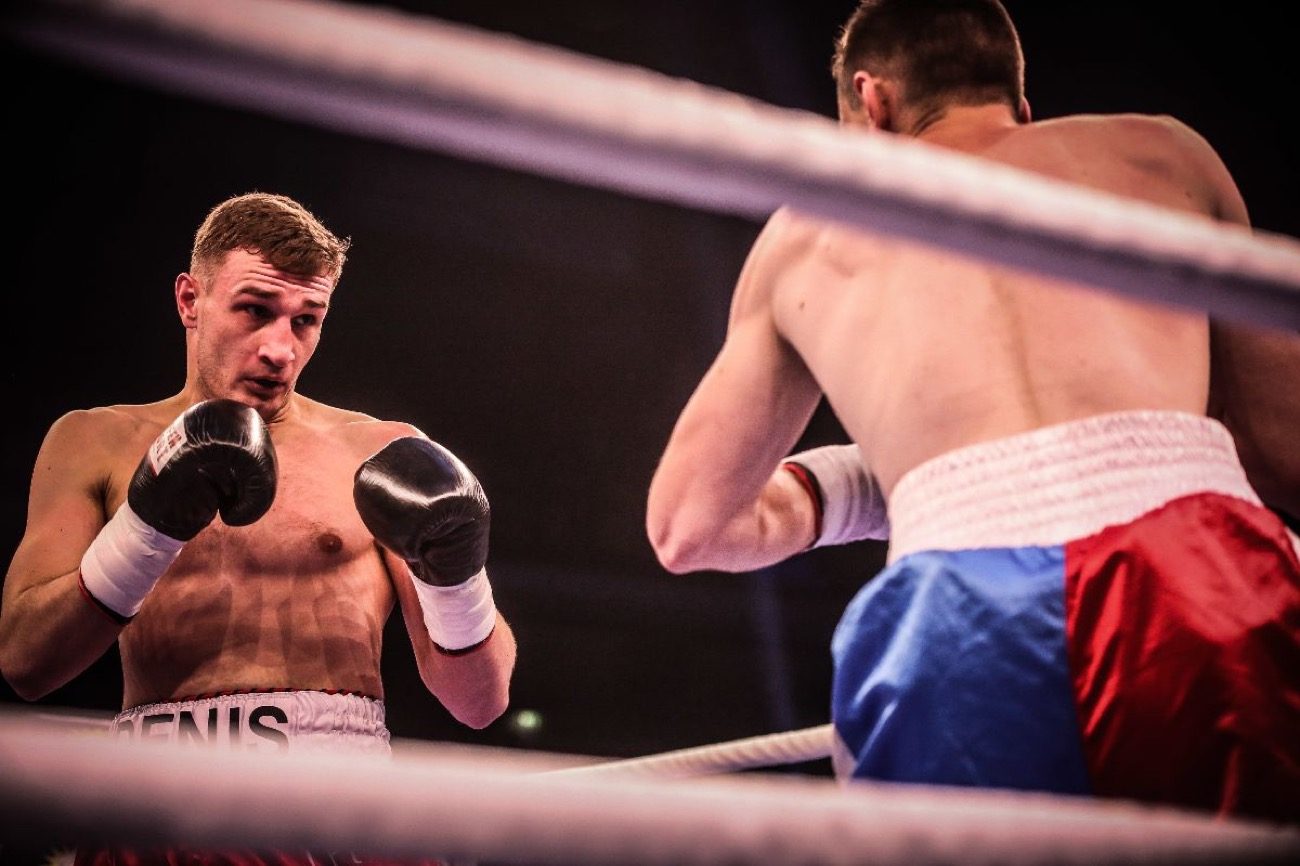 German middleweight star Denis Radovan (12-0-1, 5 KOs) will make his international debut on October 26th on the undercard of the Ali Trophy Super Lightweight Final between Josh Taylor and Regis Prograis at The 02 in London.

The 27-year-old returns to the ring having secured the IBF European title with a points win over domestic rival Ronny Mittag in Wolfsburg in April, and will look to continue his climb up the middleweight ladder against former Commonwealth Champion Luke Blackledge (26-8-2, 9 KOs).

“It’s unbelievable to be boxing on such a big show,” said Radovan. “This is without a doubt the biggest show I have ever boxed on, and I have to thank my promoters Team Sauerland for this fantastic opportunity.

“I know Blackledge very well, we had some very tough sparring sessions in Germany so I know I’m in for a tough fight, but I also took a lot of confidence from these spars. I’ve had a great camp and preparations have been perfect.”

Blackledge, a seasoned contender, has faced the likes of ex-WBA World Champion Rocky Fielding and series one World Boxing Super Series victor, WBA Super and Ring Magazine Champion Callum Smith, and is confident his experience will give him the edge against the unbeaten Radovan.

“I’m excited to get another big chance. I want to make a statement and put on a show,” said Blackledge. “I’ve had a great camp, I’ve been over to Norway to spar, and now I’m fit and I’m ready to go!

“I was in Germany sparring Tyron Zeuge a few years ago and Radovan was in the same training camp, so I spent the whole month in camp with him sparring and training so I know what he’s about.

“I know I’m going to have to go through hell and I’m going to take him somewhere he’s never been before. With my experience, grit and determination to win it’s going to be a hard night for him. I won’t lie down for anyone – I’m going there to win 110%.”

Promoter Nisse Sauerland is anticipating an excellent night of action and is looking forward to watching rising star Radovan make his UK debut.

“Fighting on a card like this is a very special opportunity for Denis,” said Sauerland. “This will be his first fight abroad and with Blackledge he gets a very experienced opponent who has boxed plenty of big names. All in all Denis can take a lot out of this fight!”

Also featuring on the stacked fight card are young stars Conor Benn (15-0, 10 KOs), Austin Williams (3-0, 3KOs) and Shannon Courtenay (3-0, 1 KO) who continue their education in the paid ranks. All the action from the 02 Arena is available to watch live on Sky Sports Box Office in the UK and DAZN in the US. Tickets are available online via www.AXS.com.