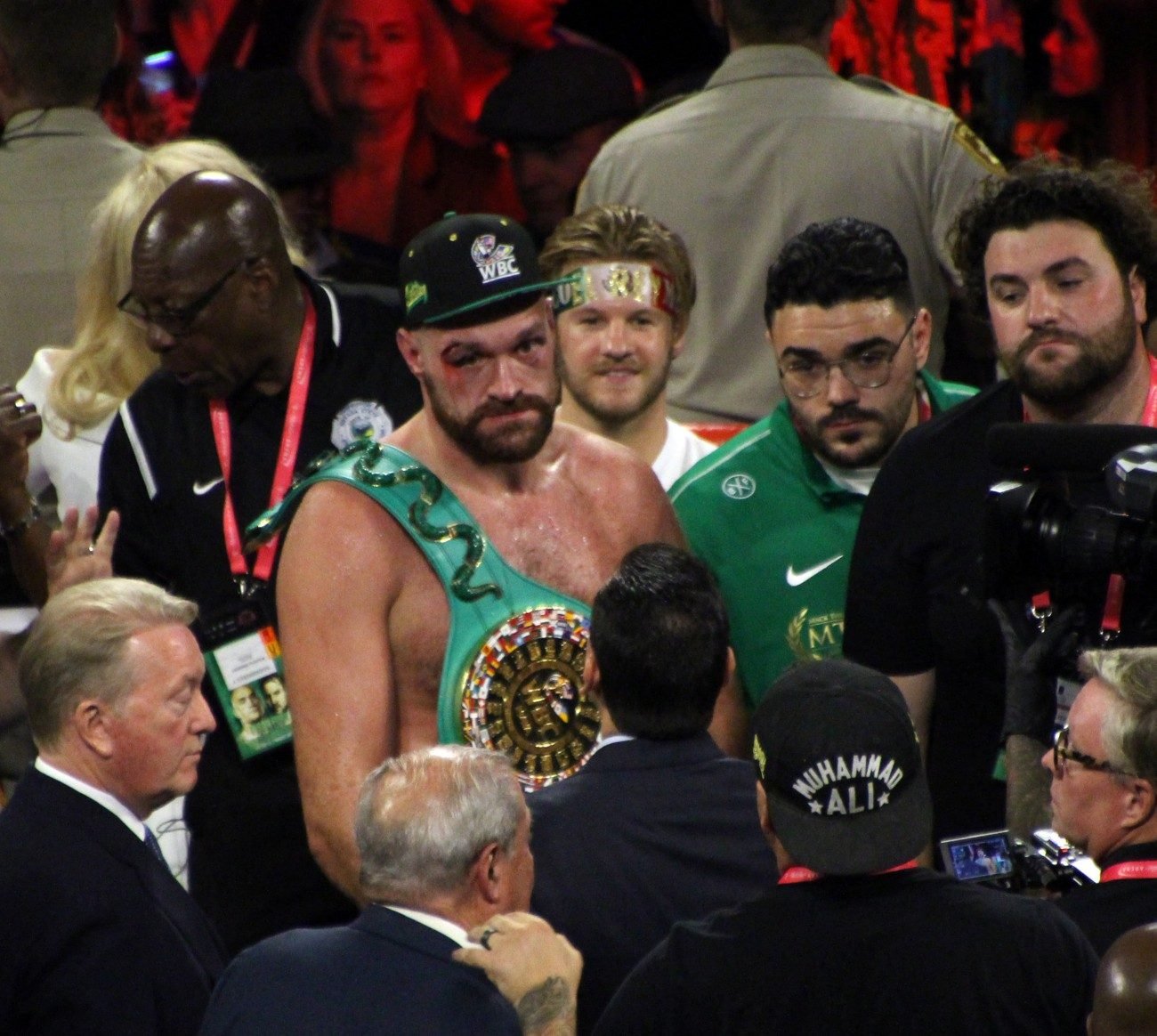 By Tim Royner: Dereck Chisora says he views lineal heavyweight champion Tyson Fury as the #1 pound-for-pound fighter in boxing right now. However, the unbeaten Fury (29-0-1, 20 KOs) is nowhere to be found on the Ring Magazine’s top 10 pound-for-pound list right now.

One possible explanation for that is Fury still hasn’t beaten a talented heavyweight since his return to boxing. Although Fury fought to a 12 round draw against WBC heavyweight champion Deontay Wilder last December, he still didn’t beat him.

Since Fury launched his comeback in 2018, he’s beaten these fighters:

Does Fury deserve the #1 pound-for-pound ranking?

The question is does Fury rate the #1 pound-for-pound ranking based off his wins since his comeback? We can pretend that Fury beat Wilder, but the fact is he didn’t. He was held to a draw, and was lucky that he didn’t get knocked out in the 12th. A lot of boxing fans think Fury was given a long count by the referee Jack Reiss that worked the Wilder-Fury fight.

Fury’s fans insist that he did enough to deserve the victory over Wilder, but that’s not the same as getting the victory. The judges are the ones that decide who the winner is, not the fans. Fury’s recent win over Otto Wallin wasn’t against a well known enough opponent for him to receive a lot of credit . The fight turned out to be closer than expected, but that was largely because Fury didn’t perform well and was dealing with a bad cut over his right eye.

“I have to go with Tyson Fury, man, because when he was on his form and before he got slapped off the rails, I think he’d become the pound-for-pound straight away, if there were no mess-ups,” said Chisora to thesun.co.uk.

This is the current top 10 pound for pound list by Ring Magazine:

With Fury’s complete absence of victories over credible opposition in the last 4 years, you can’t give him a #1 ranking in the pound-for-pound list. Fury’s last real victory over a quality heavyweight came against Wladimir Klitschko in 2015. Fury made a big deal about that win, but the fact of the matter is, Wladimir is 38-years-old, and well past his prime by that point in his career. Fury basically did what Saul Canelo Alvarez did in beating a past his prime Gennady Golovkin when he was no longer at his best.

It’s interesting to note that Ring Magazine has Fury as their #1 heavyweight in the rankings for that weight class. Fury can at least feel good about that.