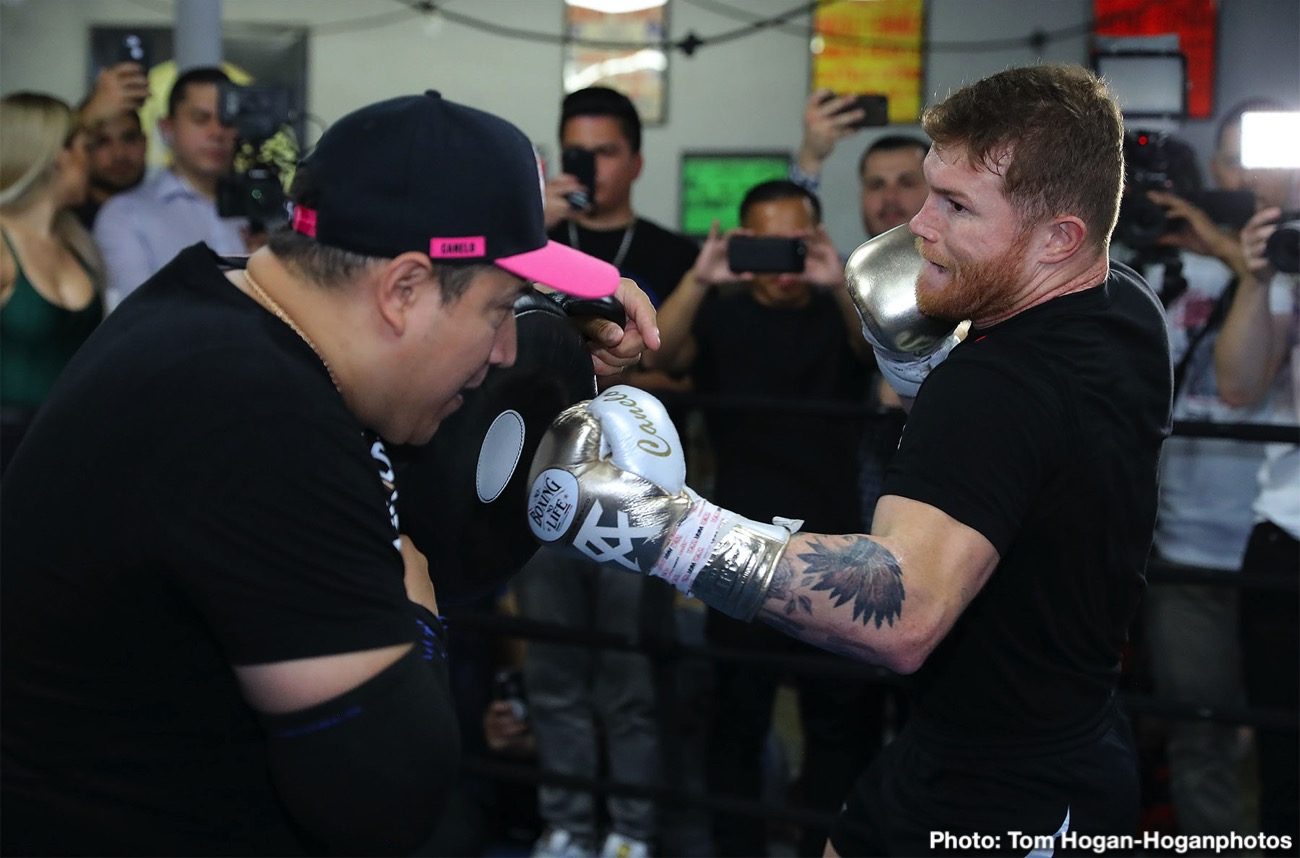 Canelo Alvarez (51-1-2, 34 KOs) hosted a media workout today at the House of Boxing in San Diego, Calif. ahead of his upcoming 12-round bout against Sergey “Krusher” Kovalev (34-3-1, 29 KOs) for his WBO Light Heavyweight World Title. Trainers Eddy Reynoso and Jose “Chepo” Reynoso also attended the workout. The event will take place Saturday, Nov. 2 at the MGM Grand Garden Arena in Las Vegas and will be streamed live exclusively as one of the most-anticipated events this fight season on DAZN.

Below are quotes from today’s workout:

“I feel good! This is the weight I’m usually at during my normal life so it’s natural for me. I’ve been eating well, lifting more weights because I normally don’t lift weights when I’m losing weight. I’ve been eating how I normally do, of course staying healthy, but adding more rice, protein and carbohydrates. I’m entering his zone of comfort but we’re ready for this. We have the intelligence and skill to beat Kovalev and win the fight. It’s going to be one of the most important fights for me and my career. This title is very important, to be a four-time world champion in different divisions.

“This is historic for my career. In boxing you have to take risks to make history and it’s a huge risk for my career but we’re ready. We feel that we have the necessary skills to win this fight! I’m going to utilize all my skills in the ring. A body punch is always necessary in every fight and it’s a key move that I’m obviously going to utilize to my advantage to win this fight. We know what he has and what this challenge represents. We know he has long arms, his jab is really strong, and he knows how to move, but we’ve trained for this. He’s my strongest opponent without a doubt and it’s a huge risk for me but we’re ready.”

“We’re in a very optimistic mindset thanks to all the hard work we’ve done, all the preparation. We have confidence and optimism because we’ve done everything right. In the gym we have a saying, “What’s done well can’t turn out poorly.” This would be a great achievement for Saul to win this fight that very few in the history of boxing have done. For us, for Saul and for the team too since we’ve started together.

“Everyone needs to understand that we’ve been working together for 15 years and have come this far to now fight for this fourth title, together. We’re optimistic, happy and confident that we can take this fourth title. Canelo is a man of many risks and he always likes to take risks. I admire him for that. He knows the risk he’s taking but the prize for that risk will be huge. We know Kovalev’s style because we’ve seen him for years. We know he is strong and tall, but knowing this we accepted this fight because we know Saul can beat him.”

“We’re focused. We’ve been training for more than three months and have prepared very well. We haven’t had any setbacks with injuries or illnesses and we’re good. We’ve taken care of ourselves and we prepared well to be able to win this fight. Kovalev is a strong fighter and he has lots of good qualities. He’s made it this far in his career because of that. He has a good punch and has a lot of heart. We’ve seen some errors in his fighting style and we hope to capitalize on those mistakes the day of the fight. It’s very important for us and for Mexican boxing that new figures arise, or new records are being broken. Whether that’s Saul or someone else, I think it’s important for everyone that’s in the world of boxing.”

Canelo vs. Kovalev is a 12-round fight for the WBO Light Heavyweight World Title presented by Golden Boy, Main Events and Krusher Promotions. The event is sponsored by Tecate, “THE OFFICIAL BEER OF BOXING,” Hennessy “Never Stop. Never Settle” and Brand-New Grapefruit Crush, Knockout Flavor. The event will take place Saturday, Nov. 2 at the MGM Grand Garden Arena in Las Vegas and will be streamed live exclusively on DAZN. The title clash is one of several highlights this fight season on DAZN – an entire fall featuring boxing’s biggest matchups in one of the best schedules in boxing history. 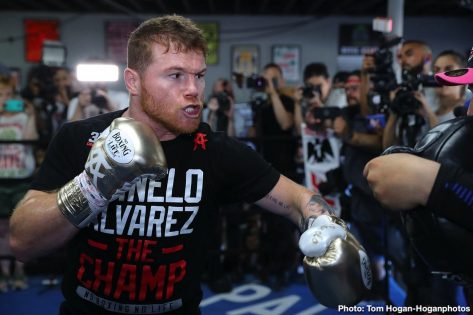 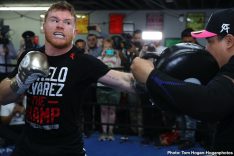 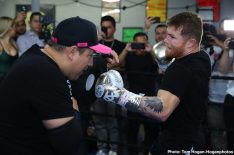 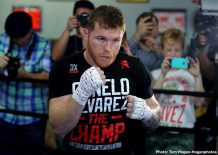 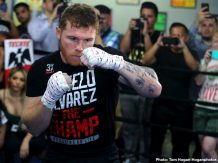 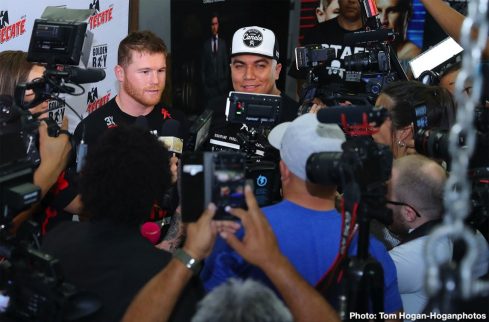 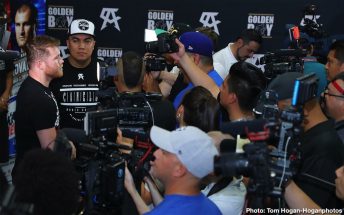 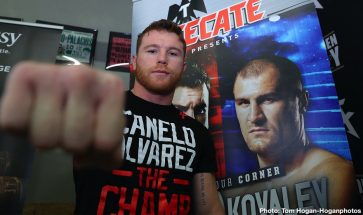 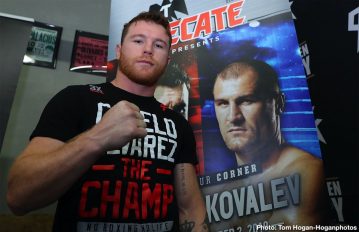 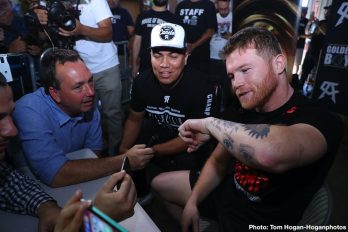 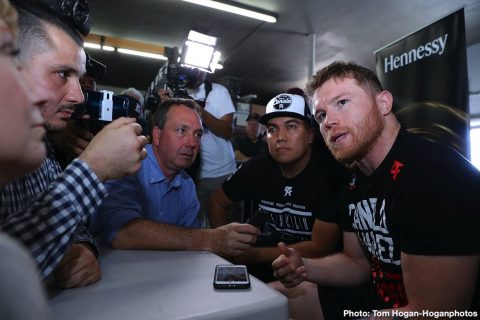 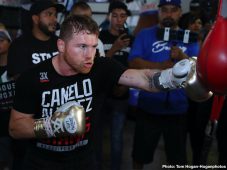 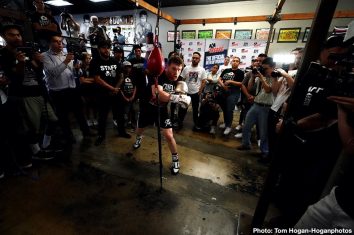 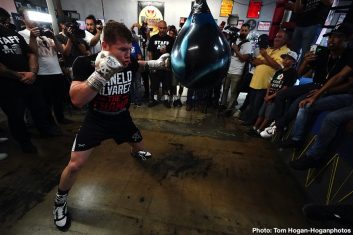