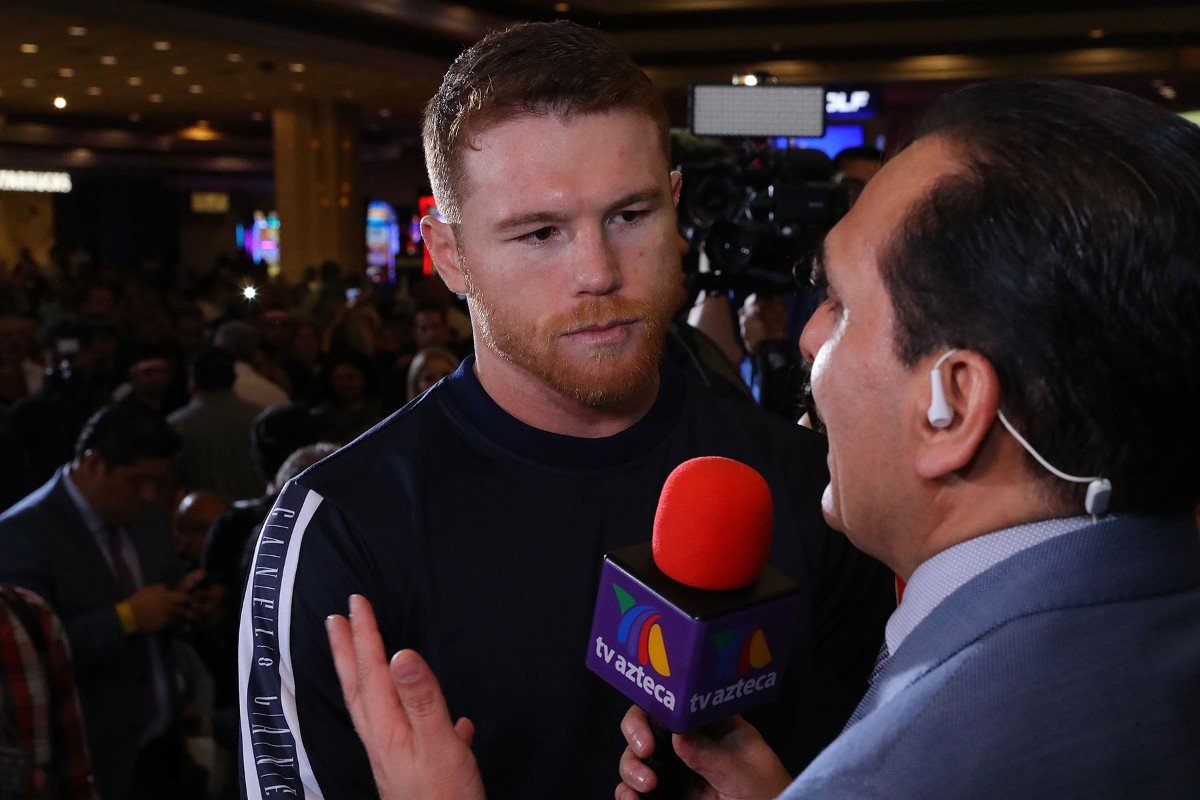 By Barry Holbrook: Saul Canelo Alvarez says Gennady ‘GGG’ Golovkin STILL hasn’t done anything since they last fought a year ago, and he doesn’t present a challenge to fight him again. Canelo told @tvazteca he’ll definitely beat Golovkin in the third fight, and he’ll win by knockout this time.

It’s important that Canelo make a decision whether he wants to give Golovkin a third fight, because he could miss out on his chance if he doesn’t do it soon. At 37, Golovkin is starting to look like a shot fighter.  If Canelo waits too much longer before fighting GGG again, he’ll have missed his chance.

“Since he fought me, Golovkin, he hasn’t done anything,” said Canelo to tvazteca.com. “If he does not represent a challenge, I will not do it. Break down the numbers to me and then maybe… What will happen in the third? I’m going to win again, I’ll even knock him out.”

Since Canelo beat Golovkin last year in September, GGG has beaten Steve Rolls and Sergiy Derevyanchenko. It’s unclear who Canelo expects Golovkin to fight. Asking him to take on the super middleweights or light heavyweights would be expecting too much of him, because it’s not as if he has the size to defeat the quality fighters in those divisions.

Canelo is now fighting light heavyweight Sergey Kovalev, but he’s past his prime. Canelo isn’t taking on the dangerous guys in Artur Beterbiev, Dmitry Bivol or Oleksandr Gvozdyk. The only real options Golovkin has at 160 to impress Canelo is Derevyanchenko and Demetrius Andrade. Golovkin isn’t going to fight WBC middleweight champion Jermall Charlo, because he’s a Showtime fighter and is on a different platform than him. Golovkin fights on DAZN.

Canelo has a fight scheduled already against WBO light heavyweight champion Sergey Kovalev on November 2 on DAZN, but after that he’s free for May of 2020.

It would be in Canelo’s best interest to mark that date on his calendar for Golovkin.  That could be a tough fight for Canelo. If he can win that match without taking too much punishment, then a trilogy fight with Golovkin would be ideal for early 2020.

The first two fights between the two middleweights were scored as a draw and a 12 round majority decision.

Canelo (52-1-2, 35 KOs) wanted GGG to take some risks with his career, and win a world title before he would consider fighting him again.

Canelo isn’t ruling out a third fight with Golovkin entirely at this time, but he’s not saying that the fight is going to happen.

Canelo will have to fight harder to KO Golovkin

For Canelo to knockout Golovkin in the trilogy fight, he’s going to need to show the same kind of engine that we saw with Derevyanchenko last Saturday. Golovkin was pressured hard by the busy Derevyanchenko the entire second half of that fight. Derevyanchenko did a better job against Golovkin than Canelo did, especially with his body shots. Sergiy didn’t get the decision, but he’s not as popular as Canelo.

😤 Canelo Alvarez: “Since he fought me, Golovkin, he hasn’t done anything… If he does not represent a challenge, I will not do it. Break down the numbers to me and then maybe… What will happen in the third? I’m going to win again, I’ll even knock him out.” [@Azteca]