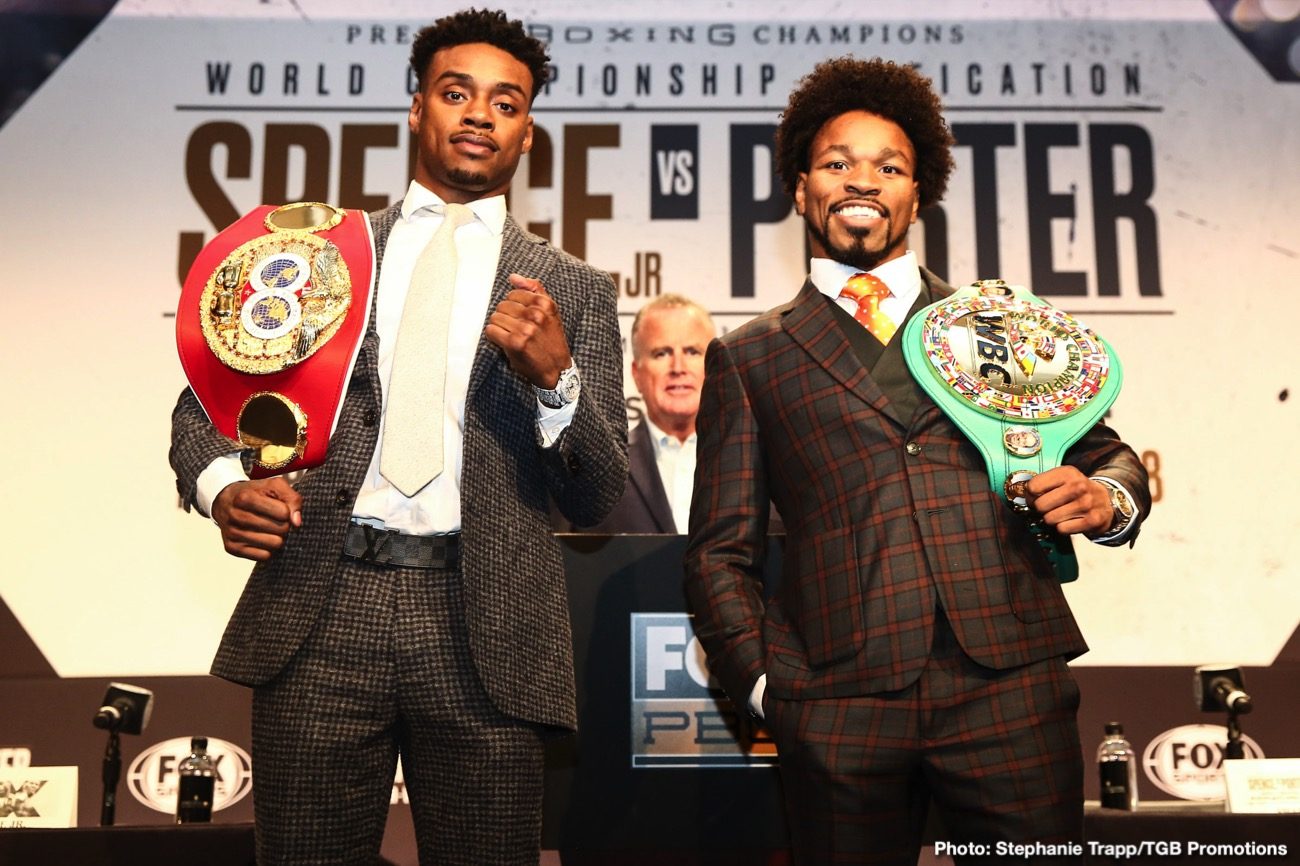 By Dean Berman: Keith ‘One Time’ Thurman is predicting a victory for IBF welterweight champion Errol Spence Jr. over WBC champ Shawn Porter in their fight on Saturday night on PBC on Fox Sports Pay-Per-View.

Former WBA/WBC welterweight champion Thurman says by the early rounds, we could one of the two fighters dominating the fight. He expects it to be Spence that shows his class by either stopping Porter or winning a 12 round decision. However, Thurman says he’d like to see Porter show him something.

Thurman NOT calling out the Spence vs. Porter winner

Keith doesn’t say whether he would like to fight the Spence-Porter winner, and that’s interesting. The old Thurman would have let the boxing world know that he has first dibs on the Spence vs. Porter winner, but One Time has changed since his loss to Manny Pacquao last July. The fight took something out of Thurman, making him less cocky, and more hesitant to challenge the young lions.

“Spence late rounds to all 12 rounds, you know,” said Thurman in predicting win for Spence over Porter. “I just think Spence wins the fight, but I would love for Porter to show us something different. He needs to show us why he’s been champion multiple times.

“Styles make fights, you know. He’s not Kell Brook. I think body shots will matter in this fight, and I expect both to be going to the body. I think dominance will be presented in the first four rounds, so I’m here as a spectator just like you guys,” said Thurman.

Thurman (29-1, 22 KOs) isn’t exactly going against the grain in picking Spence (25-0, 21 KOs) to win the fight. Practically the whole wide world is picking Spence to win, because they see his power, size, youth and amateur pedigree as being too much for Porter. Body shots will definitely be key for Spence, because Porter is likely going to try and extinguish his offense by giving him no room to punch by taking the fight to the inside.

Porter likes to lean on his opponents and hammer them in close. Being short and stocky, Porter is good at pinning his taller opponents to the ropes, and working them over. Spence will need to use his strength to keep Porter from pressing him to the ropes.

Spence vows to shut Porter up

“He’s been talking a lot, his dad’s been talking a lot and I’m going to shut him up,” said Spence about Porter. “They’re going to call me the “show stopper’ after Saturday night. I’ve prepared for everything. It’s all about adjustments. I make them fast in the ring. People thought Kell Brook’s experience would help him but it didn’t at all. I can adjust to my opponent’s style and we will show it Saturday,” said Spence.

Given that Porter was basically beaten in his last fight by Yordenis Ugas, it takes away a lot of the suspense for the Spence fight. It looks bad that Porter is coming into the fight with Spence off the back of a controversial win over Ugas last March. That fight wasn’t even close. Ugas dominated Porter for 12 round, and then found himself on the receiving end of a controversial decision.

“You a in shape street fighter.”