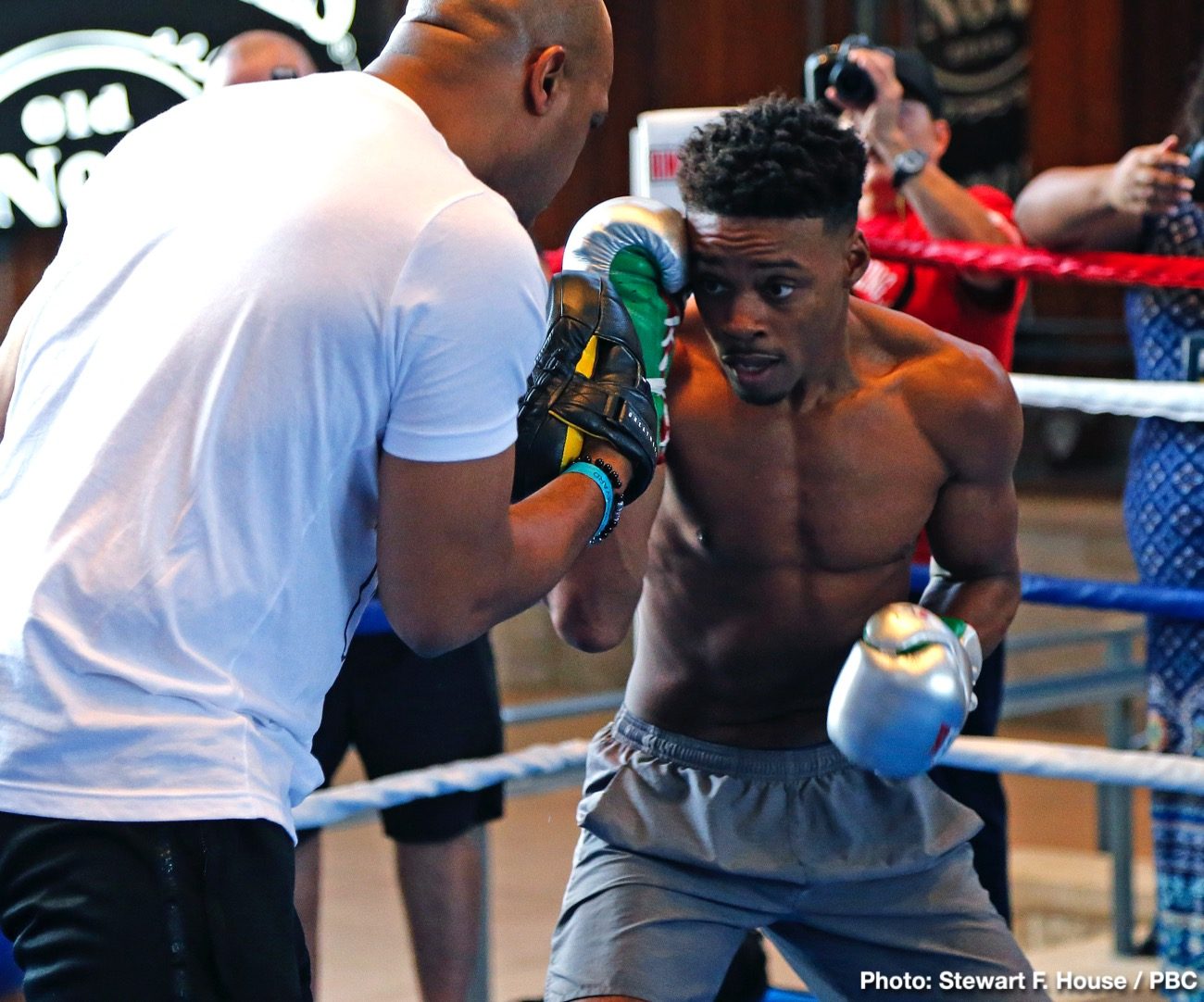 By Sean Jones: Errol Spence Jr. reveals that he’s not listening to the noise that Shawn Porter has been making in trying to throw him off his game for their September 28 unification fight on Fox Sports PBC Pay-Per-View at the Staples Center in Los Angeles, California. Spence says the winner of this fight will be the #1 welterweight in the division.

Porter, 31, has said recently that he has the experience to beat Spence (25-0, 21 KOs) due to some of the tough fights he’s had in the past. Shawn has been in with Keith Thurman, Kell Brook and Danny Garcia. Thurman and Brook both beat Porter. Spence says he’s a different fighter than anyone Porter (30-1-2, 17 KOs), and he’s going to be fighter to stop him.

Both Spence and Porter are already dehydrating for their fight in eight days from now on September 28. These guys need to start dropping weight right now because they’re both going to be much bigger by fight time. A few weeks ago, Porter looked really thick like he was in the 170s. He was huge. You could tell that Porter has been hitting the weights hard, and eating well to add mass for this fight.

Shawn has never fought anyone like me says Spence

“I’m different than anybody Shawn’s ever fought,” said Spence. “I’m not Keith Thurman and I’m not Danny Garcia. Shawn has been in a lot of close fights with great fighters, but I’m going to bring something he’s never seen before. I’m just going to stay focused, and win easy. Everything I said I’d do in a fight I’ve done so far. I expect a knockout and that’s what’s going to happen on September 28,” said Spence.

Brook used a lot of hitting, and then diving in to hold Porter to keep him from getting his shots off. Spence is going to be a lot of different with the way he goes about beating Porter. He’s going to be more aggressive, and be looking to score a knockout. It’ll be up to Porter whether he wants to stand his ground and fight or get on his bike and get out of dodge.

Spence sees holes in Porter’s game he can exploit

“There are parts of Shawn’s game that I know I can exploit,” said Spence. “We work hard to be ready for any kind of style he tries to bring. I’m mentally preparing to break him down and make it a calculated knockout. The winner of this fight is definitely going to be the best welterweight in the world. There’s no way around it. Being a unified champion and stamping my place in the division makes me even hungrier to win,” said Spence.

Spence says he’s studied Porter’s past fights on video, and he feels there’s nothing he can bring that he won’t be ready for. Porter, 31, has sounded mysterious in talking about the game plan that he’ll be using against Spence, but likely won’t be anything different from what he’s shown in past fights. Porter has shown that he’s an aggressive fighter brawling on the inside or he’ll stay on the outside and box.

Spence wants to make a statement against Porter

“I’m looking to make a statement by being the first person to knock Shawn out,” said Spence. “I showed people that I have the great boxing skills against Mikey Garcia, and now I’m going to remind everyone about my power on September 28.”