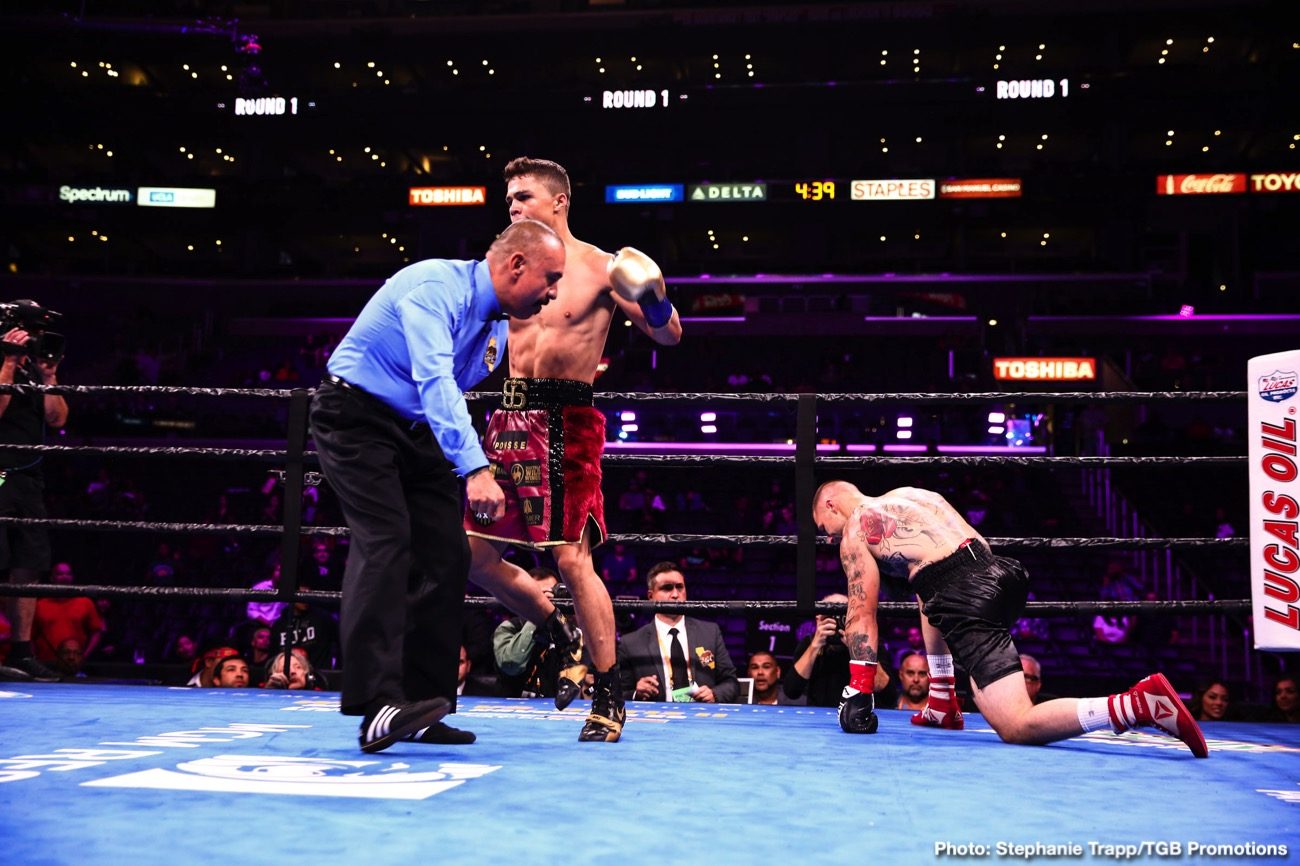 The early rounds were strategic, as Thomas relied on his movement while Guerrero looked to fire jabs patiently until he found opportunities for his power punches. Round three saw action jump up a bit as Guerrero landed a big straight left that pushed Thomas hard back into the ropes.

“I got some rounds in tonight, which was valuable,” said Guerrero. “We got what we needed and boxed our way to victory.”

Guerrero continued to stalk Thomas and attack the body as his opponent spent most of the fight set on circling the ring. However, in round nine, Thomas upped the presser and closed the distance on Guerrero. He landed numerous power shots that put Guerrero on the back foot.

It was Thomas’ best round of the fight, but he was unable to put Guerrero down or out and after 10 rounds the fight was in the judges’ hands. All three saw the bout in favor of Guerrero, by scores of 98-92 and 99-91 twice.

“I want to get back into those bigger fights,” said Guerrero. “I moved around and stayed smart in there tonight. The goal was to stick to the game plan and I did until the end of the fight, but then I got right back on it. You just have to keep working out the kinks and that’s what I’m going to keep doing.”

Spencer started the action early, leading with power shots while also controlling the distance between him and his opponent. A series of body shots put Gambardella down twice in the first round, although he was able to make it to the closing bell of the frame.

“The body shots weren’t really the plan going in,” said Spencer. “I started off with head shots and he was taking those well. I put one downstairs and I instantly saw it affect him badly. I knew it was a wrap. I was going to keep going to the body.”

Spencer landed a powerful straight right hand to Gambardella’s head early in round two and quickly followed up with a flurry punctuated by another body shot that dropped him for the third time in the fight. Although Spencer looked to close hard, Gambardella was able to fight intelligently and make it through another round.

“I thought the referee was going to stop it in the second round,” said Spencer. “When he let him go I took a deep breath and made sure not to punch myself out. I stuck to my jab and let the rest take care of itself.”

Early into round three, Spencer went back on the attack and connected with a big left hook to Gambardella’s head. This time, referee Ray Corona jumped in and halted the bout 53 seconds into the round, giving Spencer the TKO victory.

“I’m so happy with the improvements that I was able to show tonight on the big stage,” said Spencer. “I’m really excited for what’s to come.” 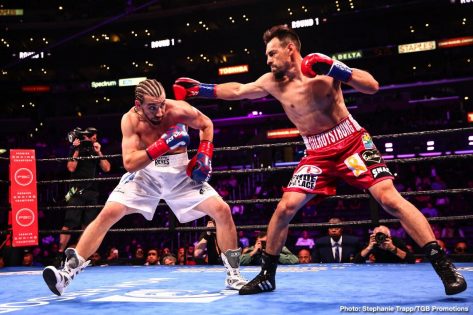 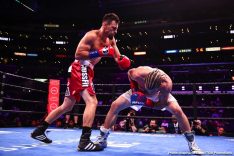 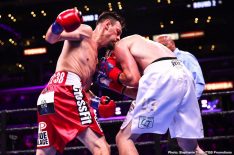 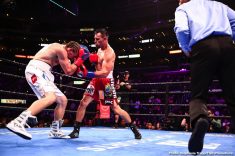 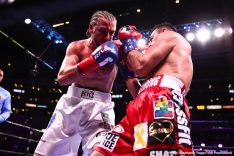 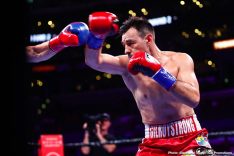 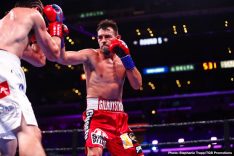 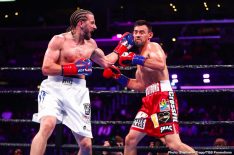 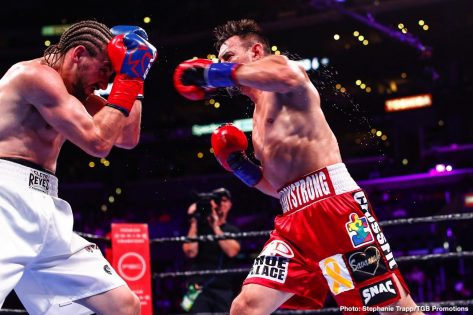 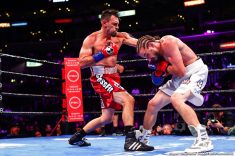 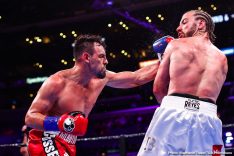 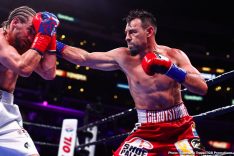 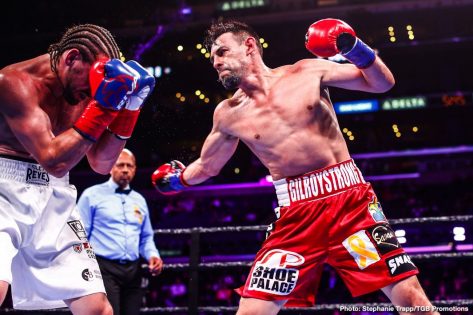 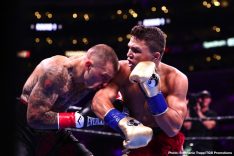 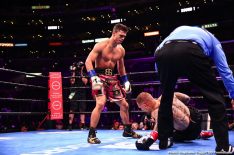 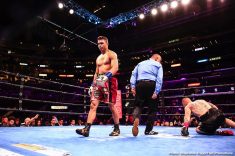 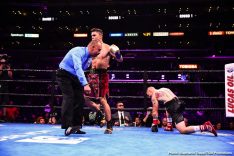 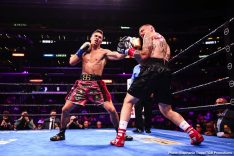 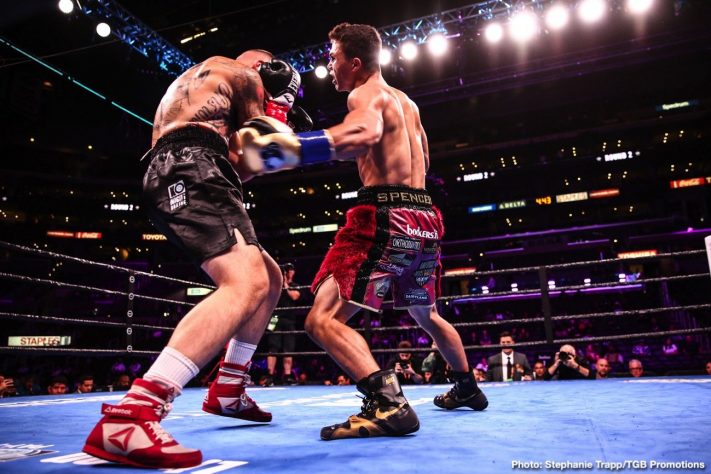