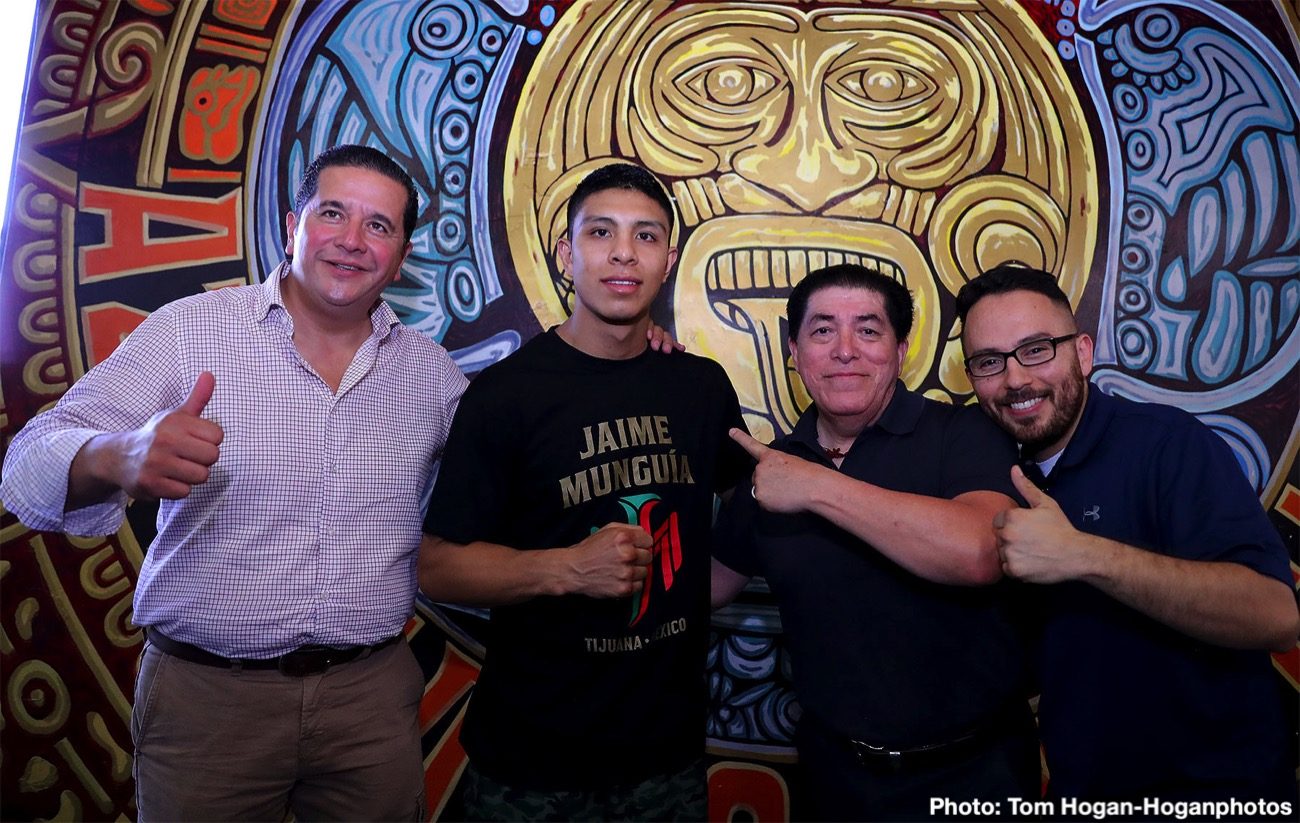 Jaime Munguia (33-0, 26 KOs) of Tijuana, Mexico and African warrior Patrick Allotey (40-3, 30 KOs) hosted their media workout today at Azteca Boxing Club ahead of their 12-round fight for the WBO Junior Middleweight World Title. This battle will take place on Saturday, Sept. 14 at Dignity Health Sports Park in Carson, Calif. and will be streamed live on DAZN.

Below is what some of today’s participants had to say at the event.

“It’s very important to me that I’m headlining on this special day. It’s a big responsibility but it’s very exciting and I promise to do a good job for all my fans. My trainer, Erik Morales, gets more out of me. I’m training harder and running harder. I’m going to give the best and I hope I can deliver the best to the fans. As a Mexican, I’m representing my country and it’s a huge responsibility but I’m happy to be taking it on. Patrick Allotey is coming ready to fight me and of course, I want to win by knockout. I felt really good during training camp and I hope to give a spectacular show.”

“Patrick Allotey is coming ready to fight me and of course, I want to win by knockout. I felt really good during training camp and I hope to give a spectacular show.” – @jaimemunguia15 🇲🇽🏆 pic.twitter.com/fupk1vuqWY

“I’m happy to fight because it’s an opportunity to showcase myself. I love Mexico, I love Mexican fighters. I don’t feel worried to be fighting in a card that is so important for Mexican boxing because when I’m fighting with a Mexican, I’m Mexican too. And when the fans are shouting for my opponent, they are shouting to me too. I can’t define my style, because that is something that you decide at the ring. In boxing you don’t need style, you need to think. I’m a well-rounded fighter. I’m ready.”

“I feel good because I get another chance to show everyone that I’m a better fighter and that’s all I can ask for. During fight week I get excited and anxious, I just want to be in the ring. I feel like [Avery Sparrow] doesn’t have the power to knock me out but he has the power to make me aware. I have a competitive spirit, and I never get angry in the ring, I always make it about boxing.

Even my coach says, ‘when you’re outside the ring you’re a boy, and in the ring, you turn into something else.’ No matter what, you have to work hard. My daughter has me invested and I’m trying to be the best boxer I can be. It’s a big day for sports all around the world. There will be many eyes and everyone’s watching. I’m honored to be fighting and will give my best performance. The fans make the fighters and I want to thank all my fans for the support. Without my fans I wouldn’t be in this position. I know what you want to see and I’m going to give it to you.”

“This is such an honor for me to come to LA, which is known as boxing royalty. I’m just happy because they appreciate boxing here. I want to make sure I’m giving a great show for my boxing fans. I’ve been a part of the movement of women in boxing and I’m doing my best to add to it so that women’s boxing can gain more respect. Hopefully [Alejandra Jimenez] did her homework on me. I do this for life and she does it for play. I’m here to fight and we’re going to have fun.

I’ve been putting in a lot, I’m proud of myself. I take pride in being a business woman, making sure I fulfill my duties in being a good example for others. And, I want to make my own lane. I do fashion design, I’m in school. I’ve paid my dues and I’ve put in my work. This is my second fight under Golden Boy and they’ve been a huge support. Having them with me makes me feel like how I see myself in the future. Saturday is a great opportunity for me. It’s such an honor because it’s a big boxing holiday. The stars have aligned, and this is where I’m supposed to be. I want to show all my fans that boxing is life!”

“I know this is an event where the majority of the fighters are Mexican, but I’m happy to be a part of the event. I’ll show my best, because I’m confident about myself. I’ve learned from my mistakes in the past. I’ve learned from my mistakes at my last fight and the fans can expect a good fight. About my opponent, I know he hasn’t fought in a while and he wants to give a good show.”

“I feel ready for the fight and what it’s going to bring. I’m a determined fighter and for Saturday, the one who makes the less mistakes is going to win.”

“I’m very excited and ready. I’m content with the work we put in camp and I’m ready to give my fans a good show. This is my pro debut and it’s going to be a good one. When they told me I was fighting on this card, I was a little anxious and excited but I’m here to give the best I can, which is what the public wants, a great fight. I want to thank all the fans for supporting me, they can expect a great show. The Dignity Health Sports Park is known to be a war zone, so I hope to live up to it.”

“I’m happy and very excited. I’m glad to fight in such an important city and where so many Mexicans live. That to me is a great responsibility. When I was little, I used to watch these September 14 fights, and I dreamed with the idea to be a part of them one day. For me this fight is important. Each fight is the most important of my career, so I do not relax and I learn from each of them. When Golden Boy told us that we were going to be part of this event we were happy because we were ready for it. I had two months of preparation by the hand of Freddy Roach and Wild Card boxing. I’ve grown and learned so much. I am a versatile boxer who can adapt to any situation within the ring.”

“I’m new to pro wins so I’m gaining experience with every fight. I’ve been training real hard for this fight and I’m ready to give a good performance for my hometown fans. I just fought in Mexico and it was amazing to be there. I’ve been staying in the gym and working on staying active so that I’m ready whenever. My height is a big advantage and I know how to use it really well. I was really happy to learn I was fighting on this card and I’m really excited to open up the show on Saturday. I want to make a statement to everybody, I’m ready to fight! Everyone tune in, it’ll be a great show.”

Munguia vs. Allotey is a 12-round fight for the WBO Junior Middleweight Championship presented by Golden Boy in association with Zanfer Promotions. The event is sponsored by Tecate, “THE OFFICIAL BEER OF BOXING,” Hennessy “Never Stop. Never Settle,” and Orange Crush. The event will take place Saturday, Sept. 14 at Dignity Health Sports Park and will be streamed live on DAZN. 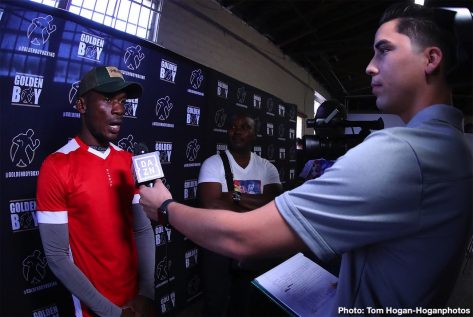 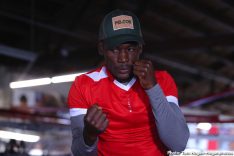 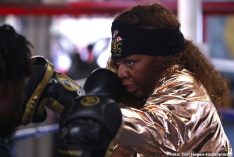 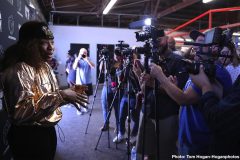 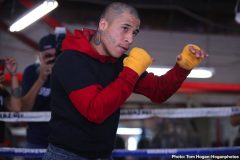 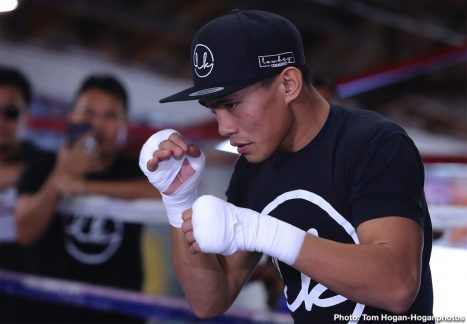 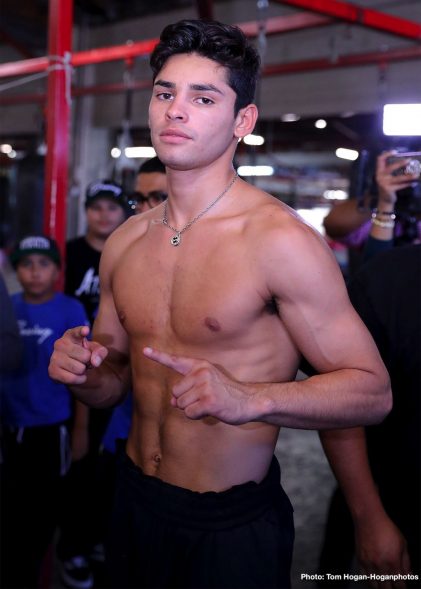 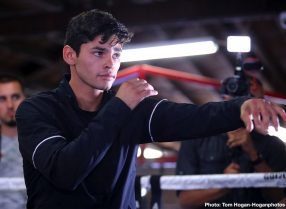 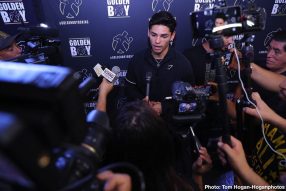 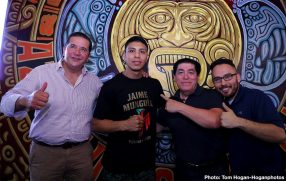 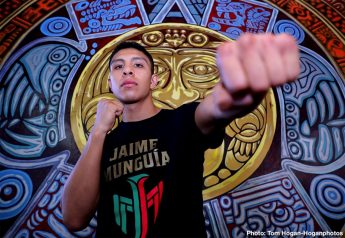 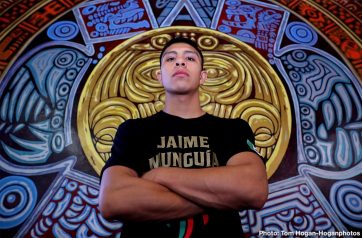 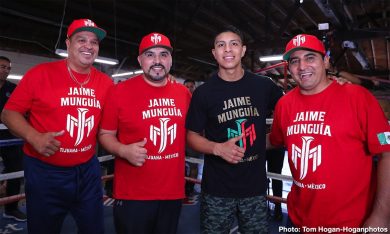 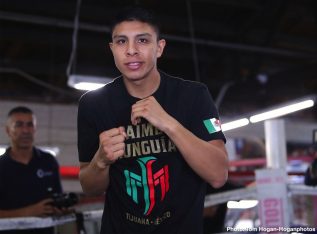 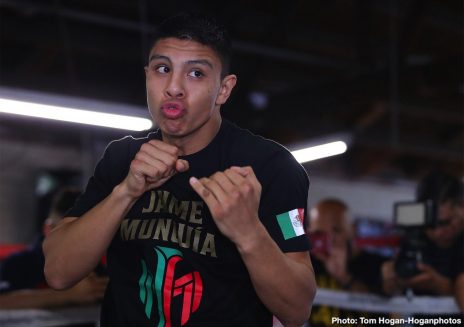 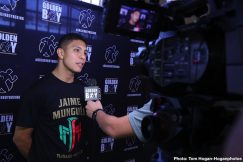 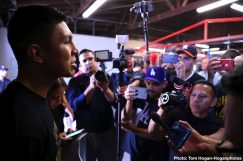 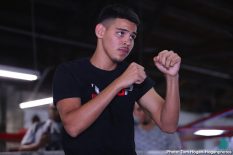 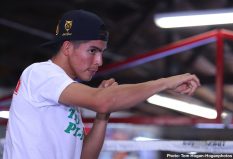 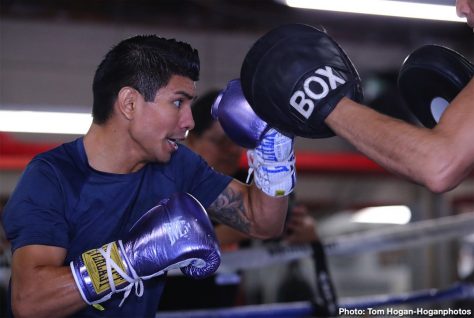 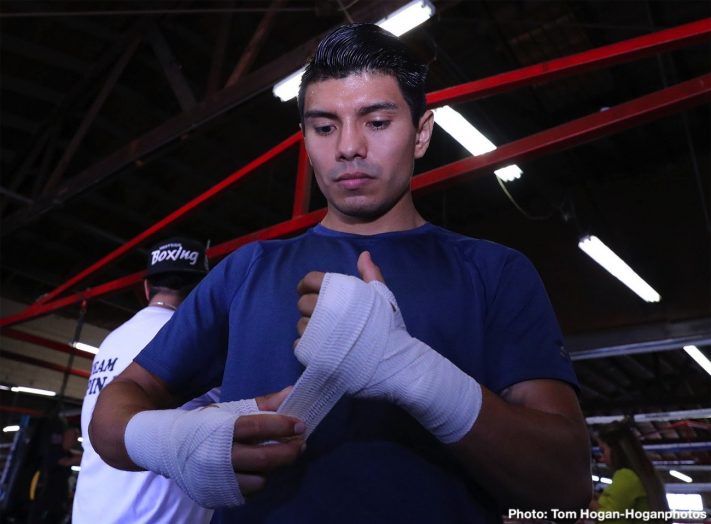