Leon Bauer vs Toni Kraft on Nov 9 in Hamburg 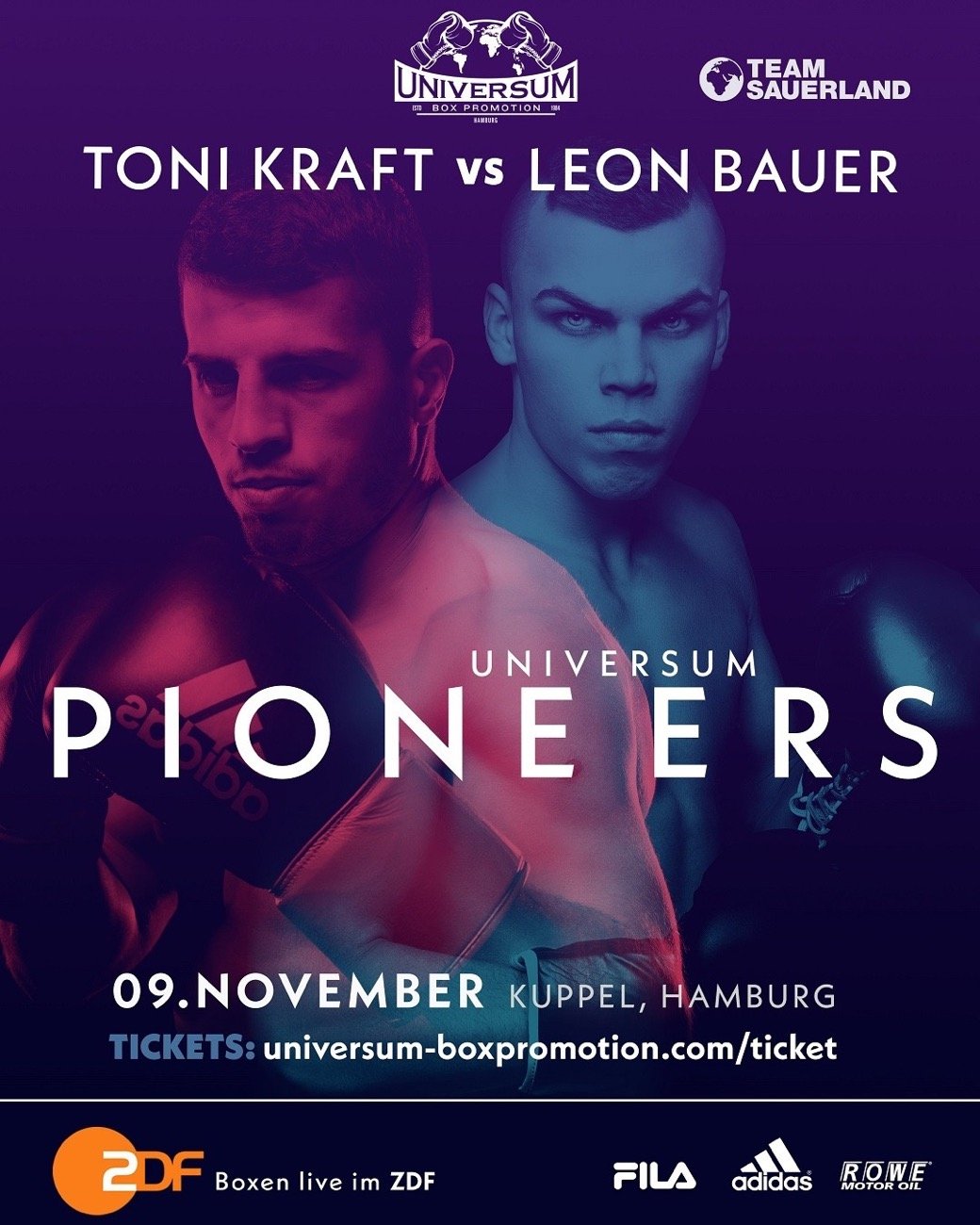 Rising Team Sauerland stars Leon Bauer (16-0-1, 9 KOs) and Patrick Wojcicki (13-0-1, 4 KOs) return to action on November 9 as both men look to further their World title ambitions with a victory at the Kuppel in Hamburg, Germany.

“I’m really looking forward to the fight and cannot wait to get back in the ring,” said Bauer. “I have many friends in Hamburg so it’s going to be a great atmosphere. We are both unbeaten so everyone can look forward to a spectacle.”

Kraft is equally excited and has implored Bauer not to find any excuses as he aims to prove he is the next German super middleweight king.

“I’m looking forward to November 9 as I want to show everyone who the upcoming champion is,” said Kraft. “These fights are what will make German boxing big again, so I hope Leon comes to fight and will not find any excuses.”

“I’m happy to get back in the ring,” said Wojcicki. “I am fighting an experienced operator who has faced World Champions before. It’s a good test but I want to go all the way to the top and Robert Swierzbinski will not be able to stop me!”

“I’ve already boxed three World Champions in my career,” said Swierzbinski. “I expect to have no problems with Patrick Wojcicki. I’m certain I’ll be the winner!”

Promoter Nisse Sauerland has praised both match ups, but is backing his fighters to get the wins and steal the show at the Universum event in Hamburg.

“Just one week after Leon Bunn faces Enrico Koelling for the IBF International title in Koblenz, German fight fans have another exciting grudge match to look forward to with Leon Bauer versus Toni Kraft,” says Sauerland.

“It will be a good fight but Leon is the technically superior boxer and he will do everything he can to take the decision out of the judges’ hands.

“The same applies to Patrick Wojcicki. Although he’s facing a very experienced opponent, he has big ambitions for the coming year. He’s already number 6 with the IBF and we will be aiming for the World title soon.

“Leon and Patrick are two of the future stars of German boxing and I expect them to steal the show on November 2 in Hamburg!”

All the action from Kuppel in Hamburg will be broadcast live on ZDF in Germany.