Fury slams Oleksandr Usyk, calls him “clumsy” and says he’ll beat him with one hand 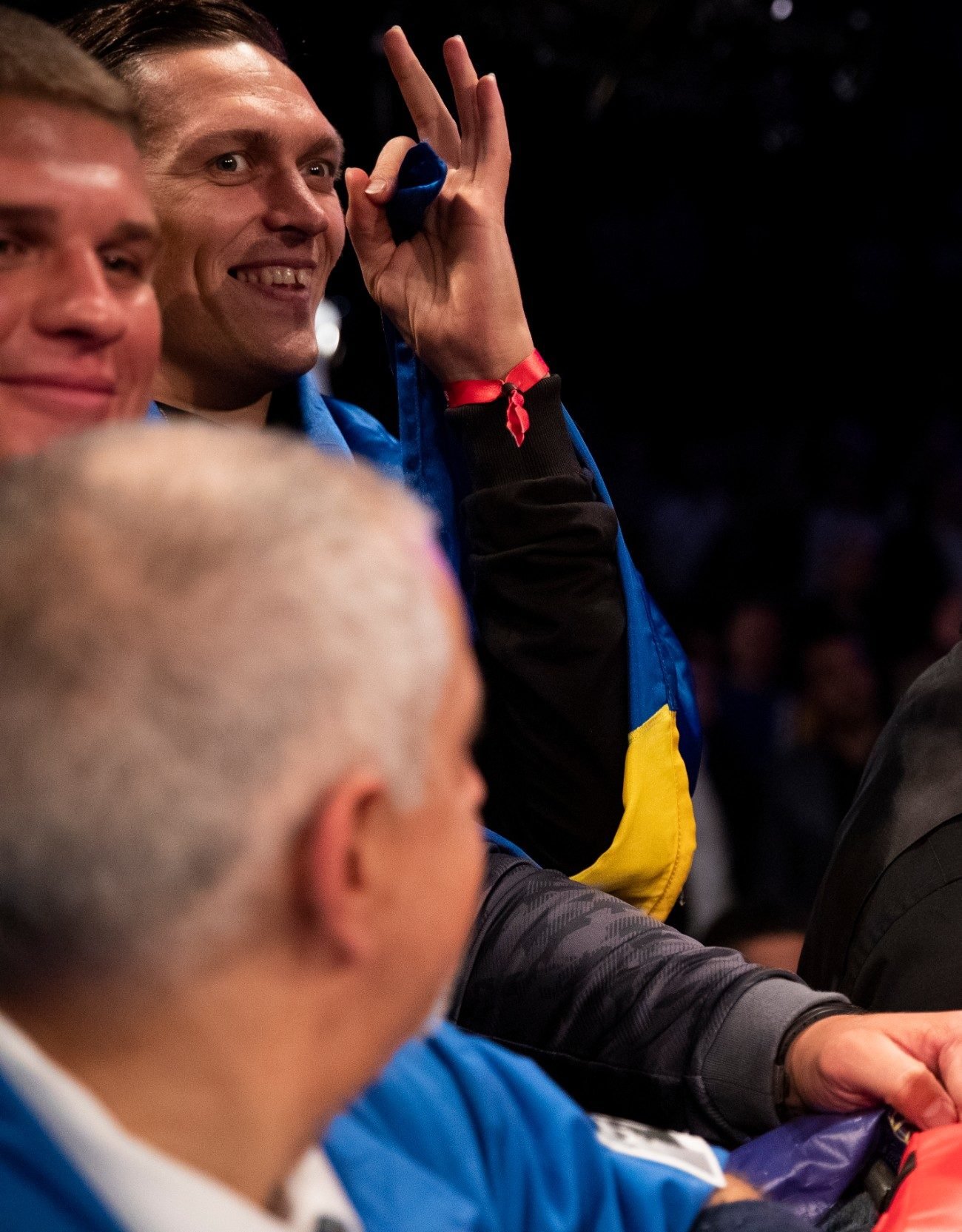 By Charles Brun: Tyson Fury says he’ll beat “clumsy” former unified cruiserweight champion Oleksandr Usyk (16-0, 12 KOs) with one hand tied behind his back. 2012 Olympic gold medalist Usyk is the new kid on the block in the heavyweight division. Some believe that the southpaw Usyk will soon be unified champion in that weight class. Judging by Fury’s negative comments about Usyk, he views him as someone that could take his spot. The two are aren’t on crash course to face each other yet, but Fury is already trashing him.

Fury says he sees the 32-year-old Usyk as his second biggest threat in the heavyweight division behind WBC champion Deontay Wilder. That’s the man that Fury is gunning for if he can get past Otto Wallin next Saturday on September 14 in Las Vegas, Nevada.

“I don’t think much about [Usyk]. He never enters the brain waves,” said Fury to cbssports.com. I could probably beat Usyk with one arm tied behind my back and I’ll let you pick which one you want me to fight with, left or right. Either way, it’d be goodnight.”

Usyk is rated at #1 with the WBO at heavyweight, and is in the enviable position as the mandatory for champion Andy Ruiz Jr. The winner of the December 7th rematch between Ruiz Jr. (33-1, 22 KOs) and former champ Anthony Joshua (22-1, 21 KOs) will need to deal with Usyk. The World Boxing Organization is expected to order the the Joshua-Ruiz winner to defend against Usyk, 32, next.

The only things that could get in the way of Usyk not getting his immediate shot is if the IBF orders the Joshua vs. Ruiz winner to defend against their mandatory Kubrat Pulev. There’s also the outside possibility of a unification match between WBC champ Deontay Wilder fighting the Ruiz-Joshua winner. However, that would likely result in a complicated mess.

“Probably Wilder, I have already fought him,” said Fury to ESPN.com when asked who the biggest threat is to him in the heavyweight division. “I already beat him once. So that’s the biggest challenge I have. I don’t see anyone else that is a big challenge, to be honest. Maybe Oleksandr Usyk. [He] is a clumsy, left-handed guy, a unified world champion , an undefeated world champion. So, maybe it could be the next most difficult challenge,” said Fury.

That’s a big compliment to Usyk for Fury, 31, to be rating him just behind Wilder as the second biggest. That means Usyk is rated above Anthony Joshua, Andy Ruiz Jr., Dillian Whyte and Kubrat Pulev. For a fighter that has never fought at heavyweight, Usyk seems to be held in high regard by Fury. They’re two of a kind with similar fighting styles. Both are slick fighters with little punching power. 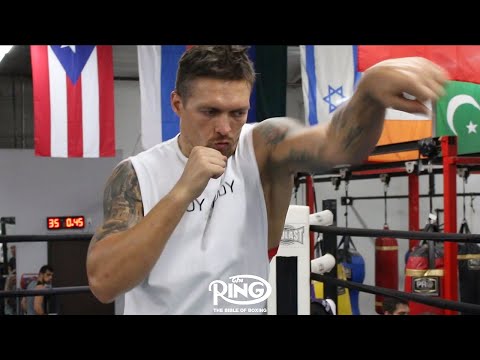 Usyk, 6’3″, is a smaller version of Fury, and he may not have the same kind of success as him. What worked for Usyk at cruiserweight may not work at heavyweight, considering the size, power and talent in the division. Cruiserweights are a limited bunch. There isn’t an Evander Holyfield level fighter in that weight class, and that’s why Usyk was able to dominate.

Oleksandr will be putting his undefeated record on the line next month in his heavyweight debut on October 12 against #5 WBO Tyrone Spong (14-0, 13 KOs) at the Wintrust Arena, in Chicago, Illinois. The fight will be steamed on DAZN.

Usyk will be getting his feet wet in the heavyweight division against the former kick-boxer Spong. This fight WON’T give Usyk a real glimpse of what it’s like to fight the good heavyweights, as Spong is completely inexperienced in boxing. He’s a guy that came over from the MMA world recently, and the WBO quickly gave him a high ranking based on wins over lesser opposition.

The WBO has Spong ranked above a lot of talented contenders, who come from a boxing background. It’s difficult to understand the WBO’s rationale for ranking Spong so highly, as he hasn’t fought any well known fighters during his 4-year pro career. Here are Spong’s last six opponents:

Here are the contenders in the WBO’s rankings that Spong is ranked ahead of:

Spong would likely lose to all of those contenders, and lose badly. It’s not surprising that the WBO has Spong ranked so highly. This is the same sanctioning body that had Tom Schwarz ranked #2 recently. He woefully bad in his 2nd round knockout loss to Tyson Fury last June. Spong and Schwarz are arguably on the same level in terms of talent.