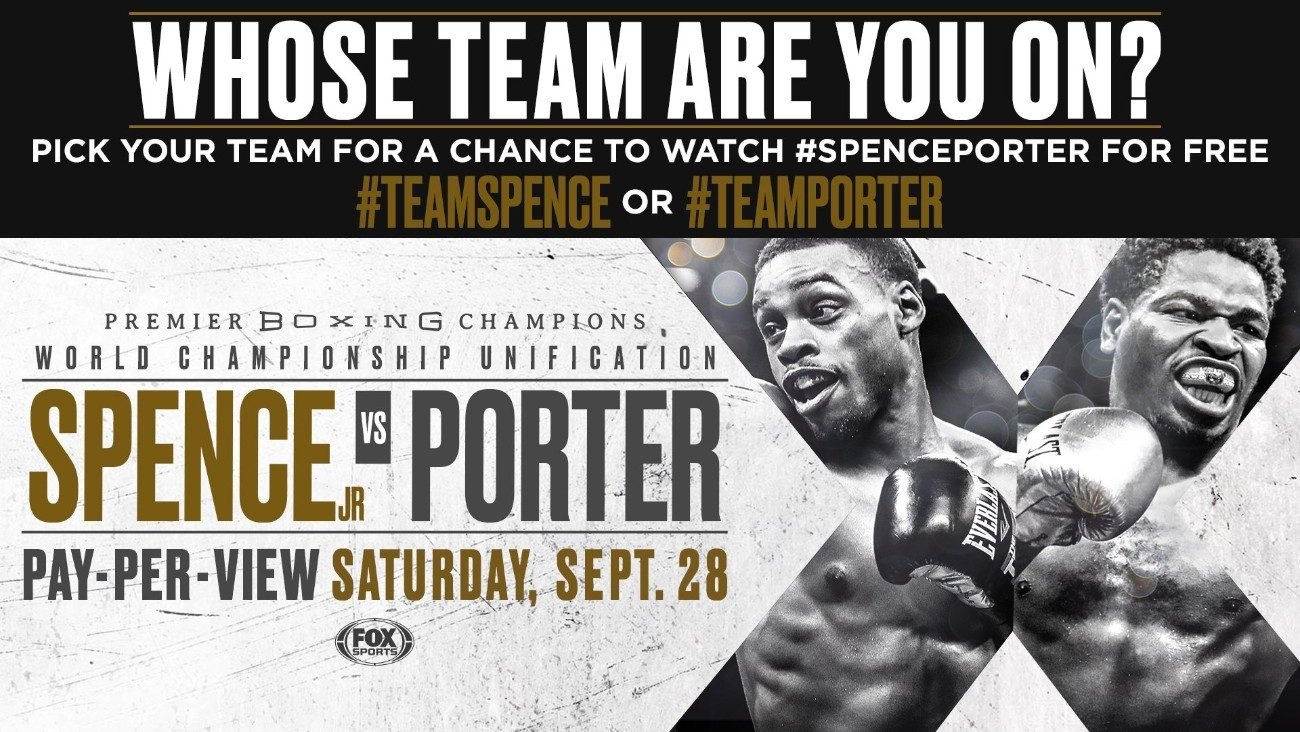 By Matt Lieberman: Errol Spence Jr. revealed on Tuesday that he plans on setting Shawn Porter up for a knockout in their fight on September 28. Errol doesn’t want to rush it, and start throwing wild shots when he gets in there with the ultra-aggressive WBC welterweight champion Porter (30-2-1, 17 KOs) at the Staples Center in Los Angeles, California.

Spence (25-0, 21 KOs) is going to be calculated about knocking  out the 31-year-old Porter out in their fight on Fox Sports PPV.

Porter will be more competitive than Mikey Garcia says Spence

Spence says he sees Porter as a more competitive on paper than his last fight against Mikey Garcia. He feels this fight will be more entertaining, because it’s a unification fight, and Porter is going to be more aggressive. Mikey fought defensive, as if he was trying to survive to see the final bell in the 12th.

Spence vows to get physical with Porter if he starts fouling

“I see him as a tough test because of his fighting style,” said Spence. “He’s a guy that is aggressive, throws a lot of punches, and he’s very energetic,” said Spence about Porter. “He’s a rough guy that does everything he can to win. From that aspect and the fact that he beat Danny Garcia, I see him as a tough test. I can be a physical person too. I’m not of small stature, so I feel like I can fight it off, and I may do the exact same thing.

Spence better be ready for Porter to be all over him in the 1st round, because he’s likely going to bum rush him like he did Paulie Malignaggi early on. Porter had Malignaggi cut up from head-butts in the first few rounds. In the 4th, Porter finished him. Spence will has no choice but to be aggressive right out of the blocks if he doesn’t want Porter to cut him, and have him bleeding like Tyson Fury was last Saturday in his fight with Otto Wallin. 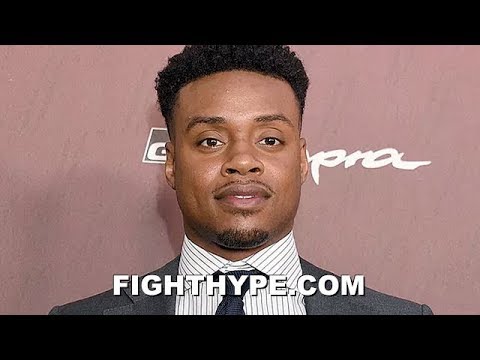 Spence: Mikey Garcia a much bigger name than Porter

“I knew there was a chance I wouldn’t get Manny Pacquiao,” said Spence. “Pacquiao is the bigger name, and the bigger fight. Of course, I wanted that fight, but Shawn Porter is a champion too, and he has a belt. I definitely want to unify too. So I always knew that if I couldn’t get Pacquiao, there was going to be a big chance I would fight Shawn Porter. I think Mikey Garcia is a way bigger name than Shawn Porter, but as a fan friendly fight and an entertaining fight, this fight with Shawn Porter is going to be way more entertaining than the Mikey Garcia fight.

Porter is a good fighter, but he’s achieved anywhere near what Mikey Garcia has accomplished in his boxing career. Porter is a one-division world champion, whereas Mikey is a four division champ. As such, it makes sense that Mikey brought more interest in his fight with Spence than what we’re currently seeing with Porter.

“I feel like the way he comes forward, the way he fights, and the way he’s sometimes reckless aggressive,” said Spence about Porter’s fighting style. “My overall mindset even before camp in looking for the knockout. I’m not going to go in there and try and force the knockout. I’m going to break him down. I’ve never been cut or had  swelled up eye or anything like that. I mean, I’m blessed. Nah, I never worry about it.

If Porter chooses to box Spence from the outside, he may need to force the issue. Spence won’t be able to knockout Porter in a calculated manner if he fights on the outside like he did against his last opponent Yordenis Ugas on March 9. Porter stayed on the outside for almost the entire 12 round fight, and played it safe. There’s no way that Spence knocks out Porter if he fights like that unless he jumps on him.

Claressa Shields vs. Ivana Habazin on October 5 on SHOWTIME »