Carl Frampton vs. Isaac Dogboe set for November 30 in California 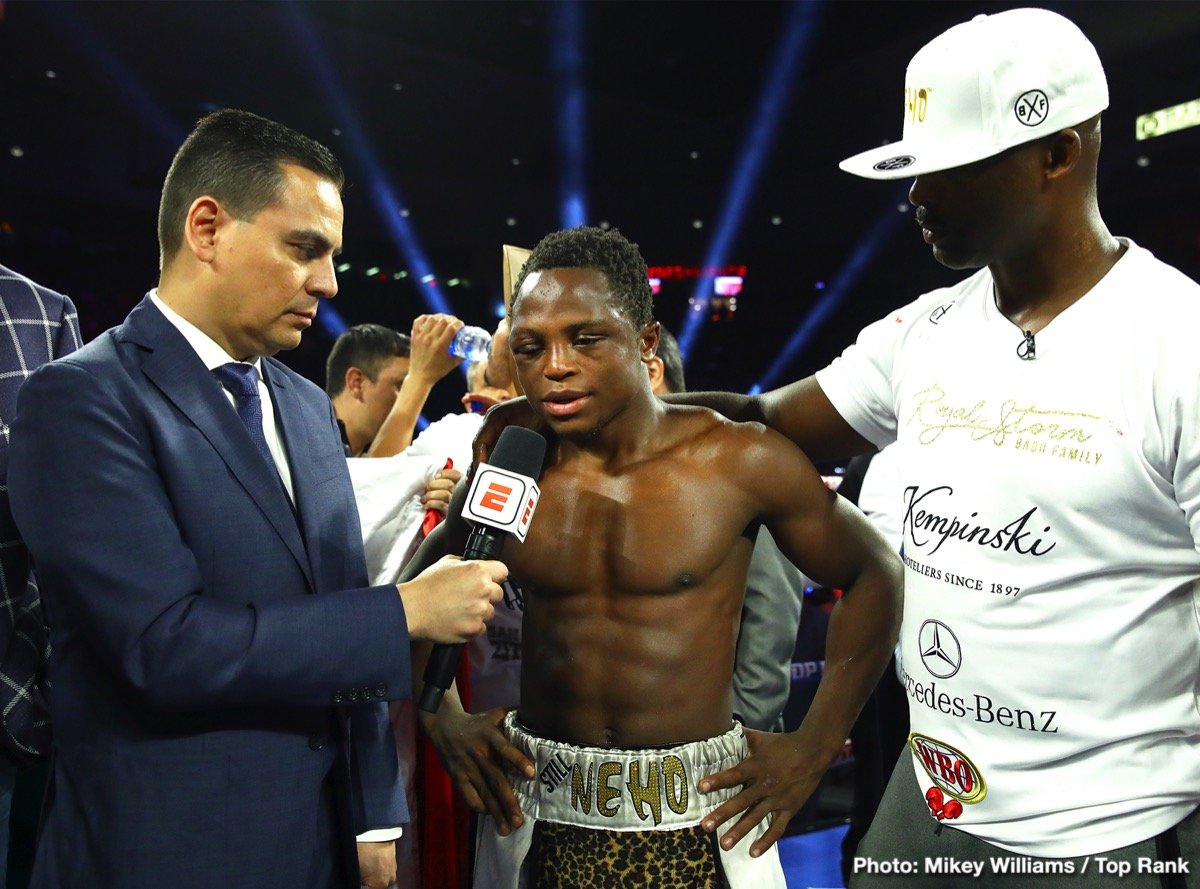 By Kenneth Friedman: Carl Frampton will be returning to action in two months from now against Isaac Dogboe on November 30 in California, according to BBC Sport. The former two division world champion Frampton (26-2, 15 KOs) has been on the shelf with a hand injury, which wiped out a fight against Emmanuel Dominguez.

The 24-year-old Dogboe (20-2, 14 KOs) lost his last two fights against Mexican knockout artist Emanuel Navarrete (28-1, 24 KOs). Dogboe’s latest loss to Navarrete, a 12th round TKO, took place on May 11 in Tucson, Arizona. It’s easy to second guess the 5’2″ Dogboe’s decision to face the much bigger and stronger 5’7″ Navarrete in a rematch after losing to him by a 12 round unanimous decision last December in New York.

Dogboe a tough test for Frampton

Frampton has the advantage punching power over Dogboe, but that won’t ensure victory. Dogboe has excellent stamina, and he’s a lot younger than Frampton at 24. Although Dogboe is coming off of a 2-fight losing streak to Emmanuel Navarrete, he’s arguably facing an easier foe in Frampton. It’s not that Frampton isn’t still a good fighter, but he’s not fighting at the level of Navarrete. It’s logical to assume that if Frampton had fought Navarrete twice in a row, he would have lost both fights too.

Dogboe lost his WBO super bantamweight title in that defeat to Navarrete. The Ghanian native should have moved on after that defeat, and went after a shorter, and weaker fighter.

Frampton, 32, is familiar with Dogboe having sparred with him in the past. He knows what’s in store for him in this fight, but it’s still going to be a tough one. Frampton lost his last fight to IBF featherweight champion Josh Warrington by a 12 round unanimous decision in December of last year. It was a clear win for Warrington in getting the decision by the scores: 116-113, 116-112 and 116-112.

In other news, featherweight Michael Conlan (12-0, 7 KOs) will be facing Vladimir Nikitin (3-0) on December 14 in New York. Top Rank had originally planned on having Frampton and Conlan, both Irish fighters, compete on the same December 14 card in New York, then they changed their minds. Conlan and Nikitan, 29, fought each other in the 2016 Olympics in Rio de Janeiro, Brazil.

Nikitin won by a 3-0 score. After the fight, Conlan was furious in feeling like he’d been robbed of a decisive victory. Conlan found out the hard way how subjective scoring is at the amateur level. Both Conlan and Nikitin turned pro recently, but neither has shown the kind of super talent that is needed for them to be successful at the upper levels of the featherweight division.

Conlan and Nikitin were supposed to fight each other last August, but the Russian fighter suffered a biceps injury that prevented the fight from taking place.