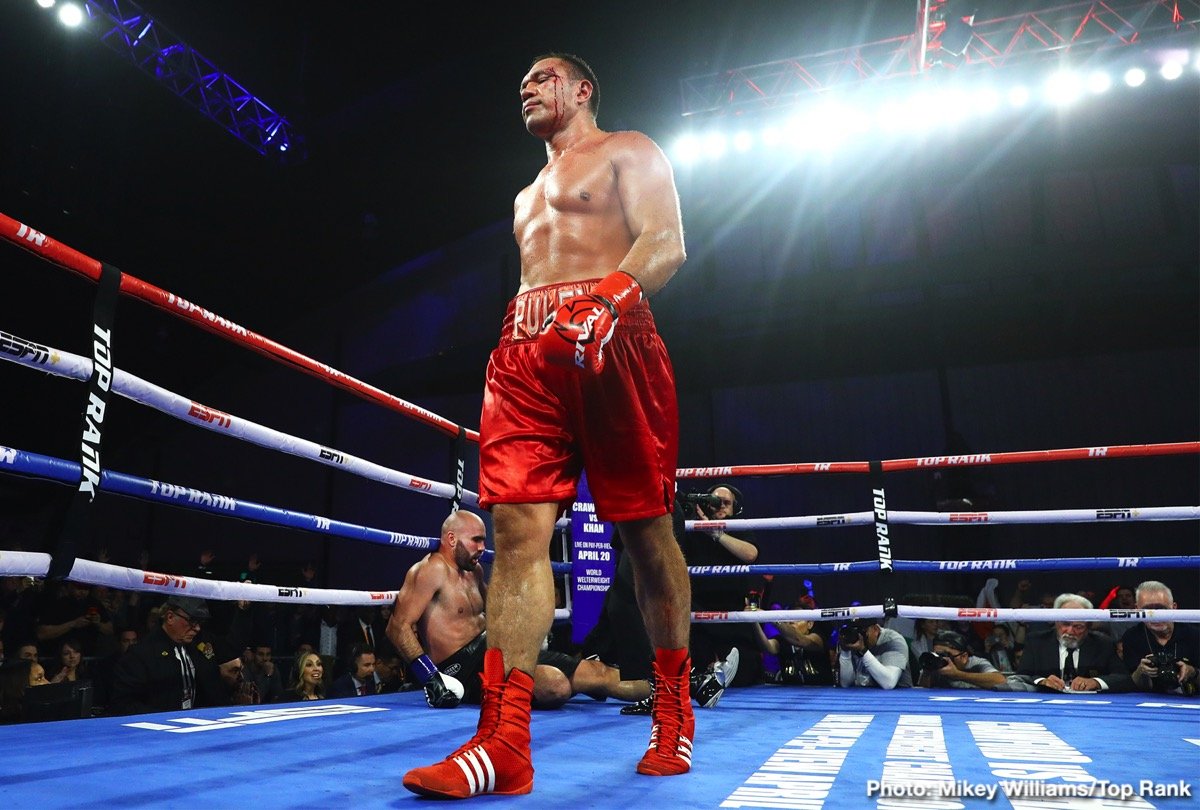 By Dean Berman: Deontay Wilder can forget about fighting the winner of the December 7th rematch between Anthony Joshua and Andy Ruiz Jr.  IBF mandatory Kubrat Pulev (27-1, 14 KOs) will be the one getting the fight, according to Top Rank promoter Bob Arum. Pulev earned the mandatory spot with the International Boxing Federation Hughie Fury by a lopsided 12 round unanimous decision in a title eliminator.

Unfortunately, there’s not a lot of boxing fans that want to see Pulev fighting the winner or the loser of the rematch between AJ and Andy Ruiz. Fans want to see the winner face either WBC champion Wilder (41-0-1, 40 KOs) or Tyson Fury. Pulev, 6’4 1/2″, is a good fighter, but he’s not a huge puncher, and he likely won’t last long against Joshua or Ruiz. The title shot alone is worth a lot of money for Pulev.

Wider still has a shot at getting Joshua-Ruiz winner

Since the sanctioning bodies tend to give unification fights more weight than they do mandatory defenses, WBC belt holder Wilder could cut in front of Pulev to get the shot against the winner of the Joshua vs. Ruiz rematch. It’s hard to imagine that the IBF would stand in the way of allowing a fight for the undisputed heavyweight championship taking place. There’s a lot more interest from boxing fans in seeing a fight for the undisputed championship than seeing the Joshua-Ruiz winner make a simple title defense against 38-year-old Pulev.

“I know there’s a contract for Fury and Wilder to fight in February, and then there’s a rematch clause for whoever wins the fight,” said Arum to Behind the Gloves. “So those two fights are done, sealed. And also, talk about Ruiz fighting anybody else after he beats Joshua, because I believe he will [beat him again], because he’s obligated to fight Kubrat Pulev,” said Arum in pointing out that IBF mandatory Pulev is who the Joshua-Ruiz 2 winner must fight.

“All comments fighters make off the cuff, you have to take with a grain of salt; like the kid [Dereck Chisora] fighting on the Prograis-Taylor card complaining that he’s not in the main event. He should be happy that he’s on a card with two great fighters like those two super lightweight,” said Arum.

Arum seems to be pretty certain that the 38-year-old former heavyweight world title challenger Pulev will be fighting the Joshua-Ruiz Jr. 2 winner. We’ll have to see if Arum is correct about Pulev being the one that gets the shot.

The loser of the Wilder-Fury 2 rematch might not be too excited at fighting a third bout between them. Wilder didn’t look happy chasing Fury around the ring for 12 rounds. Fury won’t want a third fight with Wilder if he’s knocked out cold, again.