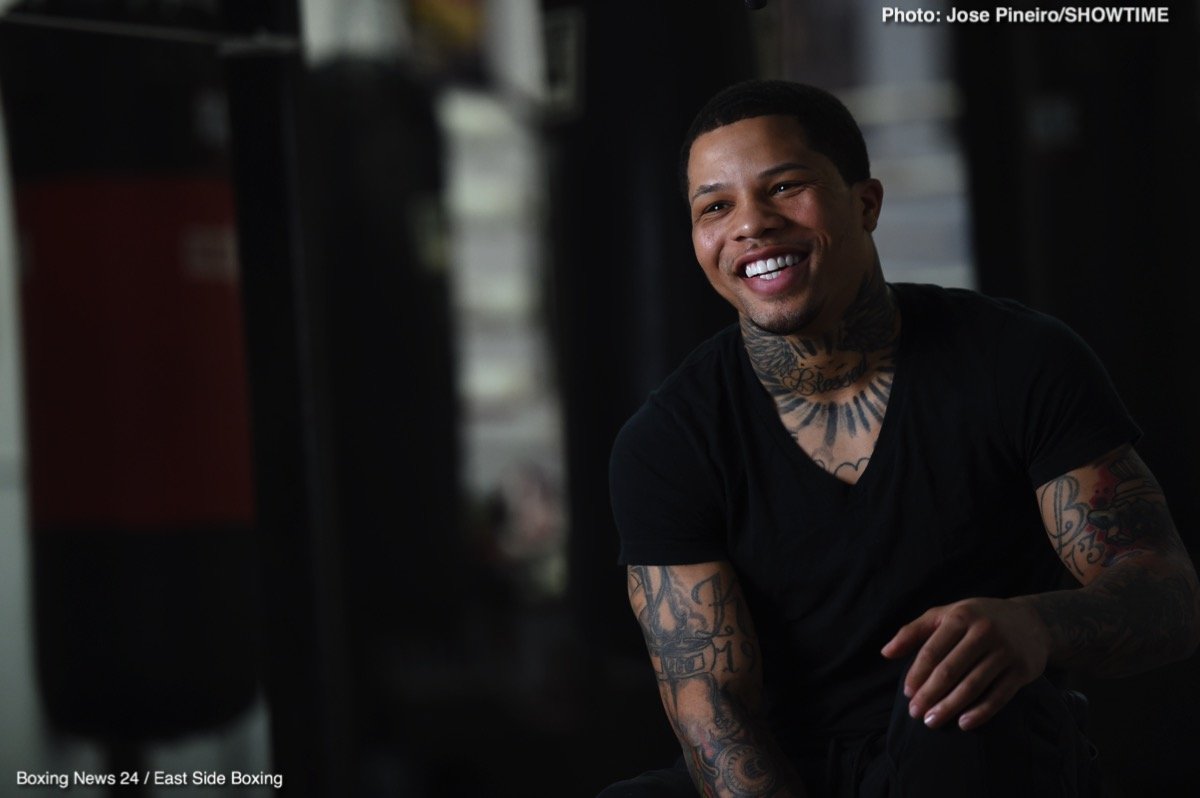 By Robert Adams: Bob Arum of Top Rank believes that Floyd Mayweather Jr. doesn’t possess the confidence in his fighter Gervonta ‘Tank’ Davis for him to match him against Vasiliy Lomachenko. The boxing public wants to see Lomachenko (14-1, 10 KOs) and the unbeaten Davis (22-0, 21 KOs) fight it out, but Mayweather Promotions hasn’t made a move to negotiate it.

After Lomachenko’s performance last Saturday against Luke Campbell, fans believe Tank Davis would beat him. Lomachenko appeared to lose 4 rounds against Campbell, and that’s a guy that Davis would likely easily destroy in 2 or 3 rounds.

Arum’s theory about why Mayweather isn’t making Lomachenko-Davis fight could be off the mark. The Lomachenko-Davis fight isn’t big enough yet, as Gervonta is still a relative newcomer in the sport, and his star power isn’t at the level it needs to sell a mega-fight with Lomachenko.  Davis has only been a pro since 2013, and he hasn’t had the time to build a huge fan base all across the U.S. Although Davis has accomplished a lot in just six years in the professional ranks, he’s still not gotten to the point where he’s ready for pay-per-view.

Arum: Mayweather has doubts about Gervonta’s readiness for Lomachenko

“If Floyd [Mayweather] felt that Davis had a chance to beat Lomachenko, Floyd would make the fight,” said Arum to secondsout. “I mean, we have very good relationships with Floyd, and [Mayweather Promotions CEO] Leonard Ellerbe. He probably doesn’t feel that Davis would be competitive now, and Davis is a young fighter,” said Arum.

It works in Davis’s favor for Mayweather to delay the fight with Lomachenko for as long as he can. Lomachenko is 31, and he’s already beginning to show signs of slippage with his physical skills. There’s some deterioration there that was evident in Lomachenko’s fight against Campbell (20-3, 16 KOs) last Saturday. Losing 4 rounds against a fighter like Campbell looks bad.

Arum isn’t going to be ready to make the Lomachenko-Davis fight until Loma faces the winner of the Richard Commey vs. Teofimo Lopez fight next March. That’s what Arum is calling the “big fight” for Lomachenko, but it’s more of a goal-oriented fight for the Ukrainian. Fighting Commey or Teofimo won’t be a big fight as far as the boxing public goes. Those guys aren’t super popular. Davis is moving up to lightweight now after having vacated his WBA super featherweight title. Arum says Lomachenko is vacating his lightweight titles as soon as he unifies the lightweight division, but he might want to reconsider. If Lomachenko moves down in weight to 130, he’ll miss out on fighting Gervonta.

Lomachenko’s amateur record is irrelevant now that he’s in the pros, because those wins won’t help him now. Many of the victories Lomachenko accumulated in the amateur ranks were against guys that would never cut it in the pros. So it’s nice that Lomachenko won a lot of fights in the amateurs, but they weren’t against world class guys. Obviously the vast majority of Lomachenko’s wins in the amateurs were against fighters that lacked the talent to fight in the upper levels of the pro ranks. Amateur boxing is a completely different sport from the pros. It’s like comparing Badminton to tennis. The sports are entirely different.