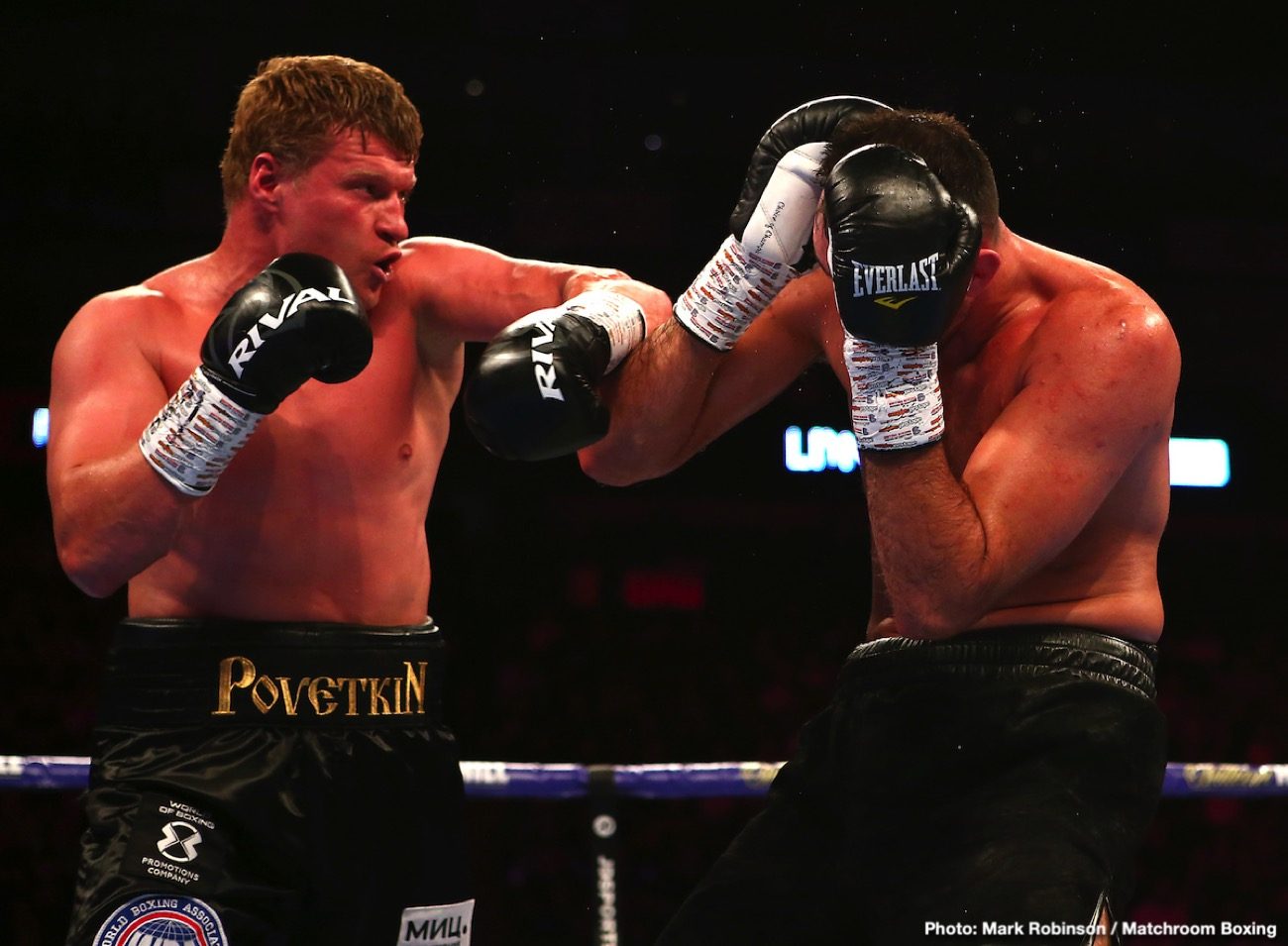 Following his dominant 12-round decision this past Saturday over heavyweight contender Hughie Fury, Alexander Povetkin has set his sights on another family member,

“I’m very happy with my performance, we worked very hard in training camp and I was able to control the fight with my aggression,” said Povetkin who improved to 35-2, 24 KOs with the victory and earned the vacant WBA International Heavyweight Title. Scores were 117-111 on all three judges’ scorecards.

The fight took place at the sold-out 02 Arena in London and served as the chief support to the Lightweight World Championship between Vasiliy Lomachenko and Luke Campbell and was telecast on ESPN+ in the United States and Sky Sports Box Office in England.

Following the victory, Povetkin quickly turned his attention to future bouts including a clash with Hughie’s cousin Tyson Fury. “He’s talked a great deal about me turning down offers to fight him this year which were never sent. He speaks of wanting to fight in England before the end of the year, this is a perfect plan for me. I’d be happy to return to fight in front of these great boxing fans and prove to them and the rest of the world that I can beat Tyson Fury.”

The victory for Povetkin on Saturday marked his return to the ring almost a year after his challenge to then Unified Heavyweight World Champion Anthony Joshua on September 22, 2018 which also took place in London, England.

Stated Andrei Ryabinskiy of World of Boxing Promotions, “Alexander still has the will and desire to fight and we want to give him another opportunity to fight one of the top fighters in the division.”

Said Vadim Kornilov, “Activity and staying busy is a key for Alexander. We were very impressed with the way he fought against Hughie Fury and would love to fight Tyson Fury in England later this year. Tyson does a lot of talking and has mentioned Alexander numerous times, let’s see if he’s serious.”