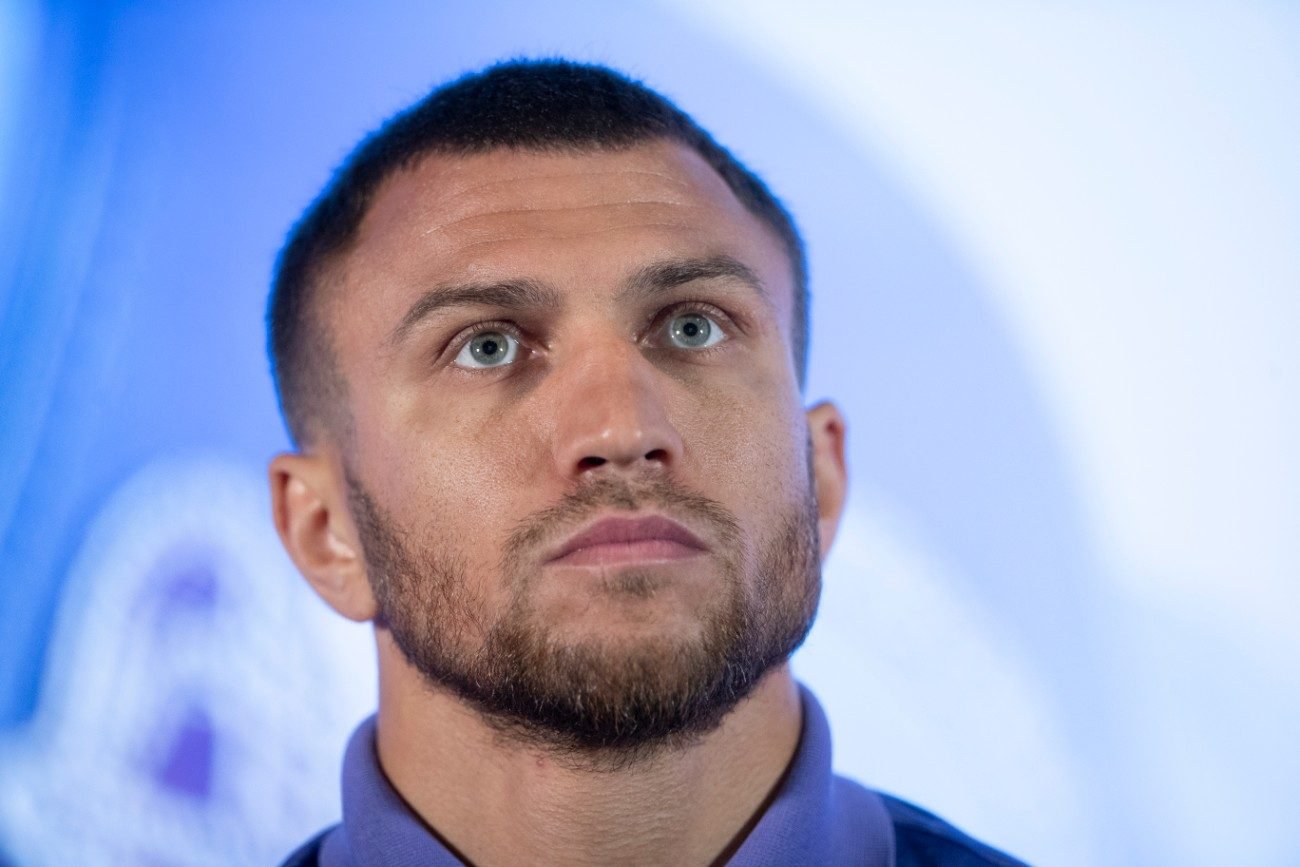 By Robert Adams: Vasiliy Lomachenko plans on moving down to 130 to setup a fight against Gervonta Davis as soon as he finishes unifying the 135-pound weight class. WBA/WBO lightweight champion Lomachenko (13-1, 10 KOs) is fighting for the vacant WBC belt this Saturday night against Luke Campbell (20-2, 16 KOs) at the O2 Arena in London, England. The Lomachenko-Campbell fight will be shown in the U.S on ESPN+.

The boxing world want to see Lomachenko fight the unbeaten Tank Davis (22-0, 21 KOs) right now rather than waste time collecting the titles at lightweight. This is a personal goal for Lomachenko to unify the 135-lb division, because the boxing public isn’t calling for him to do that.

After 135, I go down to 130, and I think we can organize this fight,” said Lomachenko about a fight against Gervonta Davis. “Not next, but very close.”

Lomachenko might be moving down in weight to super featherweight for nothing, because Gervonta is expected to move up to lightweight. Lomachenko would be moving down to 130 for nothing, and wind up wasting more of his career making the wrong moves. Gervonta can’t stay at 130 for too much longer, because he gets heavy in between fights, and he’s still filling out.

During the same interview today, Lomachenko said he’ll be moving up to 140 in the future. But with Lomachenko talking about moving back down to 130, it’s not likely that he’ll ever make the move to 140. Unlike some fighters, Lomachenko isn’t the type that takes huge jumps in weight in search of bigger fights. If Lomachenko were willing to move up to 140 or 147 like Manny Pacquiao, he’d be a lot more popular.

“Of course, I was surprised. It was very pleasant for me. They respect me. They love me like a boxer,” said Lomachenko about the British fans. “Of course, I feel a little pressure, but not big pressure. Not now. Right now, I focus on my future fight, and after I have one more title [to win at lightweight]. Later maybe,” said Lomachenko when asked when/if he’ll move up to 140. “They understand, and they love boxing [the British fans]. Maybe if the UK has another boxer from our weight classes, why not? He’s a smart and very technical fighter [Campbell]. It’ll be very interesting,” said Lomachenko.

Lomachenko has a message for his British fans…. 😂😴 pic.twitter.com/EaMmb9DiFY

If Loma wins that fight, he’ll have 3 of the 4 belts at 135. Lomachenko will then face the winner of the Richard Commey vs. Teofimo Lopez match in early 2020 in the unified championship.