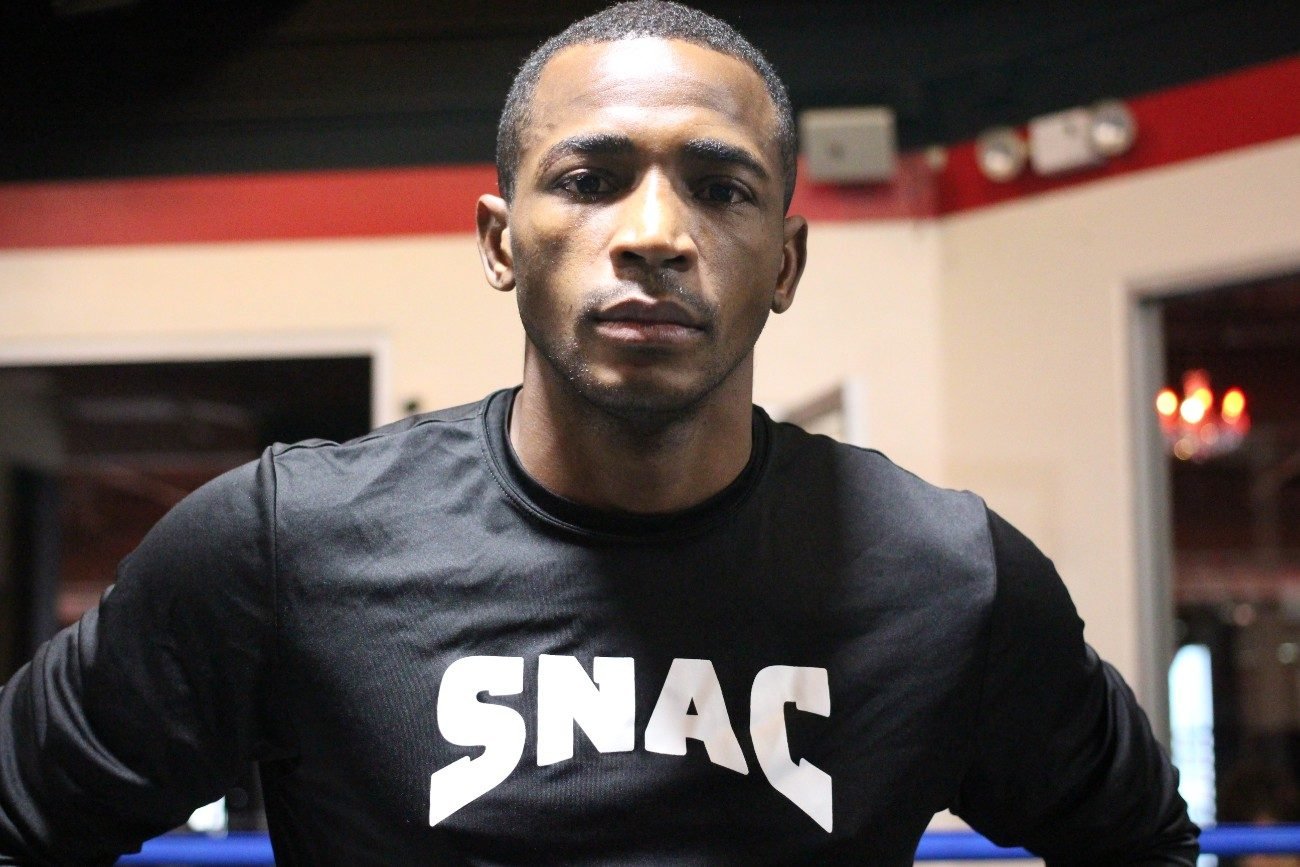 Former world champion Erislandy “The American Dream” Lara will continue his quest to reclaim his spot at the top of the 154-pound division when he takes on Ramon Alvarez for the WBA Super Welterweight title this Saturday night in the main event of FOX PBC Fight Night and on FOX Deportes from The Armory in Minneapolis.

Tickets for the live event, which is promoted by TGB Promotions and Warriors Boxing, can be purchased at the Armory at http://ArmoryMN.com/ and through Ticketmaster.

Televised coverage begins Saturday at 8 p.m. ET/5 p.m. PT and will see Lara in a grudge match against Alvarez, who is the brother of middleweight champion Canelo Alvarez, giving Lara a chance for a measure of revenge against the brother of an opponent he dropped a controversial decision to in 2014.

In addition, Lara has enlisted the help of his first professional trainer, Ismael Salas, as he now lives and trains in Las Vegas. Here is what Lara had to say about this upcoming matchup, training camp and more:

Erislandy “The American Dream” Lara is hunting for another CHAMPIONSHIP BELT as he faces Ramon Alvarez for the WBA Super Welterweight title! pic.twitter.com/Xfr9k0HHG4

Lara on this training camp:

“Everything is going great out here in Las Vegas as I wrap up camp for my title fight. The sparring partners really pushed me to my limits, and I know mentally that I’m fully prepared for this fight. Everything…my timing, my stamina, my mental fortitude, it’s all on point right now.”

On his fight against Ramon Alvarez:

“This will be a good fight for the fans because I know Ramon Alvarez is coming with everything he’s got. I know he’ll be looking to end all controversy about me getting robbed when I fought his brother Canelo. Everyone knows I won that fight, so I’m going to take it out on Ramon. He’s had plenty of time to prepare for this bout, as I did, so we will both be performing at our very best. Stylistically, I feel I have the advantages. I’m going into this fight with the mindset to dominate and score a knockout.”

On training with Ismael Salas:

“Training with Salas has brought back some good memories as he was my coach when I first turned professional. We are working on a lot of fundamentals with a few twists. Salas and I have sharpened up all my tools and I’m taking this fight very seriously. We have a great game plan in place.”

On fighting for the vacant WBA Super Welterweight title:

“I going to reclaim my status as the best fighter in the super welterweight division. Winning the WBA world title on Saturday will be the biggest step yet in getting back there. After I win this belt, I’m going to defend it against all the top contenders and champions they put in front of me.”

On fighting in the main event on FOX and FOX Deportes:

“FOX is a huge outlet for boxing and I love fighting on their network. Knowing that there will be millions of viewers tuning in is a tremendous blessing to everyone who fights on FOX. I’m excited to showcase my skills on a tremendous platform that’s bringing boxing to so many fans all over the country..”

ABOUT LARA VS. ALVAREZ
Lara vs. Alvarez will see former world champion Erislandy “The American Dream” Lara take on Ramon Alvarez for the WBA Super Welterweight title in the main event of FOX PBC Fight Night and on FOX Deportes Saturday, August 31 from The Armory in Minneapolis.

The broadcast begins at 8 p.m. ET/5 p.m. PT and also features a pair of sensational young super welterweights colliding as Sebastian “The Towering Inferno” Fundora takes on Jamontay “The Quiet Assassin” Clark in a 10-round attraction, plus fast-rising Cuban heavyweight Frank Sanchez will face Puerto Rican Olympian Victor Bisbal in a 10-round heavyweight showdown