Conlan vs. Ruiz – How & Where To Watch, Live Stream Info 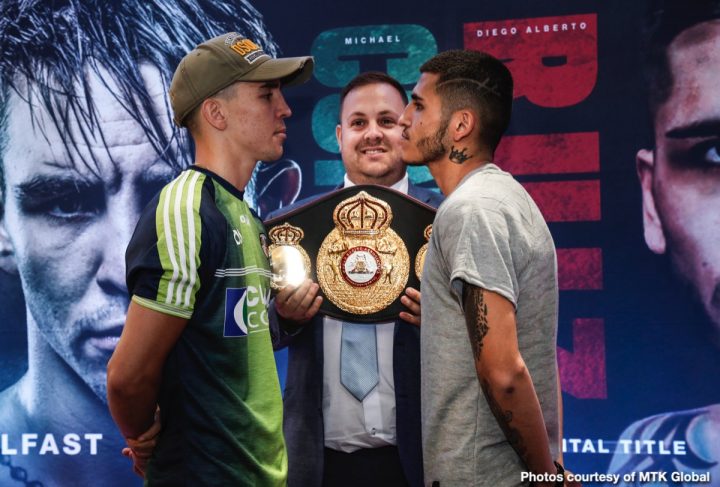 Michael Conlan-Diego Alberto Ruiz to stream LIVE on ESPN+ beginning at 5 pm ET/2 pm PT – In the UK, the action begins on BT Sport 1 HD and BT Sport 4K UHD from 8pm on Saturday 3 August as the Irish star continues his rise up the professional ranks against Argentinian contender Diego Alberto Ruiz in Belfast. A Conlan v Ruiz live stream will be available on BTSport.com from 8pm, as well as on the BT Sport apps.

Michael Conlan will be using the incredible atmosphere generated inside the stunning Falls Park to his full advantage when he faces Diego Alberto Ruiz on tomorrow’s massive #MTKFightNight at Feile an Phobail.

There will be close to 10,000 passionate fans at the venue for Saturday’s huge event, and Conlan is ready to feed off that energy and produce a performance to remember.

Conlan told mtkglobal.com: “The energy from the fans is definitely something I’m going to use. As soon as I’m in the ring it will be straight back to business, but on the way to the ring I’ll be feeding off it all.

“I knew it was going to sell out, so I’m very proud and grateful to all the fans who bought tickets. It’s a fantastic night of boxing and something I’m looking forward to.

“We’ve had a great turnout all week and it’s an honour to have these people supporting me. Ruiz is not coming to lie down but I won’t either. The better the opponent the better I’m going to perform, and that’s what I’m excited about.”

The final press conference for Michael Conlan’s homecoming bout — Saturday evening at Falls Park against Diego Alberto Ruiz — was a relatively subdued affair compared to what will be a raucous, sold-out atmosphere when he steps into the ring.

Two days before the big event, part of the annual Féile an Phobail summer festival, this is what everybody had to say.

Michael Conlan: “I’ve had a target on my back since the amateur days. Even when I came into the professional ranks there were expectations on my shoulders. I know how to deal with the pressure.

“This is obviously different and something bigger than I could have ever imagined, but I just plan on going in there and enjoying it. When I get into the ring it’s all business.

“Over the last six or seven months everything has clicked. I’ve been in training for this fight since April, and I’ve learned so much. I believe this is a coming out party for me and it’s the best Michael Conlan you’ll see.”

Trainer Adam Booth: “I want to see the progression and want to see what Michael does in the gym when he’s out in the spotlight. It’s all about the evolution of him as a fighter, and this is an event to match it.

“This event is extremely popular, and he’s fighting a guy who is better than anyone he’s boxed so far in his career. This is a special event, and my job is to ensure he does his job and that he performs how he’s supposed to perform.”

Diego Alberto Ruiz: “I know Michael Conlan very well and he’s a very quick and fast boxer. He’s had a fantastic amateur career but we’ve come here to win this fight and that’s what we’ll do.”

“People that don’t know me or Jenkins, tune in and you’ll be a big fan of both of us once this fight is done, that is guaranteed.”

Chris Jenkins: “I’m in a great place since I’ve stepped up to this weight class. I’ve worked too hard to get into this position and I won’t be giving this belt away.”

Luke Keeler: “This fight with Arias is the next step that I need. I had a few wins over Conrad Cummings and this is the right timing and the right step before world titles.

“He’ll be the best guy I’ve been in against but he’s going to come up short on Saturday. He’s underestimating me and that will show on Saturday.”

Luis Arias: “I’ve done my homework on Keeler and I don’t think he’s ready. I like to back my things up with facts. I fought a world champion at 27, when he was 27 he was fighting bums. The experience will be a big factor.”

Padraig McCrory: “I’m really looking forward to this fight with Steve Collins Jr. I think the name ‘Steve Collins Jr’ is better than what Collins Jr actually is, so this will be a good name on my record.”

Steve Collins: “I feel good and feel strong at this weight. I’m well hydrated and I couldn’t believe how easy I’ve made 168 lbs.

“I carry the strength and the power over from cruiserweight to super-middleweight and he’ll realise he’s made a mistake taking this fight.”

Sean McComb: “I’m expecting a good fight against Renald Garrido. It’s a good step up at the right time and I think it’s good matchmaking at this stage of my career.

“I’m 7-0 and haven’t even been professional a year, so I’m moving fast and enjoying the journey. Garrido will be a come forward fight and is tough, but I believe I’m better in every area.”

Paddy Barnes: “The plan is to move down to light-flyweight and I think I’ll be as successful at this weight as I was as an amateur. My record says 5-2, but I’ve boxed a world champion and fought people with good records.

“I could be sat here 12-0 fighting bums but I don’t want that. We move on and we’ll push to light flyweight and try to be as successful as I can.”

MTK Global Professional Development Coordinator Jamie Conlan: “Boxing is a major part of Belfast, especially West Belfast. It was always a safe haven for us as kids. Boxing is a saviour for a lot of kids growing up, and the Feile is the same.

“It’s given the people of West Belfast something to look forward to in the summer, so to combine the two together is fantastic.”

Promoter Lee Eaton: “The venue is absolutely unbelievable. It’s an incredible occasion, and it’s a stacked show. I’m absolutely buzzing to be a part of it and it’s an amazing night. It’s sold out now and we’re really looking forward to it.” 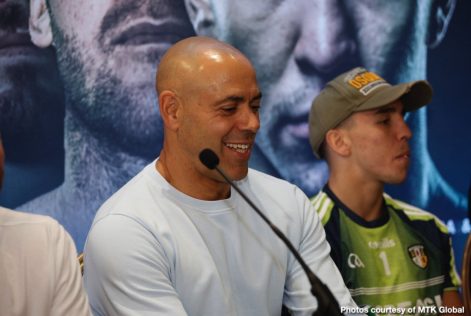 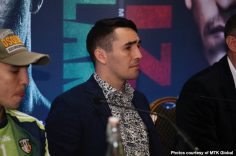 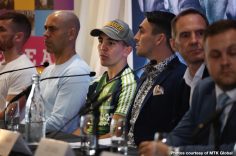 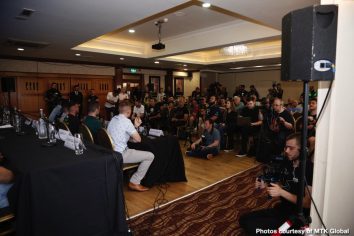 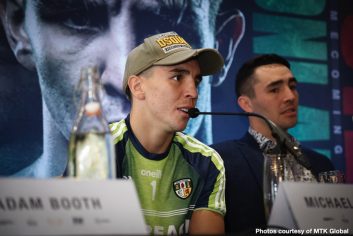 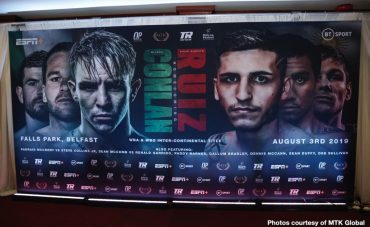 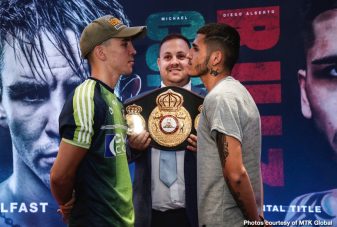 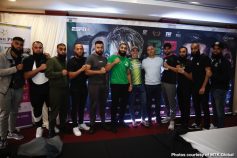 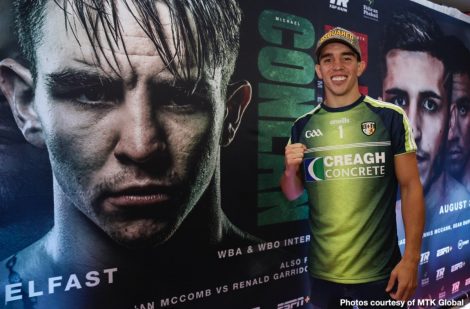 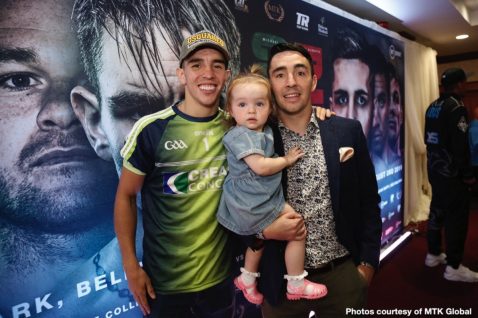 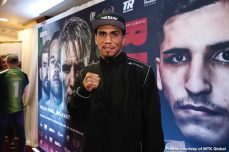 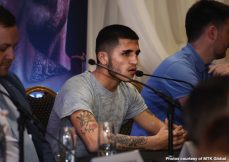 Boxing » Press News » Conlan vs. Ruiz – How & Where To Watch, Live Stream Info