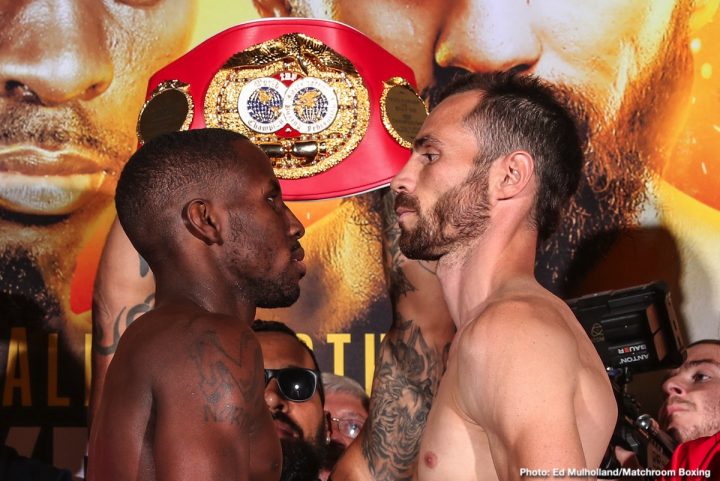 IBF Super Featherweight World Champion Tevin “The American Idol” Farmer (29-4-1, 6 KOs), of Philadelphia, PA, will make the fourth defense of his world title against mandatory challenger Guillaume “L’Expert” Frenois (46-1-1, 12 KOs), of Saint-Quentin, France, in a scheduled 12-round bout, which will be telecast live on DAZN beginning at 9:00 p.m. ET/6:00 p.m. PT from the College Park Center in Arlington, TX.

At the weigh-in on today, Farmer tipped the scales at 129.8 pounds, while Frenois weighed in at 129.5 pounds.

Farmer looking for another impressive performance

The 28-year-old Farmer, undefeated since October 2012, a span of 23 bouts, is the most active world champion in boxing with his fifth fight in less than 12 months coming tomorrow night. He traveled to Australia on August 3, 2018, defeating Billy Dib for the vacant IBF title he now holds.

Most recently, Farmer defended his world title against Jono Carroll in his hometown on July 27, winning a unanimous decision at the Liacouras Center.

Also on the card in Arlington, TX, and fighting under the DiBella Entertainment banner, Dominican Yenifel “The Lightning” Vicente (35-3-2, 27 KOs), of Miami, FL, clashes with Tramaine “The Mighty Midget” Williams (18-0, 6 KOs), of New Haven, CT, for the vacant WBO NABO and USBA Super Bantamweight Titles over 10 rounds.

Vicente is riding a 10-bout winning streak, all by knockout. In his last fight, Vicente knocked out Albert Gonzalez in the third round on April 27, in Galapa, Colombia.

At today’s weigh-in, both fighters were announced at a ready 121.8 pounds.

“Tevin Farmer is the most active champion in boxing, making the fourth defense of his world title since capturing the belt less than a year ago. From Australia to Boston, New York, Philadelphia and now Dallas, Farmer is willing to travel anywhere and face any challenge to defend his hard-earned world championship and I expect another dominant performance against Frenois,” said Lou DiBella, President of DiBella Entertainment. “The world ranked Yenifel Vicente is one of the hardest hitting and most exciting fighters out there and tomorrow night will be an important step toward earning a world title shot.” 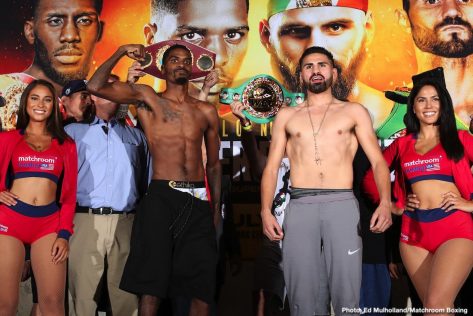 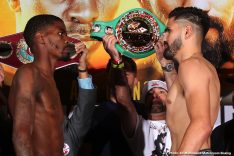 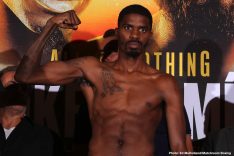 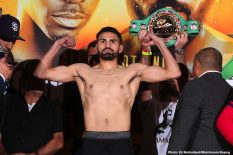 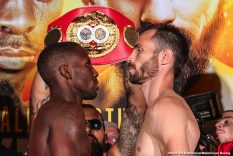 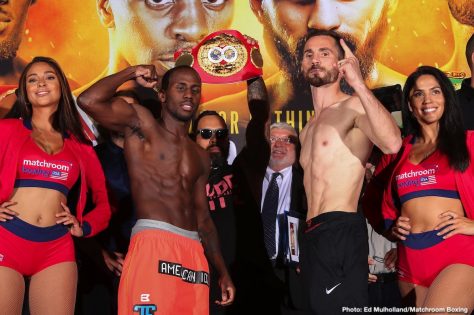 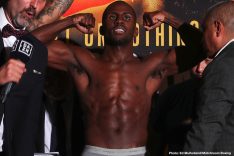 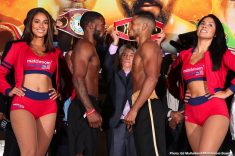 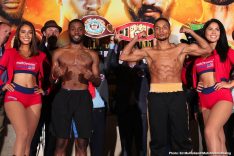 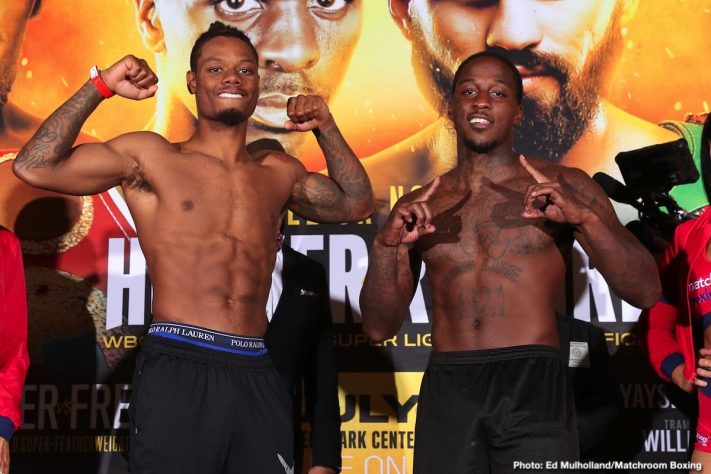