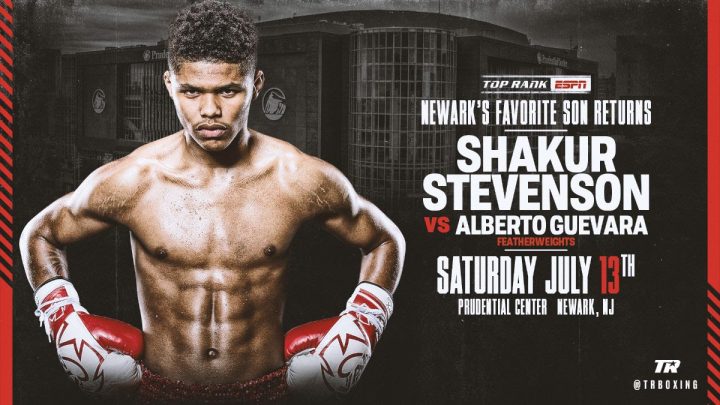 Stevenson-Guevara and the 12-round IBF bantamweight eliminator for the No. 2 ranking featuring Joshua Greer Jr. and Nikolai Potapov will be televised live on ESPN and ESPN Deportes beginning at 10:30 p.m. ET/7:30 p.m. PT.

“I give Alberto Guevara credit for taking this fight when so many fighters won’t step into the ring with me,” Stevenson said. “He’s been in there with some great fighters, even world champions, but nothing can prepare him for me. No matter the opponent, I am going to put on a special performance for my hometown and everyone watching on ESPN on July 13.”

“When I was offered this fight, I did not hesitate. I want to fight the best, and Shakur Stevenson is a very good young fighter,” Guevara said. “The hometown crowd will not phase me. I’m coming to shock the boxing world.”

Stevenson (11-0, 6 KOs), the WBO No. 1 contender, returned from the 2016 Rio Olympics as one of the sport’s most highly touted prospects. He graduated from prospect to contender status in 2018, knocking out longtime contender Viorel Simion in one round as the ESPN-televised co-feature to the Terence Crawford-Jose Benavidez Jr. fight in Omaha, Nebraska. Stevenson shined on the Crawford-Amir Khan pay-per-view undercard April 20 at Madison Square Garden, dominating former world title challenger Christopher Diaz over 10 rounds.

Guevara (27-4, 12, KOs), from Mazatlan, Sinaloa, Mexico, turned pro in November 2009 and has twice challenged for a bantamweight world title, dropping a competitive decision to Leo Santa Cruz in December 2012 and getting knocked out in nine rounds by Japanese standout Shinsuke Yamanaka in November 2013. He is 9-2 with six knockouts since the Yamanaka defeat, with those losses coming against a former world champion (Hugo Ruiz) and a fighter who would go on to capture a world title (Emmanuel Rodriguez).

Shakur Stevenson and Joshua Greer Jr. Give Back to Local Children in Newark

Featherweight contender Shakur Stevenson, born and raised in Newark and preparing for his professional homecoming, returned to where it all began. Stevenson, along with bantamweight contender Joshua Greer Jr. visited more than 100 local children at Boylan Street Recreation Center on Wednesday afternoon.

Stevenson and Greer showed the children boxing fundamentals, signed autographs and talked about their respective journeys to pugilistic prominence.

Stevenson-Guevara and Greer-Potapov will be televised live on ESPN and ESPN Deportes beginning at 10:30 p.m. ET/7:30 p.m. PT. 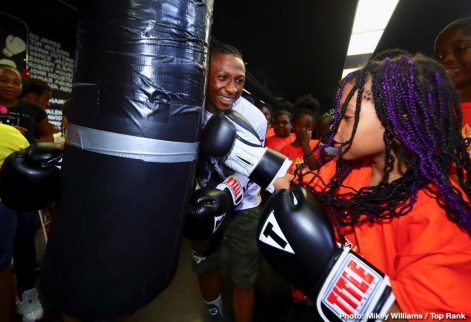 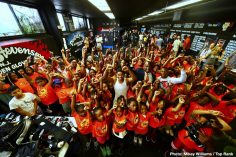 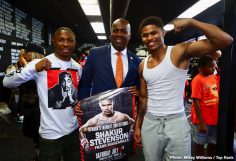 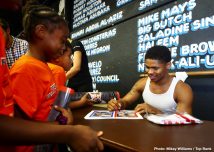 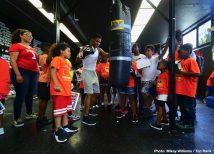 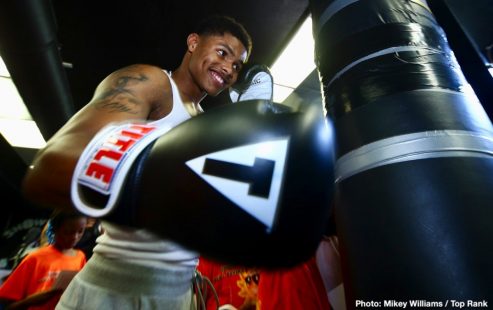 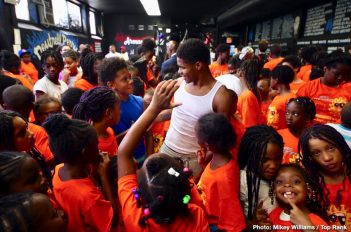 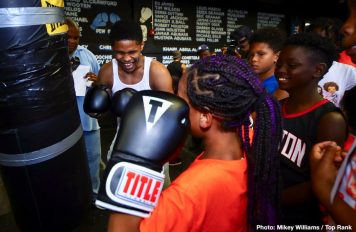 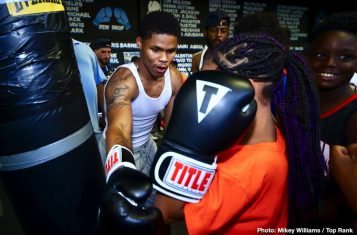 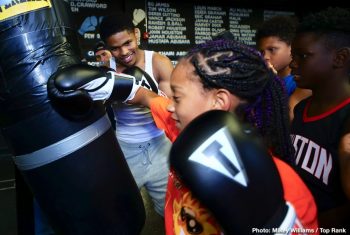 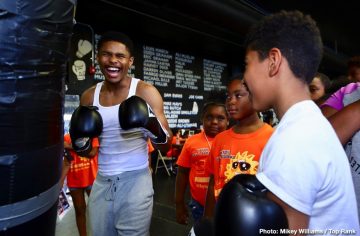 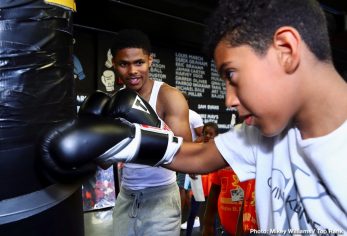