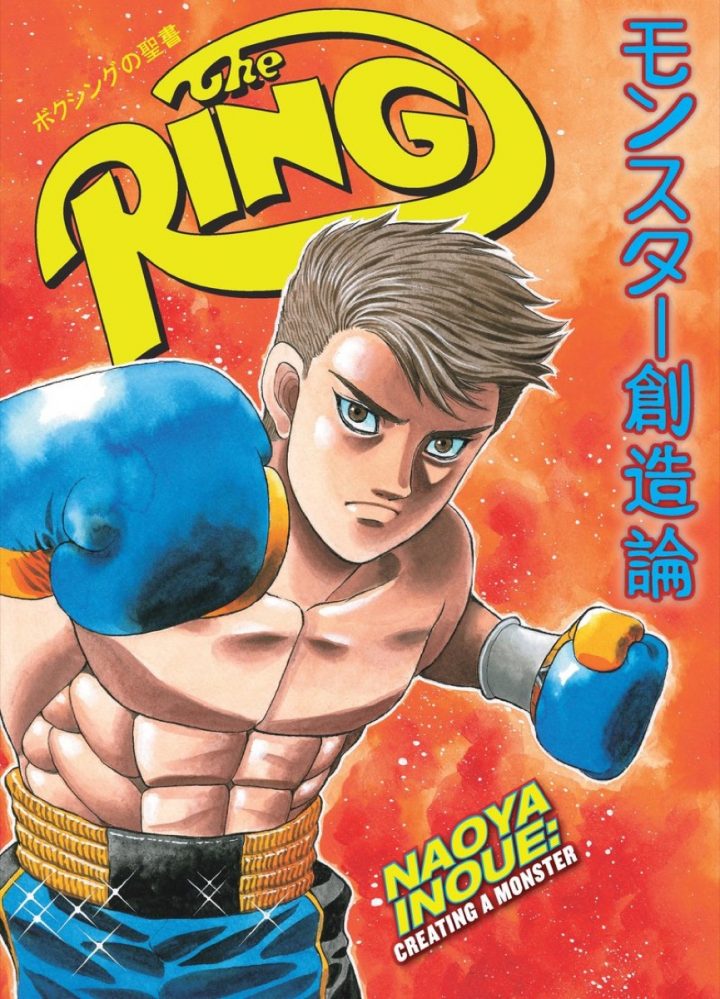 Naoya Inoue’s performances in the World Boxing Super Series have sent shockwaves throughout boxing and the wider world of sport. The three-weight champ was already a well-known name in boxing but has become a phenomenon in the quest for the Muhammad Ali Trophy.

Late last year after his famous ‘Gone in 70 seconds’ win over Juan Carlos Payano, the 26-year-old became the first Japanese national to occupy The Ring cover since the magazine’s foundation in 1922, and following a stunning second-round stoppage of Emmanuel Rodriguez in the WBSS semi-final in Glasgow, ‘The Monster’ returns in manga style.

Morikawa created the boxing manga series ‘Hajime no Ippo’ (The First Step), which has sold approximately 100 million copies worldwide. In recent years, the series has also been the subject of both television shows and video games. Now he can add drawing the cover of the ‘Bible of Boxing’ to his impressive resume.

“Naoya Inoue is a special fighter to me as a fellow Japanese,” said Morikawa to The Ring. “I drew the artwork with all my heart as a fan of boxing and a fan of Naoya.”

Read more about the September issue’s cover story, which is available to digital subscribers, here.

Inoue’s total fight time in the WBSS is only 5 minutes and 29 seconds, and neither quarter-final opponent Juan Carlos Payano or Emmanuel Rodriguez had ever been dropped before.

Inoue meets another formidable fighter, Nonito Donaire, in the bantamweight final of the WBSS this fall. Fans are advised to sign-up to receive ticket alerts about the Season II Finals here,

« WBC Franchise Champion: Are you pleased with the creation of this title?