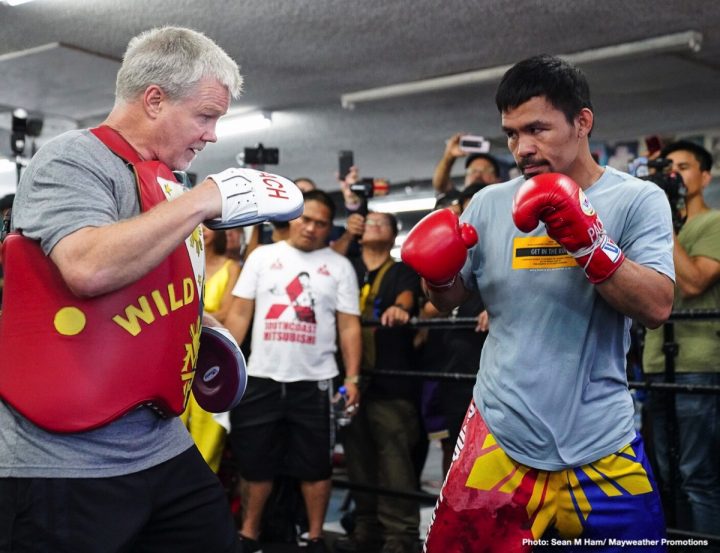 Manny “PacMan” Pacquiao, boxing’s only eight-division world champion, hosted media in Los Angeles Wednesday at his training camp as he prepares to face WBA Welterweight Champion Keith “One Time” Thurman Saturday, July 20 in the main event of a PBC on FOX Sports Pay-Per-View event from the MGM Grand Garden Arena in Las Vegas. 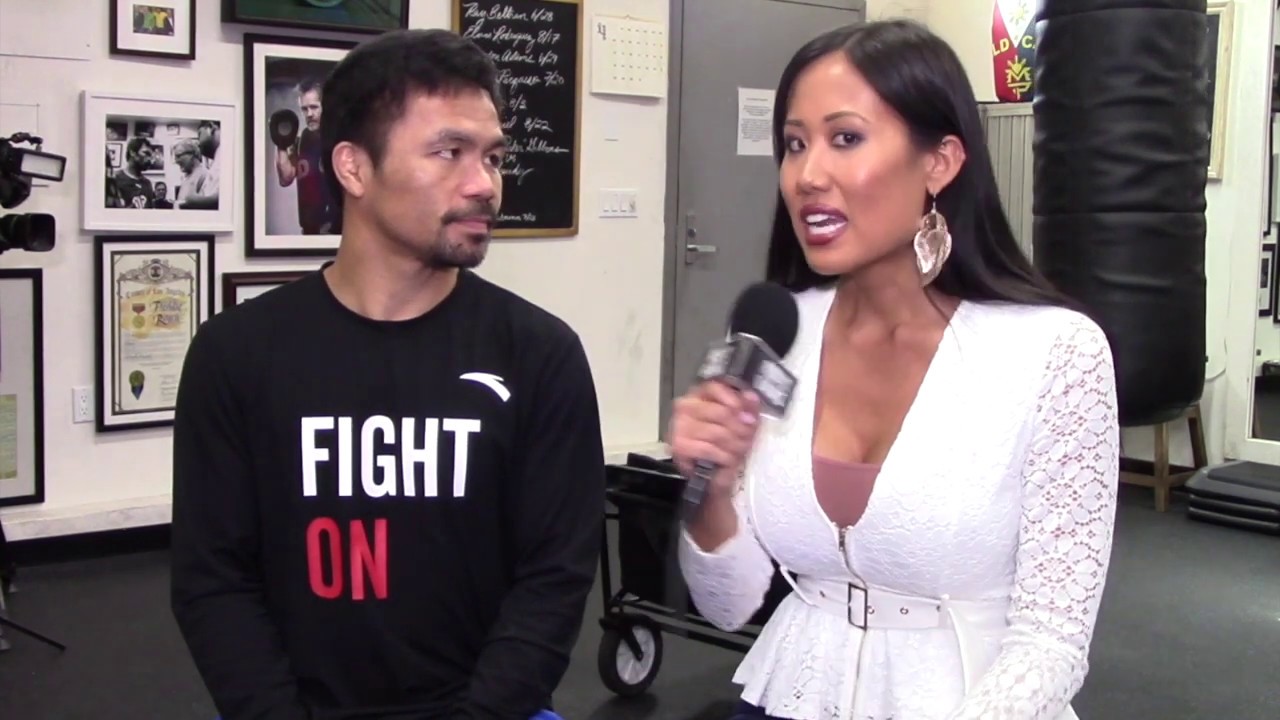 Pacquiao returned to fight in the United States in January for the first time since 2016 and defeated former four-division champion Adrien Broner at MGM Grand. Along with co-trainers Buboy Fernandez and Freddie Roach, Pacquiao spoke to media and worked out for the media at Wild Card Boxing Club in Hollywood.

Here is what Pacquiao and his co-trainers had to say Wednesday:

“Training camp has been very good. We started in the Philippines before coming here and everything has been smooth. We picked this fight against Thurman because we believed we could give great action to the fans and I know I’ll be ready to deliver on my end.

“The more Thurman talks, the more it will help me. His words are motivating me and encouraging me to work even harder day after day.

“Boxing is about throwing punches, not who has the bigger body. My speed and power will speak for itself. He may underestimate me now, but he’ll talk differently once he’s in the ring with me.

“I’m not taking too much from Keith’s performance against Josesito Lopez. We understand he was coming off of a layoff. I know that he’s not going to take me lightly. I expect him to be 100% in the ring.

“I always feel like I have the ability to beat any fighter out there. I’m still in this sport and I’m planning on a lot more memorable victories.

“Thurman reminds me the most of Ricky Hatton, of fighters that I’ve faced. Will it be the same result? You never know.

“When you work hard in the gym, you can do what you want to do in the ring. It makes it easy and that’s our goal here in camp.

“It’s going to be another page of my story on Saturday, July 20. There’s a big chance that this fight is not going the distance. I’ll be prepared, but I’m thinking it’s not going 12 rounds.

“I always try to push myself and punish myself in training. That’s the key to my career. It leads to everything I can do. My speed, power and footwork all come together from my hard work.” 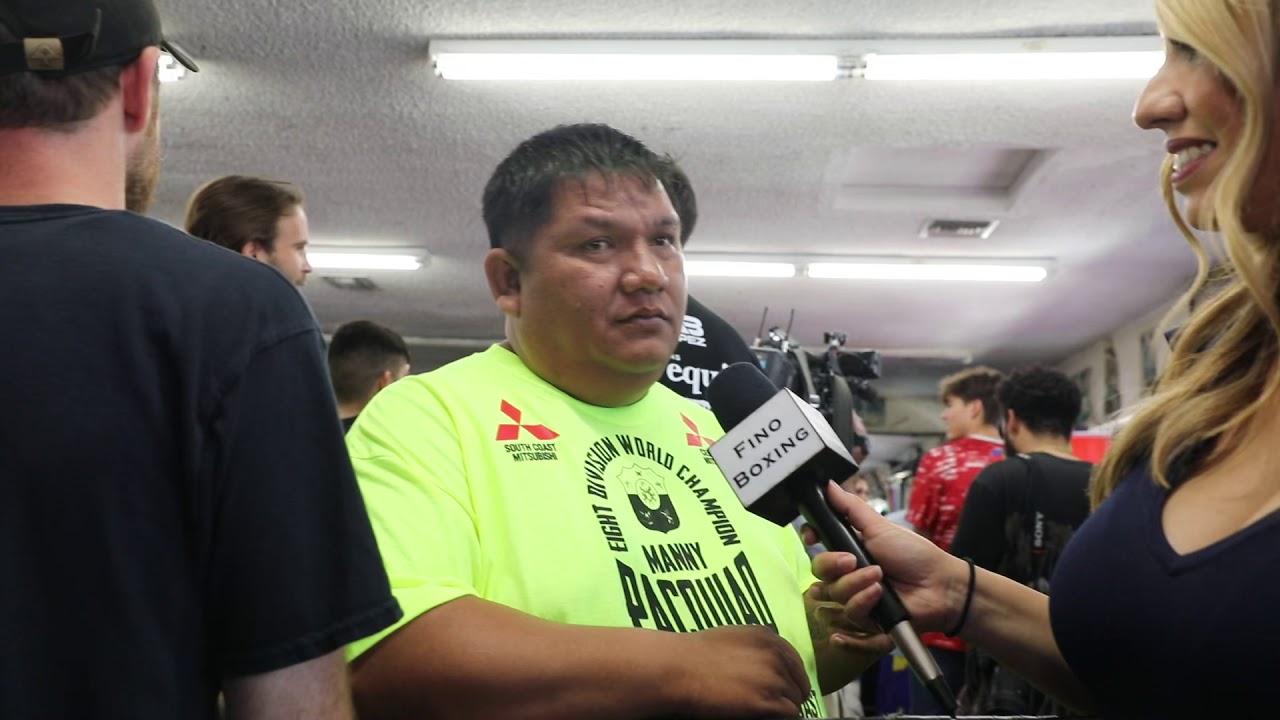 “We always study our opponent before training camp and determine what we’ll focus on based off that. We have great sparring partners for Thurman. The biggest difference these days is that we have more days off than when Manny was younger.

“Manny still has the speed and the power. This is going to be a great fight on July 20. Manny wants to fight toe-to-toe and show the whole world that he can still fight.”

“I am not predicting a knockout. We are just counting on winning every round, one at a time.

“I think Manny is going to go down as a one of the greatest fighters of all time. I still have a long way to go to become the greatest trainer in the world.

“I like Manny in the later rounds, that’s where he usually excels. Thurman, to me, that is where he usually starts fading, especially in his last two fights. He starts out quickly and fades as the fight goes on.

“Manny has heard the trash talk from Thurman and he’s not happy about it. But Manny isn’t the type of guy to carry anger into a fight. He will fight the smart fight and stick with the game plan that we have set out to win this fight.

“I think so at this point because he does power with his left hand and then he goes with the big over hand right and that was one of his favorite moves during that time. The left hook does seem to have taken over in that last fight and I just don’t think he’s as much as he was that one time.”