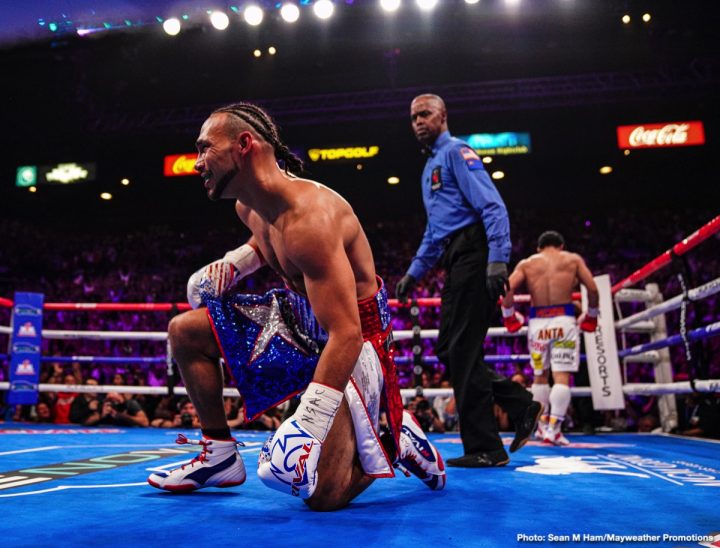 By Graham Ernst: Light welterweight prospect Gary Antuanne Russell revealed in an interview taken before last Saturday’s mega fight that Keith ‘One Time’ Thurman had a busted rib before his fight against Manny Pacquiao in Las Vegas, Nevada.

Russell, 23, said in the interview with Fighthype that Pacquiao likely knew about Thurman’s rib injury, and that he should focus on attacking that side of his body. Sure enough; that’s precisely what the 40-year-old Pacquiao did in attacking Thurman’s body with powerful shots.

Pacquiao hurt Thurman with a body shot to the ribs in the 10th round, which changed the tide of the fight. Thurman wasn’t the same after that round, and Pacquiao was able to cruise to a 12 round split decision win.

“He still has a busted rib,” said Russell about Thurman in an interview on Fighthype that took place before last Saturday’s Pacquiao-Thurman fight. “For those who follow Keith Thurman’s career, they know he has a busted rib. I’m pretty sure his opponent [Pacquiao] knows he has a busted rib, and it would be a good thing to do to attack that side early on in the fight if it goes the distance.”

Russell predicted the fight with him talking about Pacquiao needing to attack the side of Thurman’s injured rib.  It’s surprising that the injury didn’t turn up during a medical checkup. It makes you wonder how thorough the pre-fight medical exam was. Thurman walking into the ring with a busted rib is strange.

If what Russell says is true, why didn’t Thurman ask to have the Pacquiao fight postponed? Was it because Thurman didn’t want to disappoint the fans by having the fight postponed a month or two? Had Thurman been healthy, he might not have been hurt by that body shot in the 10th round, and he would have possibly dominated rounds 10, 11 and 12 to win the contest.

Thurman with a good excuse to ask for Pacquiao rematch

Thurman now has a good excuse to push for a rematch against Pacquiao. Of course, if Thurman admits that he had a preexisting rib injury, he’ll have a lot of angry boxing fans going after him for not revealing the injury ahead of time. A lot of fans will storm after Thurman if he tells them that he went into the fight with a broken rib. The fans that bet on the fight will be angry to the extreme if Thurman tells them he was hurt, and it’ll be bad.

Pacquiao was injured for his fight with Floyd Mayweather Jr. in 2015, and that’s one of the reasons why fans want to see a rematch. They feel that a healthy Pacquiao would beat Mayweather. So far there’s been no interest on Mayweather’s part in facing Manny a second time. 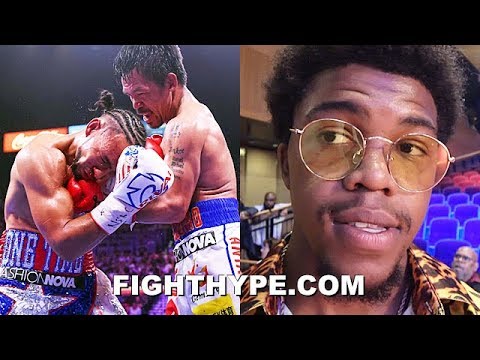 Khan wants a big name for next fight »