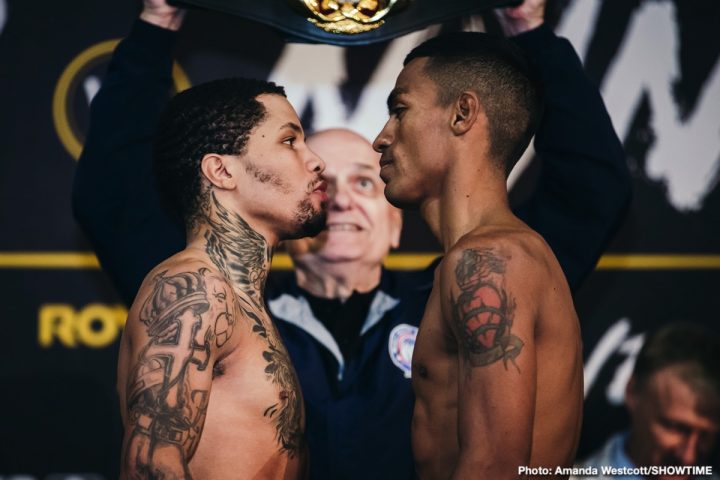 SHOWTIME CHAMPIONSHIP BOXING begins at 9 p.m. ET/6 p.m. PT and features a pair of 10-round lightweight bouts. Former world champions Yuriorkis Gamboa and Roman “Rocky” Martinez will square off in the co-featured bout, while top contender Ladarius Miller will take on former world titlist Jezzrel Corrales in the telecast opener.

On SHOWTIME CHAMPIONSHIP COUNTDOWN, 21-year-old Richardson Hitchins (9-0, 5 KOs), a 2016 Haitian Olympian fighting out of Brooklyn, returns for his fourth fight of 2019 against once-beaten Philadelphia native Tyrone Crawley (7-1-1) in an eight-round welterweight match. Baltimore-native and undefeated prospect Malik Hawkins (15-0, 9 KOs)fights in his hometown for the first time in nearly four years in an eight-round super lightweight bout against Johnathan Steele (9-4-1, 6 KOs). In the opening bout of the streaming countdown show, 20-year-old New Jersey prospect Dylan Price (8-0, 6 KOs)steps in for an eight-round super flyweight bout versus Samuel Gutierrez (16-23-6, 6 KOs).