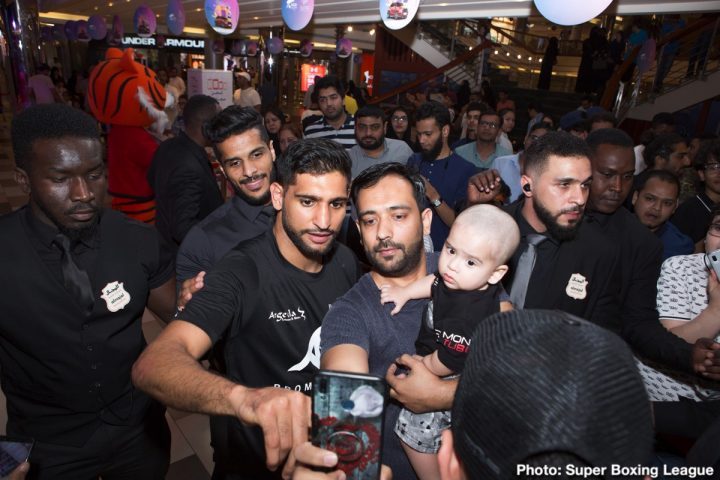 Amir Khan and Billy Dib gave Saudi fight fans a glimpse of what to expect ahead of their big fight this Friday night when they performed a public work-out in the Red Sea Mall in Jeddah.

Two-Time World Champions Khan and Dib will meet at the King Abdullah Sports City stadium with the Vacant WBC International Welterweight Championship on the line, exclusively live in the UK on Channel 5 and 5Spike.

Khan was put through his paces by trainer Clarence “Bones” Adams and fitness and strength conditioner Alex Ariza and was given a huge reception from the hundreds of spectators who filled the floors.  The Bolton star of Pakistani heritage is the first and only high-profile Muslim boxer to have headlined in The Kingdom.

The 32-year-old looked sharp and fast as he unloaded big shots on Bones’ hand pads to the delight of the fans, for many it was their first time seeing a superstar boxer like Khan up close.

Khan is thrilled to making his Middle East debut and has promised more appearance in the future.  Amir said:

Dib took the fight with Khan after the original opponent Neeraj Goyat withdrew after being involved in a car crash, but Amir is ready for the change of opponent.

“Sometimes it can be hard when you have a replacement opponent.  It’s been hard because I’ve working on an opponent from India, Goyat, so what I have to do is change my game plan for this fight.  Billy’s a great fighter and a two-time world champion and he’s coming to win so we have to change up a little bit, but I’m ready,”

He finished by promising to deliver an exciting performance for his new audience and is looking to forward to returning to Saudi Arabia soon.

“Me and dib, we are both ex-world champions, we’re going to put on a great performance for the fans to enjoy.  A win will give me a top five ranking in the world. We are going to see fireworks and there will be many more events like this in the future.”

Australian Dib didn’t give away too much as he did some light shadow boxing in the ring as he looks to cause a shock and defeat the heavy favorite Khan.

Billy Dib ready to do whatever it takes to win

“This is an amazing experience for me to be allowed to fight here and I can’t wait.  I can definitely win this it’s a great opportunity for myself.  Amir’s a great fighter and beaten some legends but I’m going to do whatever I can to win.” 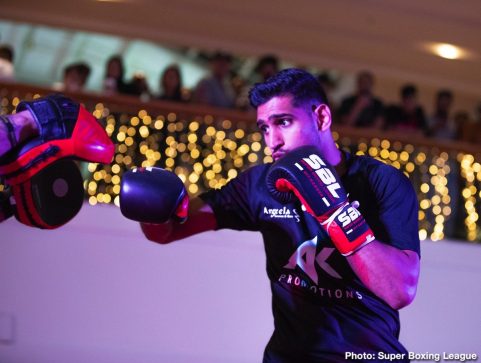 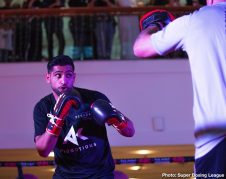 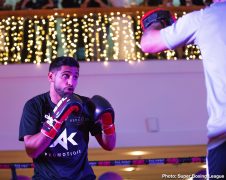 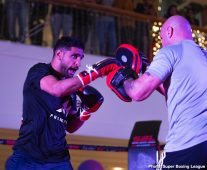 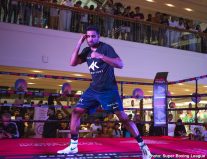 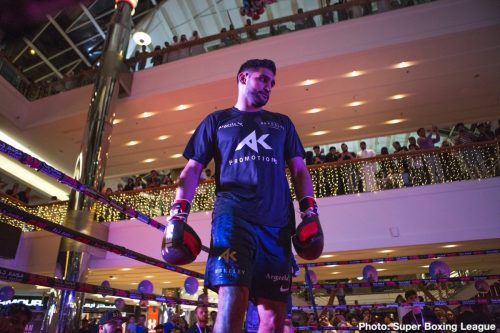 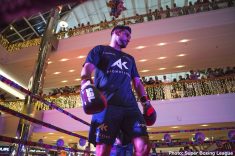 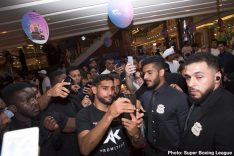 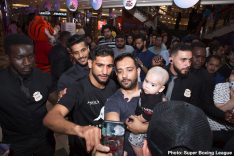 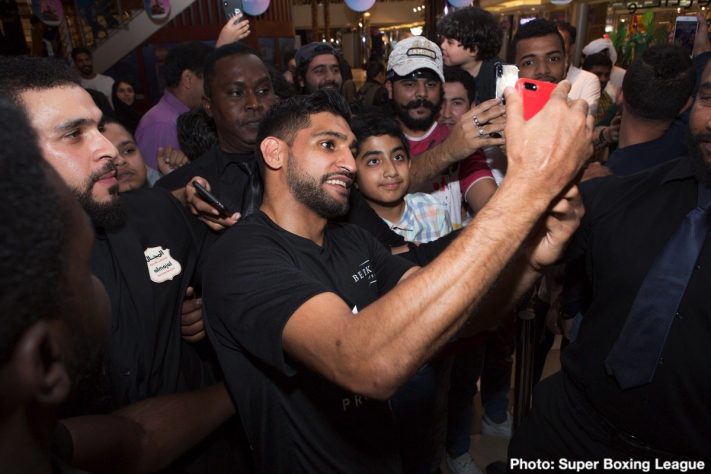