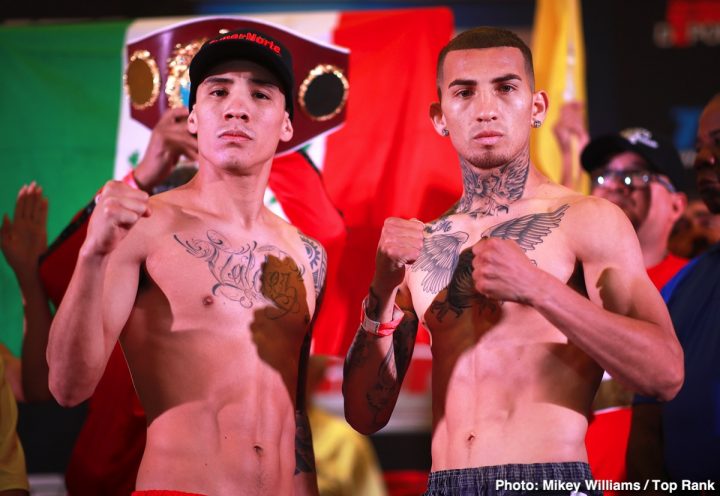 By Chris Williams: Oscar Valdez weighed in at 125.4 pounds on Friday for his title defense of his WBO featherweight belt against #13 WBO Jason Sanchez this Saturday night on ESPN & ESPN Desportes at the Reno-Sparks Convention Center, in Reno, Nevada.

Sanchez looked scared during the weigh-in, which is a bad sign. When he stood for the face off with Valdez, Sanchez looked timid.

This is Valdez’s second training camp with Eddy Reynoso, who he hired to help his defensive flaws. Reynoso is the long-time trainer of IBF/WBA/WBC middleweight champion Saul Canelo Alvarez. Reynoso is a good trainer, but he’s not superman. If Top Rank makes the mistake of matching Valdez against one of the talented fighters like Gary Russell Jr. at 126 or Leo Santa Cruz, we’ll likely see the limits of what Reynoso can do. Valdez is an excellent fighter. It would be nice to see Valdez put in with a quality opponent for a change. That’s not a knock on Sanchez, but he is a fringe level bottom dweller. Valdez is capable of more than this. Valdez’s career is flying by.

Oscar Valdez can do better

It would be interesting to see Valdez fight some of the super featherweights like Gervonta ‘Tank’ Davis or Tevin Farmer, but that’s probably not going to happen. Top Rank could likely make a deal to match Valdez against Farmer if they wanted to, but they probably won’t do it. Super featherweight is a dangerous division for Valdez, who has been hurt a number of times in the last couple of years against Miguel Marriaga, Scott Quigg and Genesis Servania.

“I don’t plan on leaving this belt anytime soon,” said Valdez. “I want to move and improve to bigger and better things. Right now, I got only one guy on my radar, which is Jason Sanchez. I got much respect for him and his team, but once the bell rings, all of that is over.”

Top Rank isn’t taking any chances with Valdez since he suffered a broken jaw 15 months ago in a fight against Scott Quigg in March 2018. In Valdez’s first fight back from a long one-year layoff, he defeated the light hitting Carmine Tommasone (19-1, 5 KOs) by a seventh round knockout last February. It was thought that Top Rank Boxing would step Valdez up after that soft touch by putting him in with a talented contender with some power, but they’re continuing to take it easy with him by matching the weak punching Sanchez.

The upside of the soft match-making for Valdez is he’ll keep his title for a long time. The downside is he’s become invisible now with very boxing fans talking him anymore. Valdez’s career is flying by, and he’s not becoming more popular. It’s too bad, but hopefully Top Rank will eventually start matching Valdez against fighters that the fans are interested in. Right now, there’s been very little talk about Valdez’s fight with Sanchez, and the results of the contest likely be ignored.

The 24-year-old Sanchez comes into the fight with very little experience against good opposition. He’s been fighting a lot of journeyman in building up his 14-0 record. With his #13 ranking with the World Boxing Organization, Sanchez is another safe fight for the 28-year-old Valdez.

Sanchez’s claim to fame is defeating Jean Carlos Rivera (15-2, 10 KOs) by a narrow 10 round unanimous decision last October. However, the victory seems less impressive now that Rivera has been beaten by Adam Lopez (13-1, 6 KOs) by a seventh round knockout on May 25. Lopez did a far better job beating Rivera than Sanchez did. It’s unlikely Sanchez will pull off an upset in this fight, because he can’t punch. 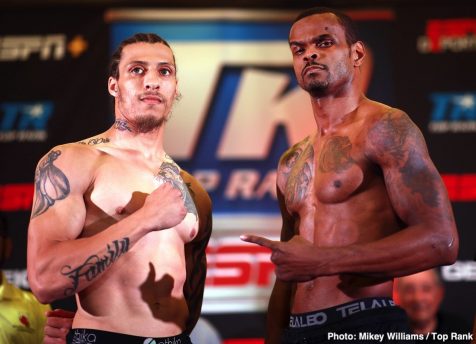 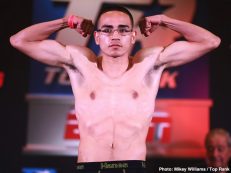 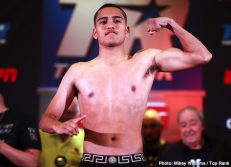 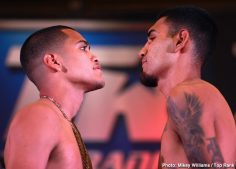 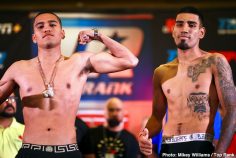 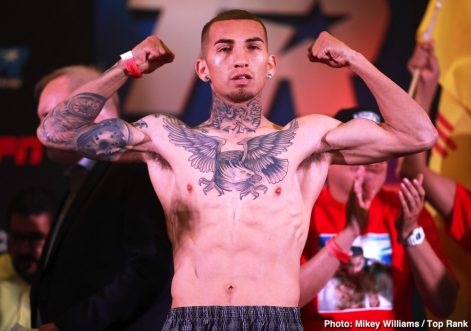 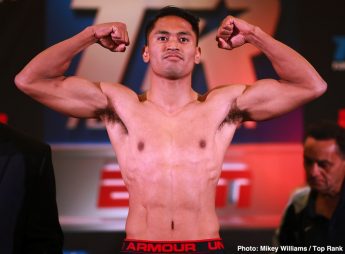 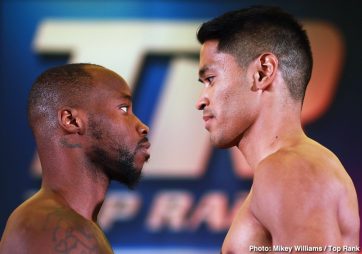 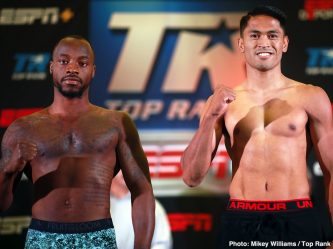 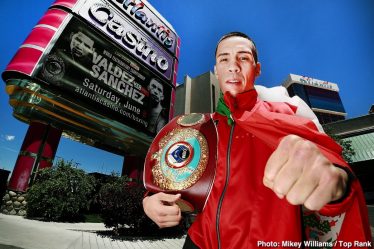 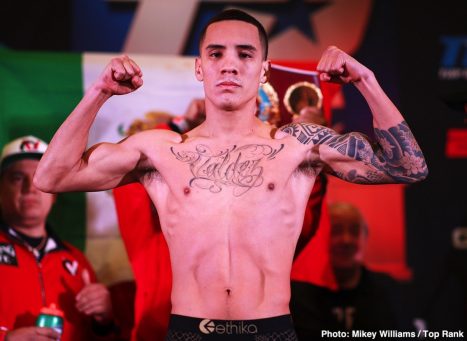 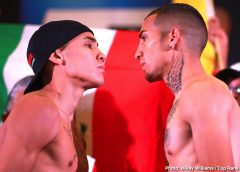 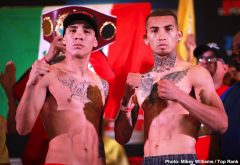 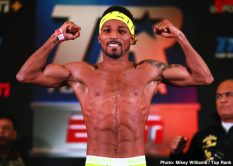 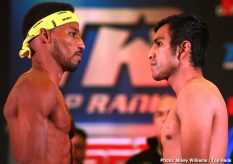 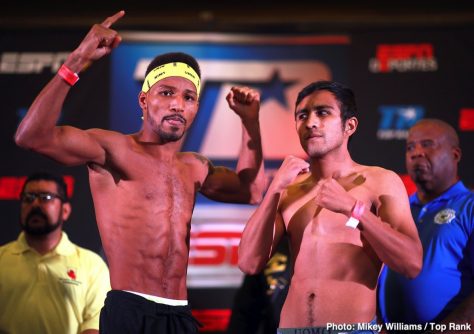 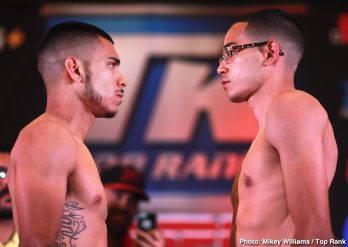 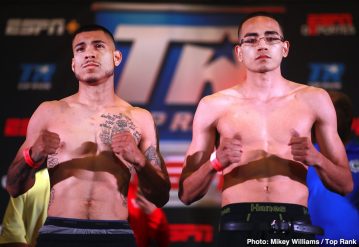 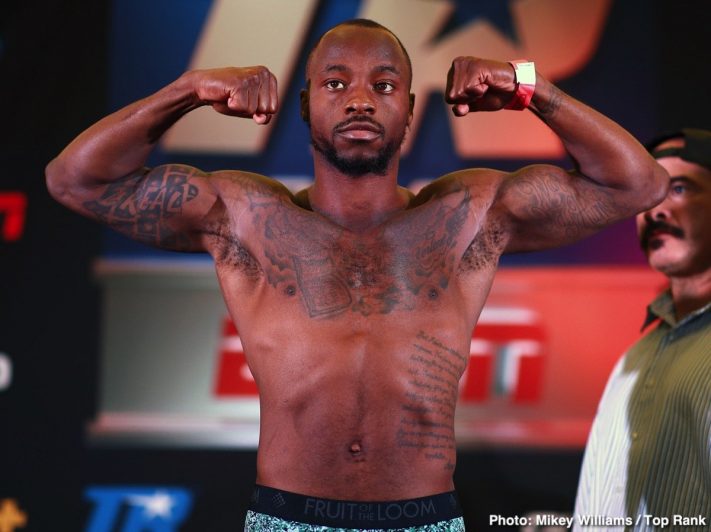 
« Did Andy Ruiz Jr. bring back your hunger for boxing?