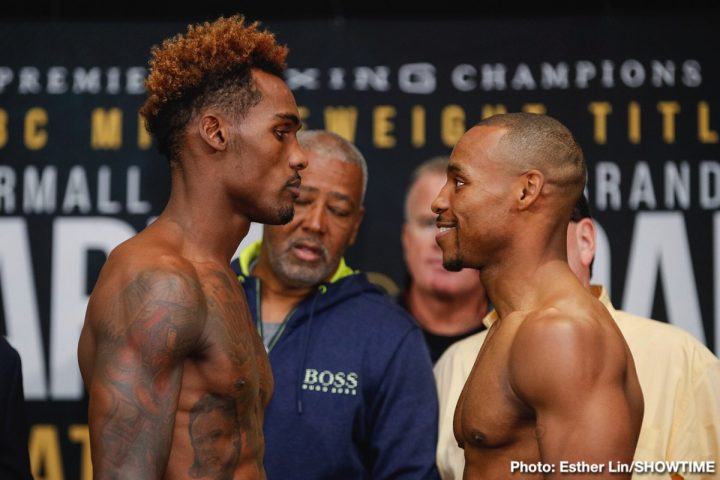 By Barry Holbrook: Jermall Charlo came in at 159 1/2 pounds on Friday at his weigh-in for his first title defense of his WBC middleweight belt against fringe contender Brandon Adams for this Saturday night on Showtime World Championship Boxing at theNRG Arena, Houston, Texas.

Adams (21-2, 13 KOs) weighed in at 160 pounds. During the face off, Adams smiled, while Charlo looked back at him with no hint of aggression. If anything, Charlo looked like he was already feeling sorry for Adams for what he’s about to do to him on Saturday night. Charlo didn’t attempt to intimidate Adams during the face off. This match-up is such a one that it’s troubling that it was made in the first place. If Charlo’s management want to turn him into a star, then they’re going to need to do better than Adams.

Not much to take away from looking at the shape of the two fighters.

The WBC upgraded Charlo to the full WBC middleweight champion this week on the same day they appointed Saul Canelo Alvarez the WBC Franchise 160 pound champion. Before that, Charlo was the interim WBC champion and mandatory challenger to Canelo. Had the WBC not created a new title for Canelo in giving him the Franchise belt, they would have had to order him to defend his WBC middleweight title against Charlo.

Charlo much bigger than Adams

Both guys looked in excellent shape. The noticeable thing was the size difference between Charlo and Adams. They literally looked like they were from two divisions. Charlo, 6’0″, towered over the shorter 5’9″ Adams. The size difference was monstrous. It’s clear from looking at the two, that Charlo is big enough to fight at super middleweight, which is probably where he should be fighting. In contrast, the smaller Adams belongs at 154 or maybe even 147. He’s much too small to be fighting at 160. Adams would do himself a big favor if he dropped down to 154 at the minimum. He probably, but he should.

“I’m proud of the people of Houston for coming out and supporting me. I expect this to be a show. I’m going to give it my all. I’m going in there to defend my life,” said Charlo.

Charlo vs. Adams will be televised on Showtime Championship Boxing this Saturday night. The start time is at 9:00 p.m. PT/6:00 p.m. PT.

Adams expects Charlo to be at his best

“I expect Charlo to come out and be his best because I’m bringing the absolute best Brandon ‘The Cannon’ Adams. I’m willing to dig deep,” said Adams. “I’m looking forward to this challenge.”

Before anyone takes a shot at Charlo for fighting Adams, they need to realize that former middleweight champion Gennady Golovkin was interested in fighting him for his recent June 8th tune-up match on DAZN at Madison Square Garden in New York. Adams, 29, chose to fight Charlo instead of GGG. That kind of tells you something about where Golovkin’s mindset is right now with him looking to fight guys like Adams, Steve Rolls and Kamil Szeremeta. GGG’s loss to Saul Canelo Alvarez last September appears to have done something to his confidence.

Erickson Lubin weighed in at 153.8 pounds for his 12 round WBC junior middleweight title eliminator against 37-year-old Zakaria Attou. Lubin-Attou is the co-feature bout on the Charlo vs. Adams card on Showtime World Championship Boxing. Lubin and Attou both had to strip naked to make the weight. For the 5’11” Lubin, this could be a sign that he needs to move up in weight. He’s still growing, and he’s always been huge for the 154 pound weight class for some time. But if Lubin is going to move up to 160, he’s going to need to work on his defense, because he won’t last long as a top tier fighter if he keeps getting knocked out.

For his part, Attou (29-6-2, 7 KOs) weighed in at 153.75 pounds. The winner of the Lubin-Attou fight will be the WBC mandatory challenger for WBC 154 pound champion Tony Harrison. However, they’ll have to wait for the winner of the Harrison vs. Jermell Charlo rematch. Charlo is hoping to avenge his loss to Harrison from last December.

Lubin (20-1, 15 KOs) would like nothing better then to avenge his 1st round knockout loss that he suffered at the hands of Charlo in October 2017. That was a fight in which Lubin made the mistake of ducking down low in front of Charlo, who then nailed him with one of his chopping right hands to the head. The rest was history. In hindsight, Lubin should have known better than to duck down in front of Charlo, because the Texas native loves to throw chopping shots.

Claudio Marrero (23-3, 17 KOs) weighed in at 125.75 pounds for his WBA featherweight title eliminator against the 26-year-old Eduardo Ramirez (22-1-3, 9 KOs). Ramirez weighed 125.2 pounds. The winner of the fight will be the mandatory challenger to WBA featherweight champion Leo Santa Cruz. 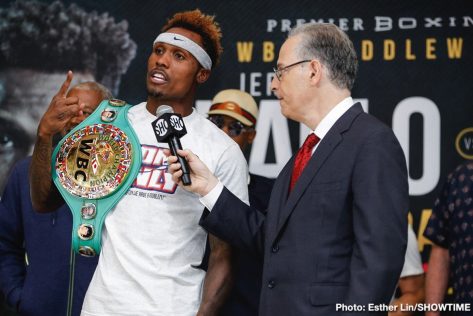 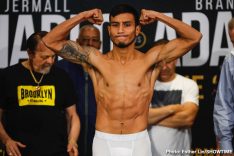 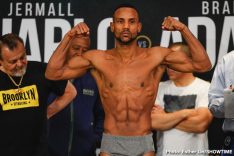 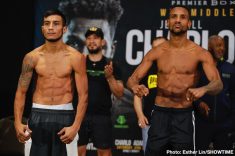 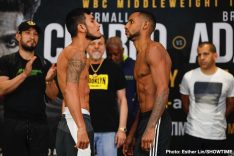 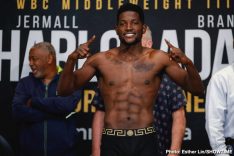 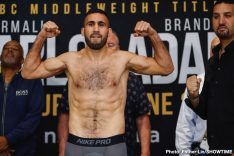 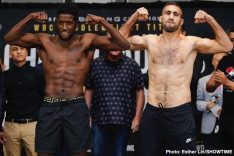 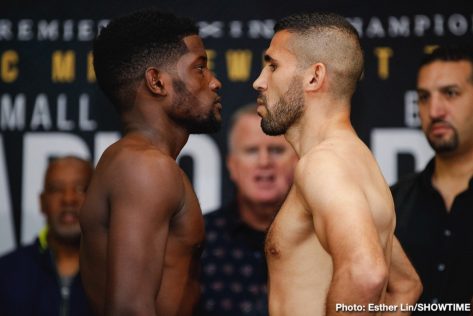 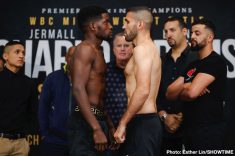 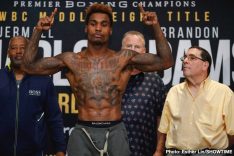 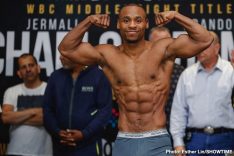 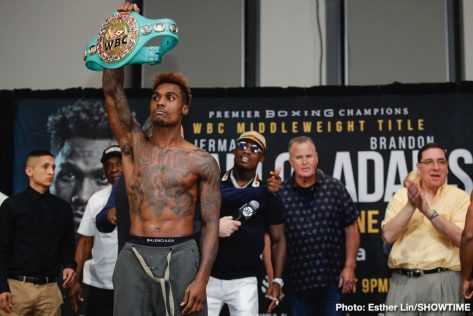 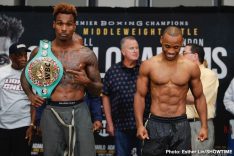 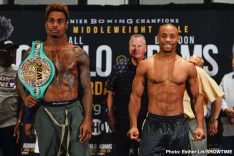 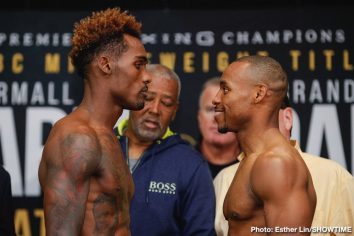 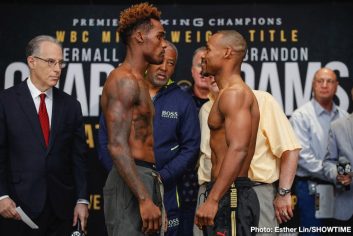