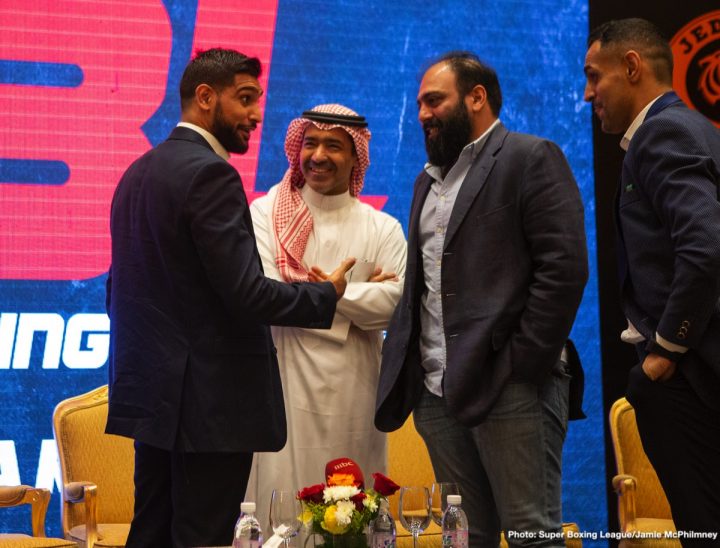 British-Pakistani hero Khan and India’s star Goyat make history when the two nations meet in the boxing ring for the first time ever with the specially commissioned World Boxing Council (WBC) Pearl Welterweight Championship on the line.

The Bolton star promises a feast from the Middle East when he break down frontiers in the event titled ‘Nations Connect’ as he makes his debut in the MENA region and in the The Kingdom for the first time in his illustrious 14 year, 38 fight pro career.

This will also be Khan’s first terrestrial TV appearance since 2010, as Channel 5 televise his ground-breaking fight to millions with the undercard also featuring on free-to-air 5 Spike in nearly 5 hours of live boxing action.

‘It’s an honour to be fighting in The Kingdom during the Saudi Seasons and a big thank you to GSA for making this happen. I can’t wait to deliver a world class performance here and really put Saudi Arabia on the map as a boxing destination to rival any of the big fights cities in the World. It’s been a dream of mine to fight here for many years and I finally get to share my talent and spread boxing to new territories across the world just as Muhammad Ali did. Importantly, this fight against Neeraj is sending a message that our two nations, Pakistan and India, can connect in the boxing ring and through the power of sport we can send out a positive message.” Said Khan.

Khan is hungry to get back in the ring following his controversial sixth round stoppage loss to WBO welterweight boss and pound-for-pound contender Terence Crawford in April and knows that a victory in Jeddah could lead to a blockbuster showdown with the legendary eight-division World Champion Manny Pacquiao.

In the opposing corner stands Indian trailblazer Neeraj Goyat who will be eager to replicate his compatriots’ recent conquest over sporting rivals Pakistan at the Cricket World Cup.

The 27 year old former Commonwealth Youth medallist and World Youth and Military Games rep topped the bill in India’s first professional promotion in May 2015, when he also became the first from his nation to contest and win a pro title by scalping Nelson Gulpe for the WBC Asian crown. A brace of successful defences led to Goyat being honoured as the WBC’s Asian Honorary Fighter of the Year in 2017 plus the first Indian to crack the WBC world ratings.

Though winless in his opening four paid starts (two draws, all overseas), the 5ft 7 ½ in terror has triumphed in 11 of his last 12 – the sole stain a points loss to a Mexican in Mexico. He is also undefeated in MMA combat and yet to be stopped.

Nevertheless, ‘King Khan’ is promising to leave the man from the state of Haryana in a proper state before advancing to what could be an All-Asian career finale against ex-gym mate and eight division world champion Manny Pacquiao from the Phillipines.

‘End of this year, early next year, I want to make a big name world title challenge and there’s a strong possibility it could be here in Saudi Arabia against Pacquiao,’ claims Khan who will be coached for the first time by ex-WBA super-bantam boss Clarence ‘Bones’ Adams and Alex Ariza.

‘Hopefully, Manny beats up Keith Thurman the week after my fight and we’ll see what happens.

‘A fight between us would set-up boxing in the Middle East forever and lead to multiple championship fights taking place in the region. I intend being at the forefront.’

Chief support pitches world grade heavyweights from past and present when undefeated former British champion Hughie Fury, 24, who features courtesy of Hennessy Sports and Channel 5, steps up against one-time WBC World Champion Samuel Peter in a mouthwatering championship title contest to be announced.

England’s first ever World Youth super-heavyweight champion, the 6ft 6in ‘Fists of Fury’ has already showcased his considerable skills in eight countries since debuting as a pro, aged 18, in March 2013. However, this will be his first exposure in the MENA region and he is promising to expand his fan base by delivering a sparkling performance.

‘I’ve a job to do and it’ll get done. Samuel Peter is a seriously solid, dangerous veteran who can clearly punch but I relish the challenge,’ said Fury who is trained by his father Peter.

He added, ’It’s always great to visit different places and get my name around the World. I’m expecting a great atmosphere. There’s only one thing on my mind, getting to the very top, winning the world title.

Peter, the ‘Nigerian Nightmare’, is a 2000 Sydney Olympian, now in his 19th year as a pro. The powerhouse has clattered 31 victims inside schedule whilst compiling a stellar 38-7 CV. The solid 6ft 2in, 19stone plus African reigned on the WBC throne for seven months in 2008 and has swapped leather with four fellow world champions, including both Klitschko brothers. He famously flattened Wladimir three times before dropping a close, contentious 12 round decision in 2005.

Following a break, Samuel returned in Mexico in February and has already bombed out two foes inside the opening frame. Fury will need to bring his A-game if he hopes to advance above his ranking of 14 with the IBF.

To add further garnish to the bill, Acton pantomime villain Prince Patel attempts to become the first fighter of Indian heritage to claim a boxing world title when he collides with violent Venezuelan Michell Banquez for the Vacant IBO Bantamweight belt.

It’s a genuine toss-up between boxers who both boast 18 wins from 19 outings – Patel’s blemish a draw, Banquez’s an 11 round points loss in Chile – and both claim 13 stoppage wins.

The punching Prince, a three-time national junior champion and 2013 Senior ABA finalist, is as awkward inside the ropes as he is beyond. Love him or loathe him, he’s hard to ignore. 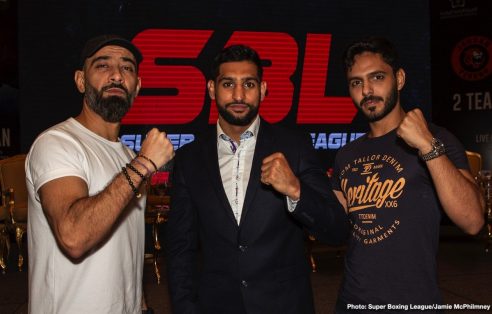 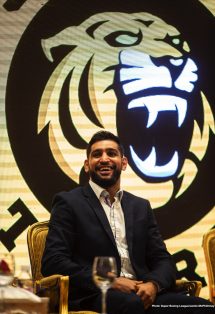 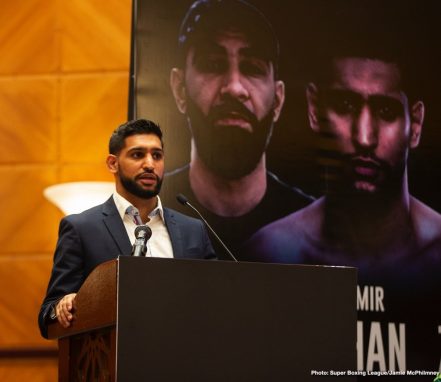 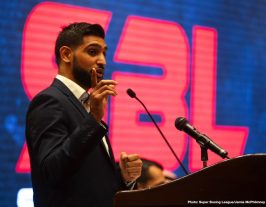 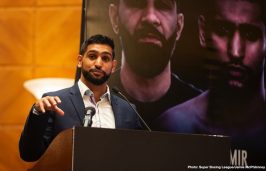 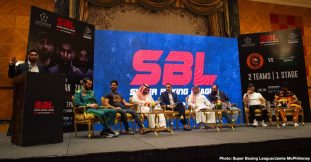 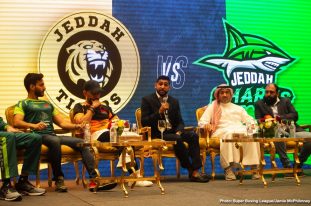 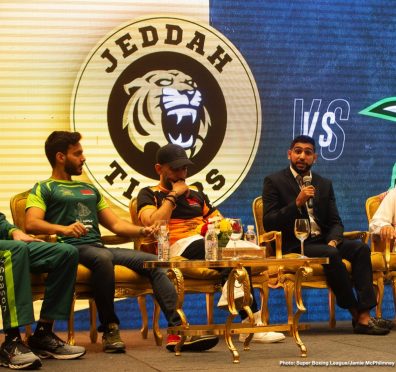 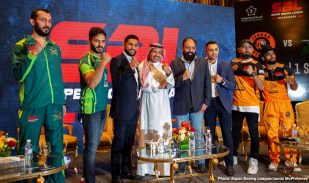 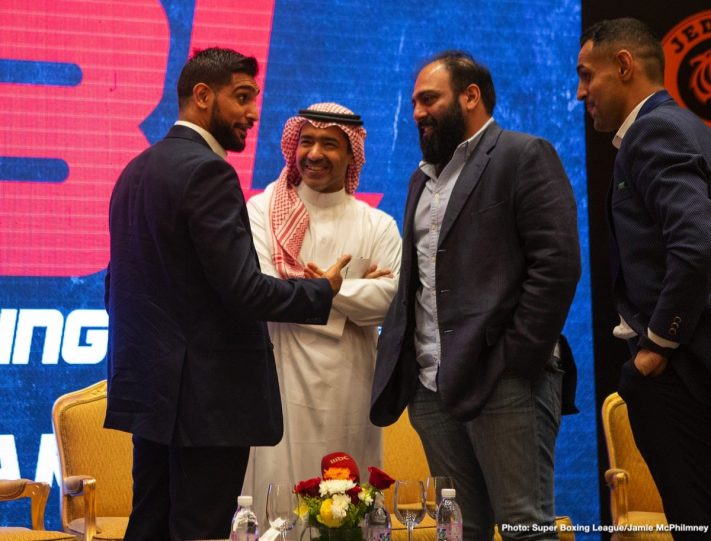