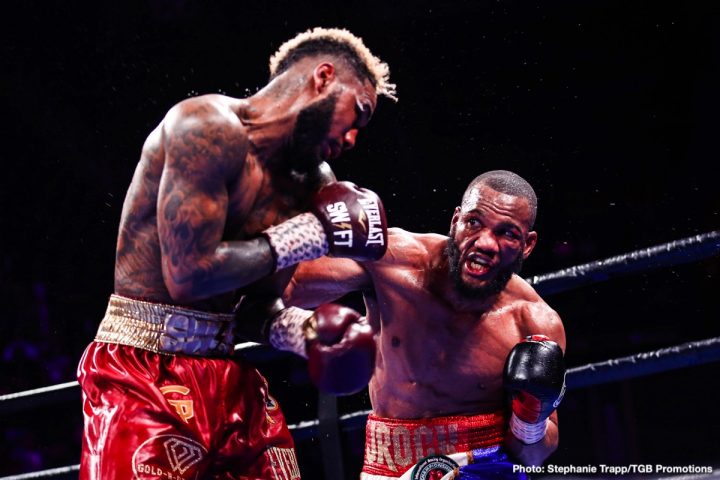 Julian “J-Rock’’ Williams knew he was walking into the lion’s den when he traveled from Philadelphia to Virginia to face undefeated unified super welterweight champion “Swift” Jarrett Hurd in his backyard. But Williams (27-1-1, 16 KOs) wasn’t afraid.

He came. He saw and he conquered Hurd (23-1, 16 KOs), scoring a 12-round unanimous decision, handing Hurd his first loss and taking the IBF, WBA and IBO championships before a hometown crowd at the EagleBank Arena on the campus of George Mason University.

The crowd and the primetime audience, which tuned in to FOX and FOX Deportes, witnessed a valiant performance from both Williams and Hurd in what will certainly be a “Fight of the Year’’ candidate. The judges had Williams handily defeating Hurd with scores of 116-111 and 115-112 twice.

Williams had come up short in his previous attempt at a world title when he was stopped on via TKO by Jermall Charlo in 2016. He was overwhelmed by emotions after his upset victory over Hurd, who was a presumptive favorite over the 29-year-old Williams.

“I am just overwhelmed. This is such a great feeling. I outclassed him. I am one of the best fighters in the world,” said Williams. “Maybe I wasn’t ready for the title the first time I got the shot. I took the loss. I took it like a man and the whole world doubted me. I went into this fight a five to one underdog.’’

“This is a dream come true. I have been waiting for this for years. I never ditched the gym. I never got into girls or left the gym. I am from the streets, but I was never in the streets. I was in the gym practicing my craft.

“The only people that believed in me were my team, but all I can say is ‘and the new’!”

Hurd is often a slow starter and Williams made him pay for that. He jumped on the defending champion right out of the gate, throwing crisp punches behind a pistol-like jab. Williams dropped Hurd in the second round with a shot to the temple.

“It didn’t really change my strategy. It was just a flash knockdown. It caught me by surprise. I wasn’t really hurt,’’ Hurd said.

Sensing he had stunned Hurd, Williams came out firing in the next round. He picked up the pace and Hurd decided to match the ferocity of the attack rather than wither under it. Midway through the third round, Hurd landed a blistering left uppercut that snapped Williams’ head upward and slowly started to regain his form.

Hurd and Williams went to the trenches in the middle rounds, closing the distance and fighting in tight quarters. Conventional wisdom would seem to favor Hurd in that space, because he is physically bigger than Williams. But Williams did more than hold his own. 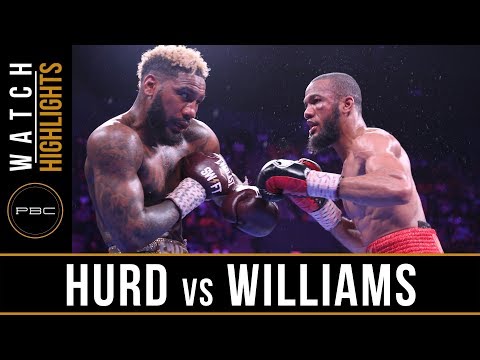 By the seventh round, the fight had become a war of attrition and a test of wills. Hurd was cut over his left eye in the eighth round. By then, Williams was completely in control.

Williams said he was well prepared for everything that Hurd threw at him, but it was by no means a cakewalk.

“He wasn’t easier to hit than I thought. He was crafty and he had heavy hands. I just stayed poised. I listened to my coach and I just worked,’’ Williams said. “He couldn’t hurt me. I saw everything he was throwing. I knocked him down. The game plan was to win however I could. I adapted on the fly. We knew he had certain tendencies and worked on his tendencies. ‘’

Hurd said he didn’t feel like himself in the fight against Williams. Fighting in front of a raucous hometown crowd filled with family and friends as he hails from nearby Accokeek, Md.

“I wasn’t able to get off. I can’t really call it right now. I have to go back and watch. I was loading up on my shots instead of just letting my hands go,’’ Hurd said. “J-Rock was just the better man tonight. There’s definitely a rematch clause in our contract and I’m going to go for it. I’m going to come back better than I was tonight.’’

Super lightweight sensation Mario Barrios (24-0, 15 KOs) scored a devastating second round knockout victory over Juan Jose Velasco (20-2, 12 KOs) in the co-feature. Barrios of San Antonio, Texas kept his undefeated record intact when he landed a crushing body shot that sent Velasco to the canvas midway through the second round. Referee Hugo Spinola counted out Velasco at 1:16 of the second round as the Argentine was on his hands and knees trying to catch his breath.

Barrios said he was trying to be patient and use his jab to set up the perfect shot.

“I saw him opening up every time he would step in. I knew one of the body shots was going to do it and I found the sweet spot,’’ Barrios said. “We weren’t expecting it to end that quickly. I wasn’t predicting a knock out, but I knew I had the power to do it and stop him.”

“I was very confident. I had a great camp. I can’t thank Virgil Hunter and the team for the preparation for this fight. We knew he was vulnerable with body punches and that was something I work on regardless. It is one of my favorite shots. I have been working on it since the amateurs.”

Barrios said he would build on the victory over Velasco and continue to climb the ladder at 140 pounds.

“I want a world title shot. I am always in the gym. I am always ready. I want all the smoke at 140. I want any of the champions. And I’m ready to bring a big fight to all my hometown fans in San Antonio.’’ 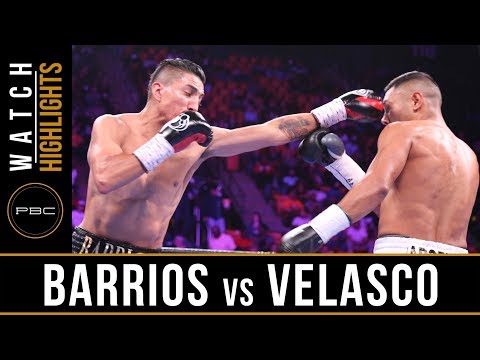 In the opening television bout middleweight contenders Matt Korobov of Orotukan, Russia and Immanuwel Aleem of East Meadow, N.Y. stalked each other for 10 rounds. They took turns pressing the action and playing the aggressor, dishing out and absorbing the best that each had to offer. In the end Korobov (29-2, 14 KOs) and Aleem (18-2-1, 11 KOs) had fought to a majority draw. One judge had Korobov winning 97-93 and two judges scored it 95-95.

In the sixth round Korobov landed a combination that rocked Aleem and had him in trouble momentarily. But Aleem weathered the storm. Aleem came out strong in the ninth round, practically running across the ring to meet Korobov, who had slowly raised his 36-year-old body off the corner stool at the last second. Sensing the close nature of the fight, both Korobov and Aleem unloaded and landed some heavy shots seeking to keep the outcome away from the judges’ scorecards.

Aleem said he thought he won the fight.

“I didn’t feel like he was doing enough. I was trying to use my range. He was just touching me. I realized when I started hitting him that he didnt have the gas.,’’ Aleem said. “I am faster than people think. I see open shots better than people expect. I made a statement tonight and I want to keep making statements.”

Korobov , who lost a unanimous decision to Jermall Charlo in his last fight, said he felt sluggish during the match against Aleem.

“I felt heavy and not totally sharp enough. It was hard to react and stop him from going inside. I have things to work on.,’’ Korobov said. “He was tougher than I expected. He wasn’t as strong as Charlo, but he is a really good fighter. He kept coming forward. He wasn’t afraid. He just kept throwing punches.” 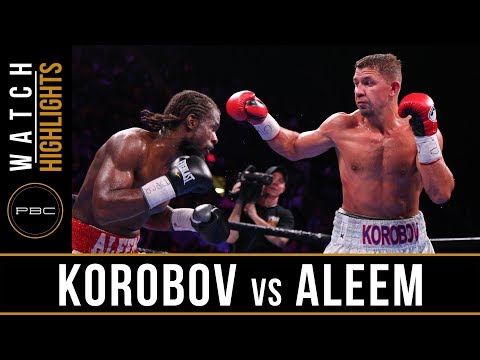