Filip Hrgovic ready for US takeover 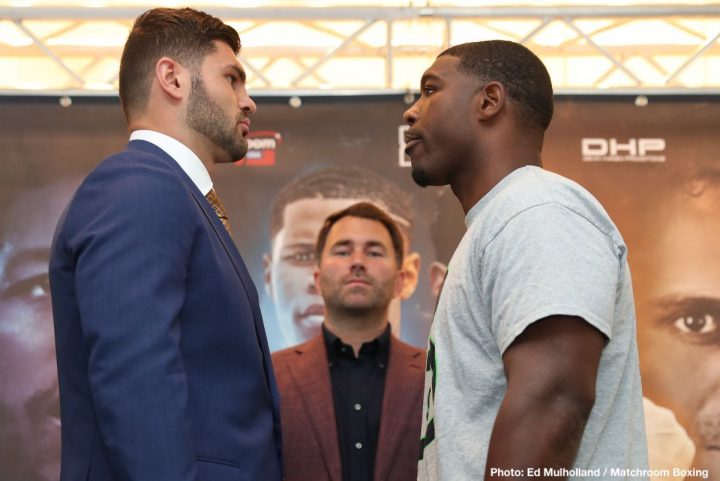 Filip Hrgović (7-0, 5 KOs) is ready to begin his US takeover as he faces Gregory Corbin (15-1, 9 KOs) at the MGM National Harbor in Washington tomorrow, live on RTL in Croatia, DAZN in America and Sky Sports in the UK.

Having already established his reputation in Europe, the Croatian boxing sensation will give the American audience the first taste of what is to come as he continues his World title quest against the Texan heavyweight.

Hrgović is no stranger to American opposition having claimed impressive victories over Kevin Johnson and Amir Mansour in his last two contests, and is full of confidence as he prepares to defend his WBC International title.

“I am very glad to be part of this great event,” said Hrgović. “I would like to thank my promoters and DAZN. I am excited for my American debut. It is an honor for me to fight here. For those who do not know, I come from Croatia, a small country in Europe. On Saturday night, I want to make my country proud.”

The Rio 2016 Olympic Bronze Medallist endeared himself to the American media with a charismatic display at yesterday’s press conference. After Corbin opted to sing: “It’s a new dawn, it’s a new day, it’s a new life for me!” Hrgović responded in kind with: “It’s not going to be your day man, stop singing!”

“I believe Filip Hrgović is the best contender out there at the moment, and on Saturday he will prove why we are so exited about his future,” said Sauerland. “I think he can beat any of the top heavyweights out there. It’s going to be a long road. Nobody is going to pick to fight him. We are going to have to make people fight him, but I believe we have the perfect way to get there.”

Matchroom Boxing’s Eddie Hearn, who will be working with Sauerland in guiding Hrgović’s career, was also full of praise for the rising heavyweight star.

“In the sport of boxing, everyone knows Filip Hrgović is the real deal,” said Hearn. “Anthony Joshua will tell you, his coach Rob McCraken will tell you, Joe Joyce will tell you. All these guys know that Filip is one of the most determined, hard hitting, athletic, skilful heavyweights in the division right now. Already making waves in the top 15 of the world and still only really a novice. I’m proud to be working with the Sauerlands with the development of Filip Hrgović.”