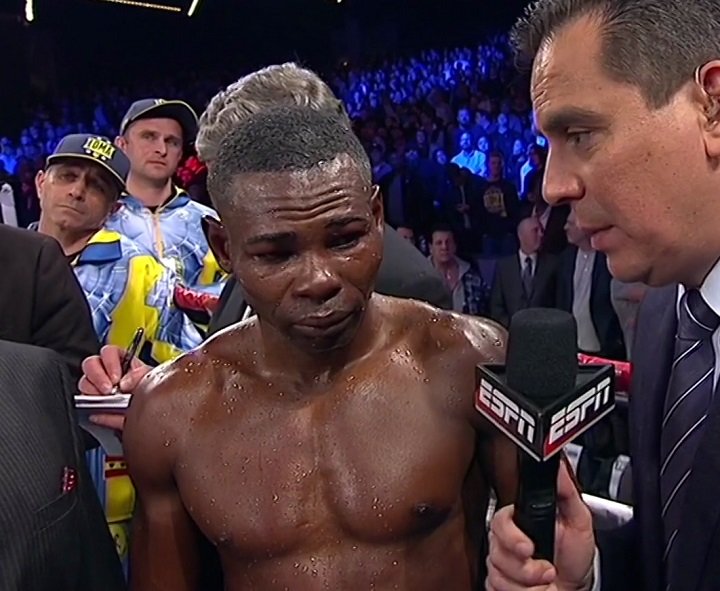 The two-time Olympic gold medalist Rigondeaux and 26-year-old Ceja are both in the same position in terms of trying to stay relevant in the changing landscape of the super bantamweight division. Neither fighter has been all that active lately. Rigondeaux was out of the ring for over a year after being stopped in the sixth round in an ill advised move up to super featherweight to challenge former WBO 130 lb champion Vasiliy Lomachenko in December 2017. Rigondeaux was just too small and too weak for the much heavier looking Lomachenko. Rigondeaux ended up suffering an arm injury that resulted in their fight being stopped. After staying out of the ring for 13 months, Rigondeaux returned to action last January and stopped journeyman Giovanni Delgado in the first round in Los Angeles, California.

The talented Cuban Rigondeaux will be turning 39-years-old on May 22. It’s hard to say how much he has left because three of his last four fights have ended quickly within two rounds. Rigondeaux stopped Delgado and Moises Flores in the first round, and halted James Dickens in the second round. Rigondeaux has fought only four times in the last three years. The only fight that went beyond the second round during that time was his match against Lomachenko. With the inactivity, the age and the lack wins over quality fighters, it’s difficult to predict how Rigondeaux will do against a big puncher like Ceja.

Ceja last fought in May of 2018 in losing to the hard hitting Colombian knockout artist Franklin Manzanilla by a fourth round knockout. Ceja had the wrong style to be fighting a murderous puncher like Manzanilla. Ceja tried to slug with him like he does everyone, and Manzanilla showed him a quick exit by taking him out fast. Ceja might do better with his slugging style against Rigondeaux, because he’s not a huge puncher for the weight class, and he’s getting up there in age. Ceja has wins over Hugo Ruiz and Anselmo Moreno. Those are the only notable wins that Ceja has on his resume. The rest of the guys that Ceja has beaten have been journeyman or inexperienced lower level opposition.

Ceja has been out of the ring for 12 months since his loss to Manzanilla. Just based on the inactivity the fact that he was knocked out in the fourth round in his last fight, you have to conclude that Ceja shouldn’t be ranked #1 by the World Boxing Council, and he has no business being rated #1, unless the WBC ranks fighters based on a different type of criteria.

Rigondeaux has notable wins over Nonito Donaire, Joseph Agbeko, Rico Ramos, Ricardo Cordoba and Drian Francisco. Rigondeaux doesn’t have a lot of fights for a fighter with 10 years as a pro. His different promoters haven’t kept him busy unfortunately. After Rigondeaux’s big victory over Donaire in 2013, he found himself avoided by the other top fighters in the super bantamweight division. Rigondeaux wanted to fight popular British fighters Carl Frampton and Scott Quigg years ago, but neither of them looked his way. Now that Rigondeaux is older, those fighters no longer compete at 122, so they’re not looking his way now.

If Rigondeaux defeats Ceja, he’ll have a difficult time trying to deal with the size and youth of 28-year-old WBC super bantamweight champion Rey Vargas (33-0, 22 KOs). That’s a potentially bad match-up for Rigondeaux right now, but you never know. Rigondeaux is still fast, and he’s got a powerful left hand. Vargas might have problems with Rigondeaux’s boxing skills if he can’t crush him with his size, power and work rate.

Canelo vs. Jacobs: Daniel ANGRY at Golden Boy trying to weaken him with rehydration limit »