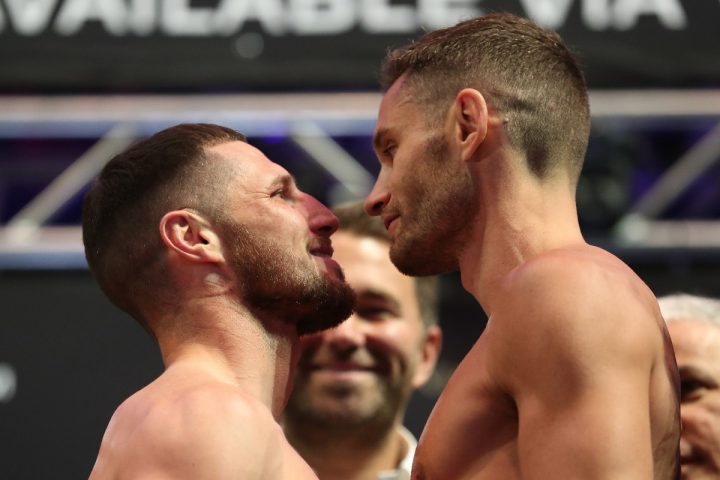 WBO International champion, CHRIS ALGIERI (23-3 8KO’s) and challenger, TOMMY COYLE,(25-4 12KO’s), faced off one last time this morning at Madison Square Garden, at the official weigh-in ahead of tomorrow night’s highly anticipated fight card at the mecca of boxing. Algieri and Coyle will do battle on Saturday night, with world title implications on the line. This will be Algieri’s first defense of his WBO International title that he won at The Garden back in January. As both promoters, JOE DEGUARDIA of STAR BOXING, and EDDIE HEARN of MATCHROOM BOXING stated at Wednesday’s presser, the winner of this fight will likely be fighting for a super lightweight championship of the world, next.

Algieri, who is no stranger to the world title stage, is looking to claim his second piece of the 140lb. crown, having won his first world title in Rocky-esque style, defeating the heavily favored RUSLAN PROVODNIKOV at the Barclay’s Center in 2014. Coyle is on the fringe of his first title shot, having previously held the IBF International and Commonwealth Lightweight Titles.

The entire card can be seen live tomorrow night on DAZN in the US, and Sky Sports in the UK. #AlgieriCoyle is proudly presented by Eddie Hearn’s Matchroom Boxing in association with Joe DeGuardia’s Star Boxing. The event is set to go live in the US at 5:30 PM/ET, live from Madison Square Garden. 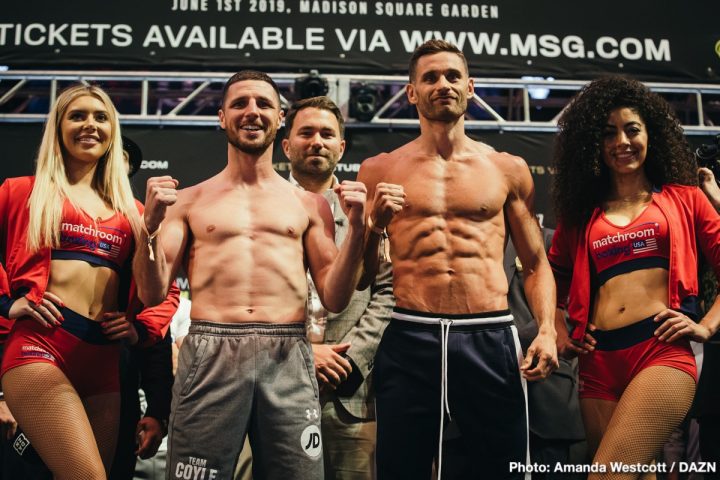 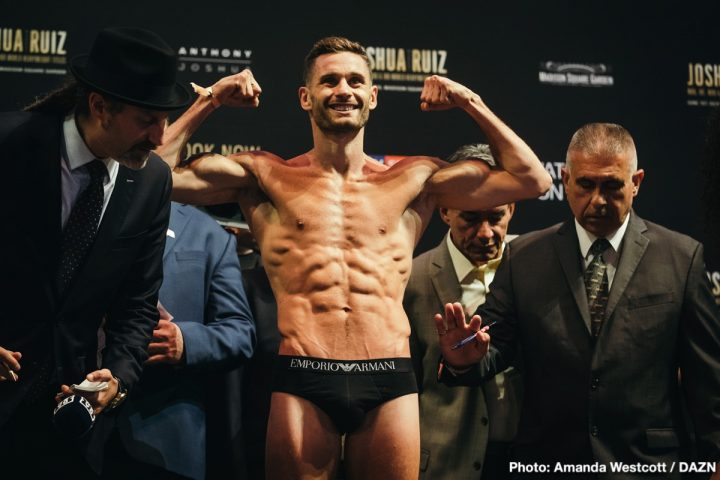 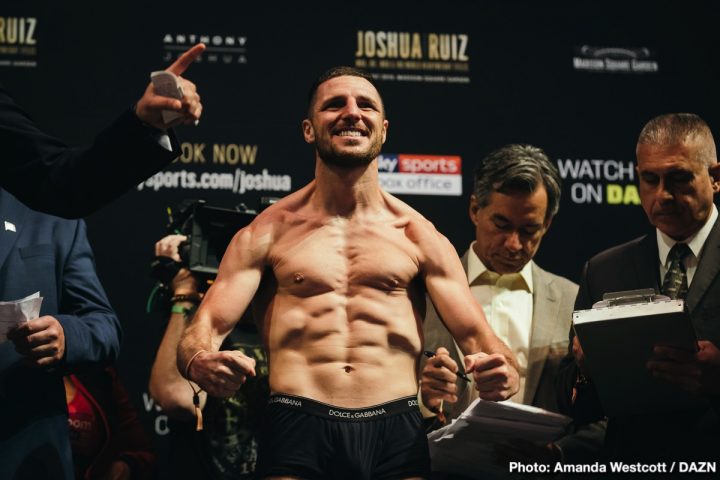 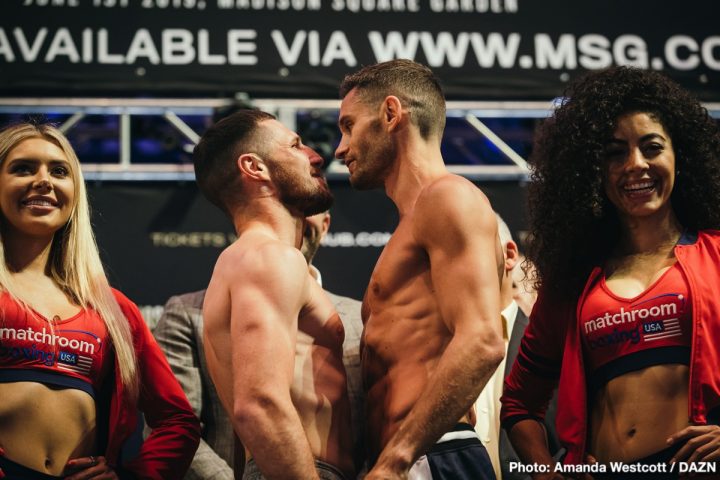 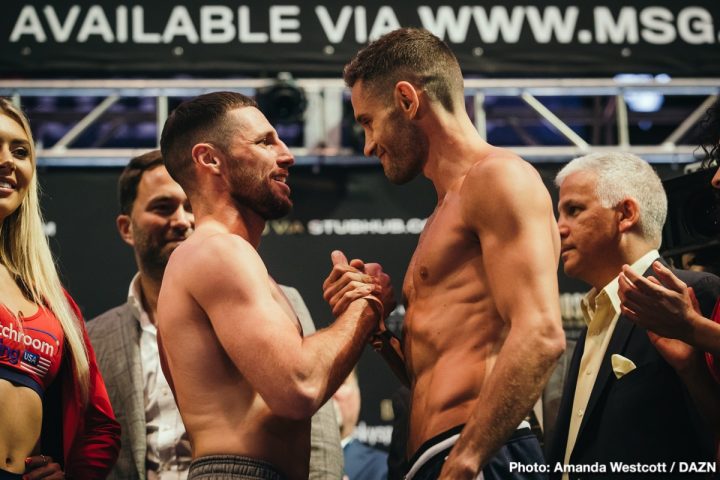 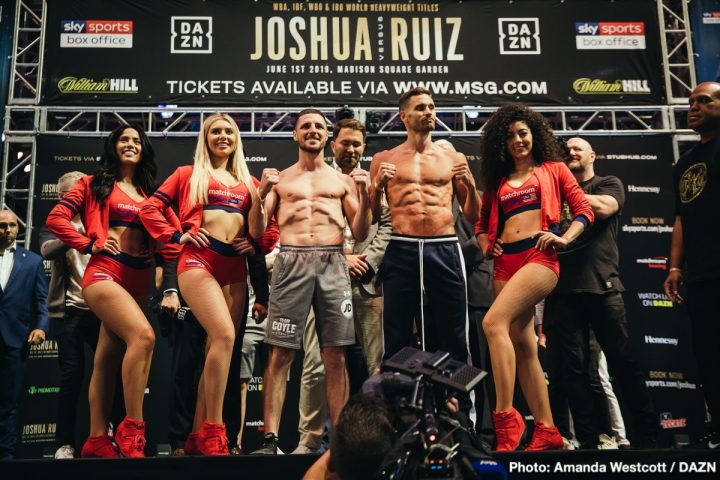 Tonight, at the world’s most famous arena, Madison Square Garden, two members of the Split-T Management boxing stable will be in action on the much anticipated Anthony Joshua – Andy Ruiz Jr. card.

In a 10-round welterweight bout, Ray Robinson takes on highly regarded and undefeated Josh Kelly for the WBA International title. In a four-round middleweight contest, 18 year-old prospect Diego Pacheco takes on Jared Chauvin.

Robinson of Philadelphia is looking to carry on the momentum of his last bout when he got a draw with number-one ranked Egidijus Kavaliauskas on March 30th in Robinson’s hometown of Philadelphia.

Ringsiders believed that Robinson deserved the nod in that contest. At Wednesday’s press conference Matchroom Boxing promoter Eddie Hearn agreed, as he stated that he thought Robinson clearly won the fight.

Pacheco of Las Angles is 3-0 with two knockouts scored, an explosive win in his American and hometown debut, when he blasted out Guillermo Maldonado on April 26th in Inglewood, California.

Pacheco of Los Angeles was the number-one middleweight in both the United States and Mexico.

Pacheco, who is promoted by Matchroom Boxing, was a 2017 National Junior Golden Gloves champion, and the 2018 United States Junior Olympic National champion.

The fights can be seen Live on DAZN and Sky Sports Box Office beginning at 5:30 PM ET. 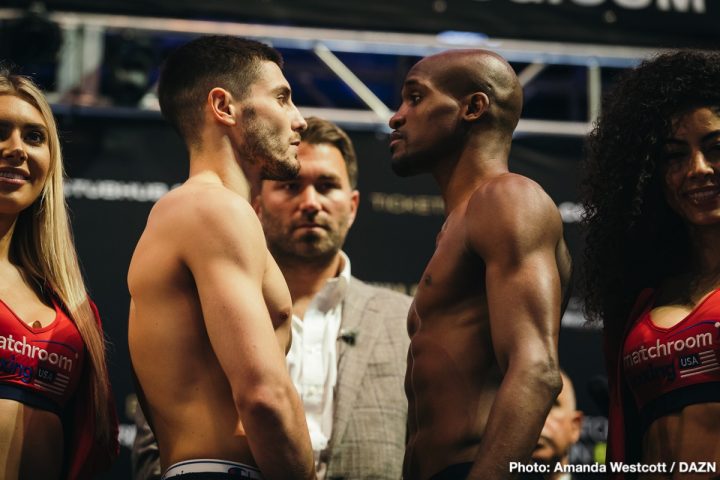 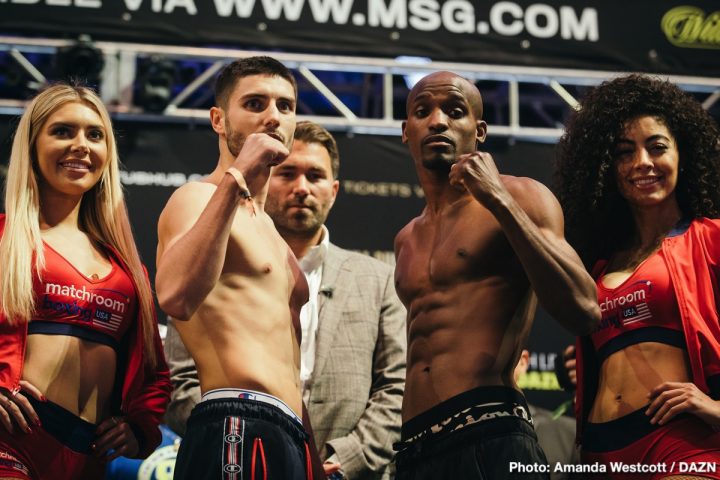 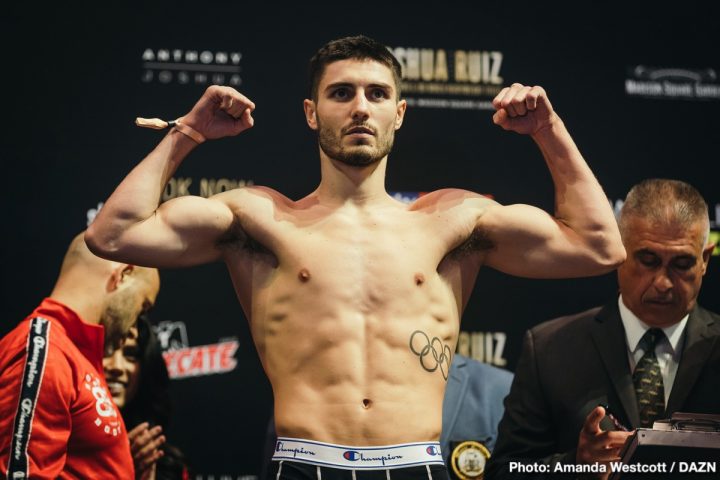 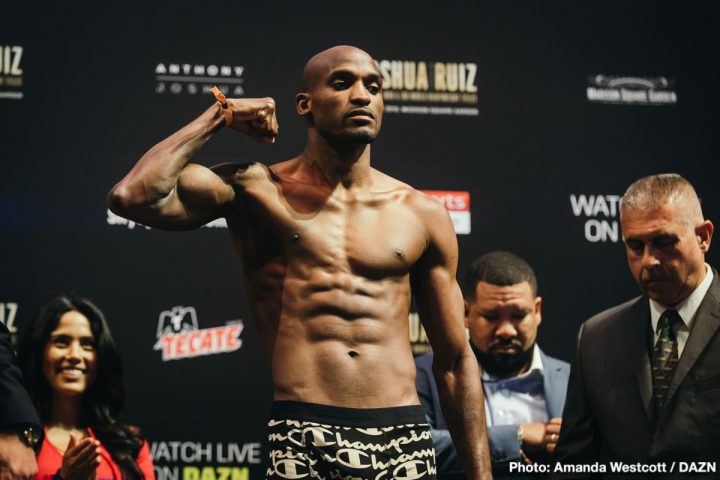 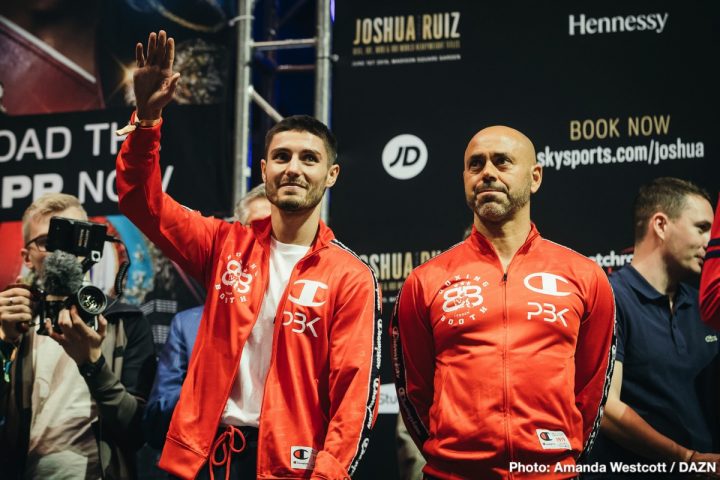