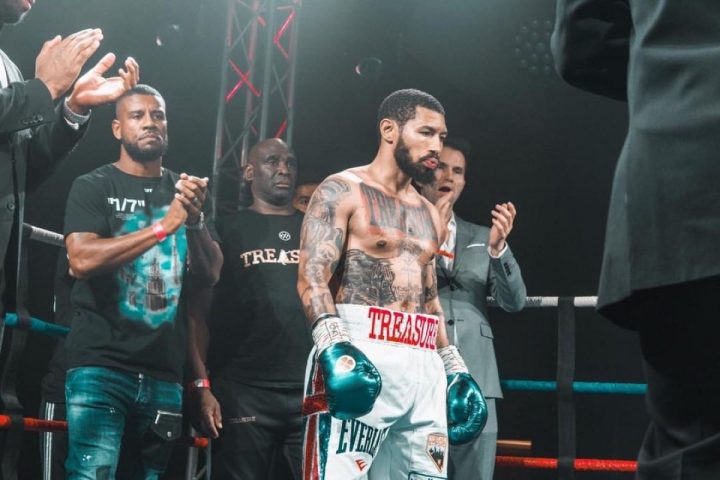 Badou Jack Promotions had a successful night at the Palm Five Jumeirah on Friday in Dubai, UAE. KSI, Amir Khan, Naseem Hamed, Mini Minter and Ahmed Al Nasheet were all in attendance.

ITP Live streamed the event of 12 boxing and mixed martial arts contests from 8pm to 1am..

The main event of Mo Ali vs Viddal Riley fell through with two days to go but Austin Nnamdi stepped in. It turned out to be a good boxing contest. The first time Riley from London, has gone the full distance after two first round knockouts.

Fatih Ulusoy was in one of the best fights of the night. Faze Sensei was upset which no one saw coming. Rohan Date added another victory and looks to be out again next month in the UK.

Combat sport is in a great place, youth and experience was on show at the Five Palm Jumeirah. A fantastic mix!

Ashley “Treasure” Theophane who was a stablemate of Badou Jack for five years in Las Vegas with Mayweather Promotions, made an appearance on the show. Narong Bunchan, who with a record of 26-6 was a tasty match up going in. He did not get on the plane for Thailand. Badou Jack promotions found a last minute replacement in Jun Paderna, who’s shared a ring with the legendary Emanuel Augustus, former world champion Gary St. Clair, and world title challenger Czar Amongst.

Jun started fast, throwing bombs whilst Ashley walked him down. Round two, Ashley came out with sharp jabs and right hands. Up close, Ashley would target the body which Jun seemed uncomfortable with. An over hand right seemed to end the contest in round two.

June 22nd at York Hall on promoter Mickey Helliet promotion is next for Ashley. It’s been 8 years since he fought in his hometown. After winning 7 straight over the last 12 months. Ashley needs a big fight. His last one was in 2016 against Adrien Broner.

At the end of the event, Amer Abdallah, CEO of Badou Jack Promotions, announced that their next promotion here in Dubai will be on the beach of Five Palm Jumeirah, later in the year.

Badou Jack, warrior in the ring, now seems to be on a path of success outside the ring. Ripper Nutrition, Badou Jack Foundation and now Badou Jack Promotions. Man of many talents! 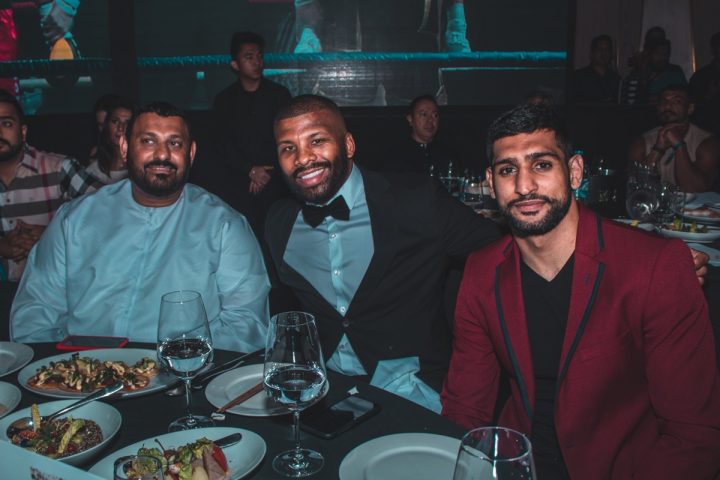 Former WBC Super Middleweight and WBA Light Heavyweight Champion, Badou Jack took another step outside of the ring and in his entrepreneurial ventures by hosting his first ever Boxing/Kickboxing card under the newly established Badou Jack Promotions & Events LLC at the Five Palm Jumeirah resort in Dubai on Friday, May 3rd.

The former 2 division champion launched his UAE based company earlier this year & plans on establishing Dubai as the “Las Vegas of the Middle East”. “Badou Jack Promotions just put on our first event featuring an amazing night of professional Boxing and Kickboxing in front of a sold out crowd on Friday and we are just getting started” stated Badou Jack.

The event, featuring 15 fights with fighters from 18 different countries, attracted media outlets and interest from around the world. Featured Boxers such as Ashley Theophane, Oscar Ahlin, & Kickboxer Atakan Arslan were some of the notable names on the card. The main event of the night featured up and coming Cruiserweight prospect Viddal Riley (3-0) vs Nigerian powerhouse Austin Nnamdi, who came in as a last minute replacement for local favorite Mohammad Ali Bayat (12-1-1). Riley displayed tremendous boxing skills against the dangerous Nnamdi, cruising to a unanimous decision victory.

“Because commissions don’t exist in this region, we brought one in from a neighboring country” explained Badou Jack Promotions CEO Amer Abdallah. “Austin’s record was 10-1 going into the fight with Viddal, but none of those had an actual commission present to report results. Even Viddal’s original opponent had well over 20 fights, but not all of them were documented properly.”

“We have some major plans to build Boxing in this region and have wonderful support in Dubai. A sold out show was exactly the outcome we had hoped for going into this.” Abdallah added. “We are looking forward to announcing our next event in the upcoming weeks.”

The event was streamed live on Fite.TV on a pay per view stream in over 175 countries. Special guests “Prince” Naseem Hamed, Amir Khan and YouTube Sensation K.S.I. were in attendance to support Badou Jack & his newly founded promotion. 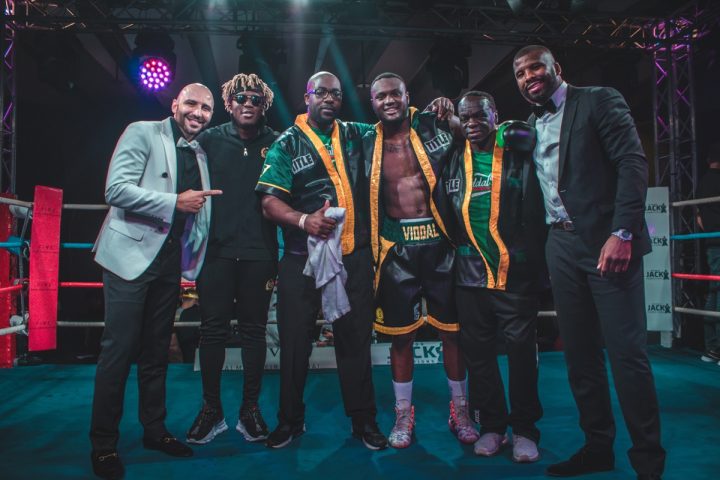 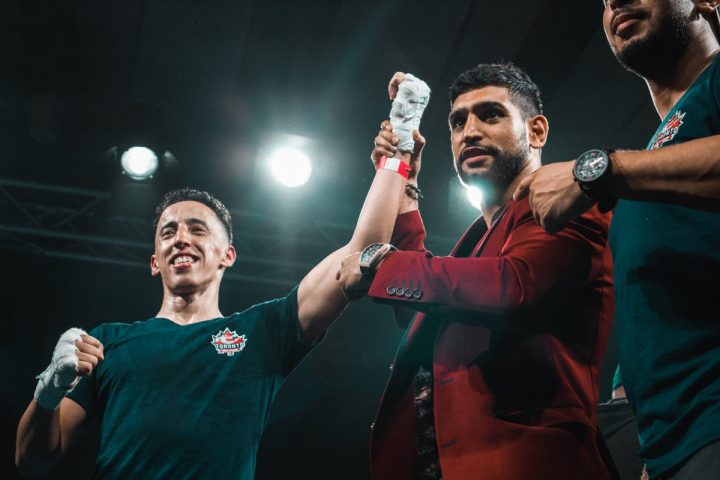