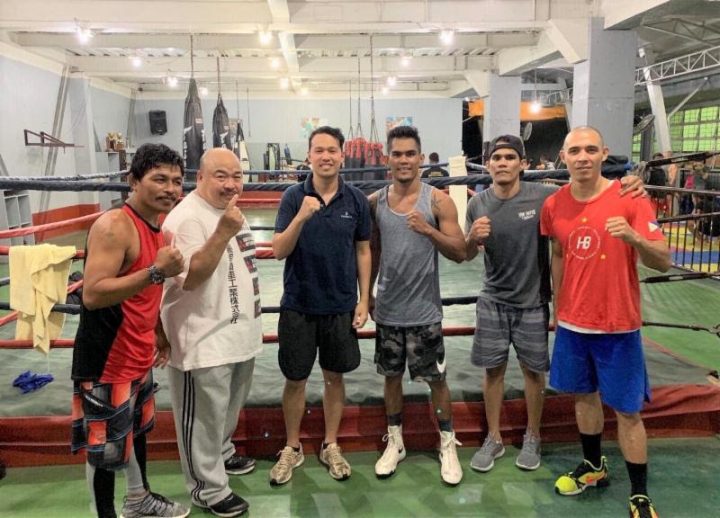 UFC Fight Pass® has the worldwide live streaming rights outside of Japan. Palicte vs. Ioka will be the first world boxing championship streamed live on FIGHT PASS, which recently finalized an agreement with Palicte’s promoter, Roy Jones, Jr. Boxing Promotions (RJJ Boxing), to live- stream up to 72 professional boxing events on FIGHT PASS through 2021.

Palicte vs. Ioka is co-promoted by RJJ Boxing and Reason Taki Promotions.

“Ioka is a very solid boxer who has good head and foot movements,” noted living legend Roy Jones, Jr., co-founder of RJJ Boxing. “He also counter-punches well. So, Aston will have to be on his ‘A’ game. He will have the edge in power, but he can’t allow Ioka to make him punch himself out.”

The first half of Palicte’s training camp for the Ioka fight was held in Manila. “Camp has been good,” Palicte reported. “I got in some sessions with my teammate, Kristian Hernandez, and American Ernel Fontanilla, in Manila. We’re training in Baguio for several reasons: focus, high altitude and sparring with Philippine National Team members.”

The 28-year-old Palicte (pictured to the left) knocked out his previously unbeaten Puerto Rican opponent, Jose “Chiquiro” Martinez, this past January 31st in the second round of their WBO title eliminator. Palicte become the mandatory challenger for the then WBO champion and fellow Filipino, Donnie “Ahas” Nietes, who subsequently relinquished his title belt rather than accept a Palicte rematch to pursue more lucrative fights than a rematch with his countryman.

“Fighting Nietes for the world title helped a lot,” Palicte added. “It taught me how to be composed and focused under pressure.”

His only two losses as a professional, both by way of 12-round split decisions, have been in world title fights to Nietes and Amnat Ruenroeng for the International (IBF) flyweight title in 2014.

Ioka, who has a 13-2 (3 KOs) record in world title fights, is on a mission to become the first Japanese boxer to be world champion in four different divisions. The only other members of this elite Nippon club are Hozumi Hagegawa, Koki Kameda, Akira Yaegashi and Naoko Fuijioka, the lone female in the group.

“Ioka is definitely a top contender and I will not look past that,” Palicte remarked. “He’s going to give it his all just as I will. We’ll stick with our game plan and everything else about his past is just background for us.”

A victory over Ioka will allow Palicte to join Filipino world boxing champions, past and present, such as Nietes, Manny Pacquiao, Pancho Villa, Flash Elorde, and Nonito Donaire, among others.

Palicte has received tips and words of encouragement from some of his world champion Filipino boxers and he isn’t concerned about fighting Ioka in Japan. “The common words everyone has given me is to put in the work,” Palicte concluded, “because training camp determines the outcome of every fight performance.

“Ideally, of course, we’d rather fight in the states, but we also have nothing but the utmost respect for Japan and its culture. We are all looking forward to the experience.”